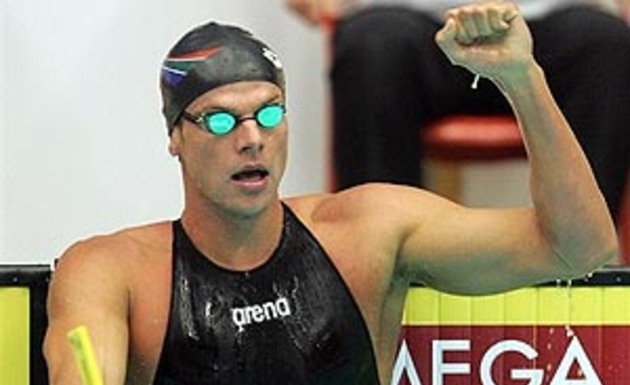 “Since I began eating E3Live, I’ve noticed an unmistakable boost in my energy. I have more stamina, I can swim faster for longer periods. My times have improved. I can now workout more intensely. Recovery time is dramatically shorter. Bottom line – E3Live makes a big difference in my performance.”

“In the surfing world, being the Triple Crown Champion is like winning the World Series. I’m always looking for that competitive edge and for ways to improve my performance.

I’m confident that I’ve found it with E3Live, which was put to the test when I was going man to man with the current worlds champ at the Rip Curl World Cup. I had just gotten wiped out by a wave and my time was running out. It took supreme stamina and mental focus to paddle back to catch the last wave that put me over the top. I’m absolutely confident that E3Live made the difference.

My first chance to test E3Live was the XCEL PRO competition. I used E3Live in my blended fruit smoothie in the morning and then made a second batch that I drank throughout the rest of the day. Mentally, E3Live helped me to stay clear-minded and focused all day. Physically, I usually feel somewhat fatigued after a twenty minute heat of non-stop paddling, but with the help of E3Live, I felt fine and eager for my next heat. In all, I surfed five heats that day and took first place in my first four heats and finished third overall out of 160 world-class competitors.

So, as we say in Hawaii, I’m “really stoked” with E3Live! Not only am I glad I finally found E3Live to boost my surfing performance, it also contributes to my overall health and well-being.” 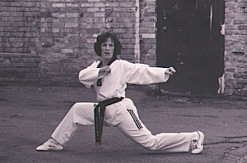 “At 57, I’m the oldest competitor to have ever won a US National Tae Kwon Do championship and a Gold Medal in full-contact sparring at an international championship. Some people might think I have a rare genetic make-up that would allow me to do what I do. Yet when I started Tae Kwon Do at the age of 46, I weighed 25 pounds more, couldn’t run a block without stopping, and was experiencing the dreaded decline of aging. Instead of my being some extraordinary exception to the rule, I now know that that superior health is available to everyone!

E3Live not only delivers more protein needed for muscle growth and repair and is a rich source of phytonutrients, it also makes a huge impact on my emotional and mental well-being. At 57, I also experience no symptoms associated with menopause. I literally have another youth to live. Two additional benefits of E3Live have been in increased memory and keeping my mood positive. E3Live is a breakthrough for the modern human being, something that can strengthen us in the face of today’s environmental, emotional and physical stress. E3Live is an important member of my ‘team’.”

“E3Live is like gold. As a champion bodybuilder, mother of four, and fitness trainer, I feel so lucky to have found E3Live – the best food source I’ve ever consumed. With E3Live, I feel invincible, fully alive, and my recovery time after intense workouts is now much quicker.”

In loving memory of Luke, one of the world’s finest athletes.

“As an athlete, I have come to learn the importance of supplements and nutrition as an integral part of peak performance. I have always found the hard work on the training field came easily, however all the health and nutrition surrounding peak performance was the last thing on my mind at the end of a hard day.

E3Live has made the uptake of many different supplements easy for me to manage by combining many of the different vitamins & minerals I was previously taking in one simple dosage. Having used E3 now in my nutrition, I have found that I am far less susceptible to fatigue related sicknesses like common colds and flu.

E3’s ability to be absorbed so quickly into my system, eliminates all the uneasy effects that most heavier supplement powders and slowly digesting pills can sometimes cause. All these components combined have led me to believe that such a high source of nutrients holds benefit to anyone wishing to provide their body with a natural intake of the most nutrient dense substance’s imaginable.”

“E3Live is the product every athlete dreams of. After only two weeks in training, I was seeing time-improvements that would normally take me two months to achieve. Nothing I’ve ever had before compares to E3Live. I’ve never loved life so much. I feel very privileged to have had the opportunity to learn of such an amazing food.”

“E3Live gives me that ‘edge’ over my competition. I now have much higher energy levels, and my body’s ability to cope with hard training sessions has improved. E3Live also helps post-workout recovery and overall feelings of well-being, helping to regenerate my energy stores much quicker after high-intensity workouts.”

“After taking E3Live, I have experienced an incredible increase in my endurance. I feel like I can keep going. I have increased my times, my recovery is much, much faster, and I don’t feel fatigued at the end of my workouts, I feel energized. This food is absolutely fantastic – and VERY powerful! The results we are seeing are phenomenal.”

“I received a food called E3Live, not believing it could help me. I started eating it right away. After a couple of days, I felt incredible! My workouts were more intense; my endurance was greatly enhanced. My energy levels were sky high. Not to mention my mental acuity. And most importantly, I feel healthier.” 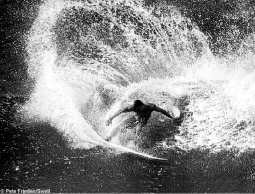 “Professional surfing is an incredibly demanding sport, both physically and mentally. The level of competition out on the waves gets more intense all the time. The super-nutrition of E3Live has given me an amazing increase in energy and endurance. E3Live has definitely brought me to a higher level of performance. E3Live has improved my overall physical and mental health.

E3Live has absolutely done wonders in my life. When I compete in international events, I now have the strength to paddle as hard as I can, which raises my level of performance. I’ve experienced a tremendous increase in my mental quickness since I added E3 to my training regimen. I feel 15 years-old again.”

In loving memory of Randy, he was an inspiration to our entire E3Live family. Randy passed away Feb. 25, 2005 after being struck by a car while riding his bike. “I am at peace with my disability and I accept my position in life. Sports feeds my soul and soothes my heart.” – Randy Caddell 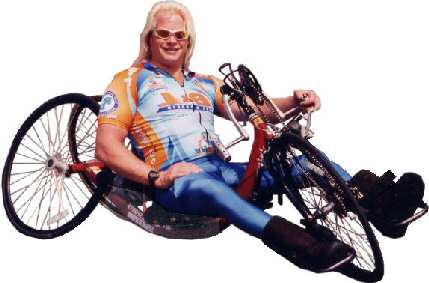 “After my 1987 motorcycle accident, I thought my life was over. God had other plans. To win the Ironman, I’ve had to train year-round. The Ironman consists of three nonstop, back-to-back events, a 2.4 mile ocean swim, 112 miles of biking, and a full marathon run of 26.2 miles.

E3Live gives me what I need to be at my competitive best. As a brain food, E3Live fuels my mental motivation to excel and to actualize my potential. On the physical level, E3Live gives me a sustained surge in energy and endurance. This translates into faster times and less recuperation time. I never train or compete without my E3Live.”