Women have been seduced by the promises of estrogen. As a young woman, estrogen in birth control pills kept you from getting pregnant. Estrogen also may have been used to keep your periods regular and acne clear. For gals over 40 this hormone is touted to keep bones firm, libido up and keep all of the nastiness of menopause at bay. 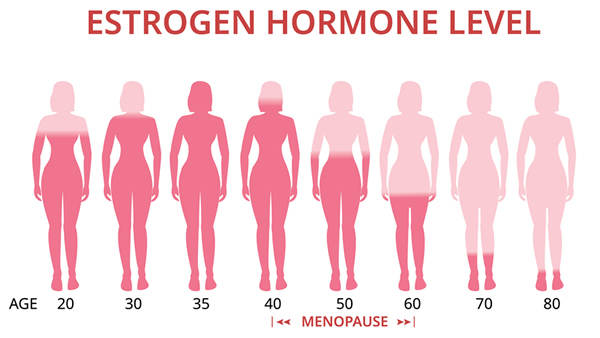 So, what has almost 50 years of treating women with estrogen taught us?

The lessons are these: Estrogen is good for 6 things:

If we count the problems of xenoestrogen, estrogen like substances found in the daily environment from: Petrochemical fumes, insecticide, synthetic fertilizers, and all soy products, then we increase the number of side effects to the general population substantially.

“So aside from not letting a girl get pregnant, what good is this estrogen stuff anyway”? Many thinking docs are asking themselves the same question. Estrogen dominance is a problem today for both sexes and all ages. But wait you ask, “I’m menopausal how can I be estrogen dominant! I’m having the night sweats and hot flashes to prove I don’t have enough estrogen”.

Well it’s very possible to be in full menopause with all of the symptoms thereof and still have estrogen dominance. Your period has stopped; your childbearing years are behind you. Your body is making less of the all of the sexual hormones and it makes adjustments according to what the hormone did. For example, aside from estrogen a woman’s sexual hormones include Progesterone and Testosterone. (Yes, you gals had quite a bit of the T stuff, it’s what made you horny when you were younger; and you thought it was just a guy thing)! Progesterone is what kept you pregnant. Levels go up to 486% higher than normal by the second trimester of a pregnancy. Well your body knows it’s baby making days are gone so, you don’t need the sexual desire any more – out goes the Testosterone; and you’re never going to carry a baby again so – out goes the Progesterone. What is the only hormone you make in any measurable amount during and after menopause – Estrogen. You’re not making as much of the stuff as you did before, but compared with the P and the T hormones, whose production is nearly zero, it’s about all your making; so Bingo, Estrogen dominance.

“Yeah, so what”, is usually the next reply. Well here’s the so what, aside from carrying babies:

Despite the hype for estrogen and soy, the dangers of these products are becoming clearer every day and their victims are increasing in their numbers. The product litigation lawyers are sharpening their knives to go after the Estrogen drug companies like they went after the tobacco corporations. In ten years or less all women (and doctors) will know of the dangers of HRT and estrogen like substances in general.

Why wait, get off the estrogen train before it derails or runs you over.