This topic is especially touching for me, because I have lived through years of mercury-induced hell-on-wheels. In fact, the main reason I gave up my career in management consulting – to start this online service – was to help people like you reverse the effects of degenerative illness, chronic disease and pain.

I invested over 20 years of study in my own quest to recover from the health disasters I suffered as a result of a dozen “harmless” mercury fillings in my mouth. I am not writing some second hand reviews here.

I walk my talk… I’ve been there, done that and have the T-shirt!

If you’d like to read my whole story, here it is… “Founders Story“.

Two quite prevalent toxins come from:

Here’s how to cleanse for long term health…

Most customers say that they feel happier, healthier, more energetic, have clearer thinking and younger looking skin! They also say that bowel movements are more normal.

All of us are exposed to toxic heavy metals from numerous sources today, including contaminated air, water, soil and food.

Extremely Safe and Non-toxic
Ultra Liquid Zeolite is completely non-toxic and safely and completely eliminated after 5 to 7 hours. Captured toxins are deactivated so you have no side-effects as toxins are eliminated from your body. Please know the importance of drinking plenty of water (8 to 10 glasses a day) when taking zeolite.

There are so many sources of toxic heavy metals:

Ultra Liquid Zeolite is a dietary supplement preferred by many cancer patients, cancer survivors as well as healthy children and adults (research and clinical reports further below).

Detoxify your system of all electro-positive pollutants, including toxic heavy metals, mercury, pesticides, herbicides, volatile organic compounds, radioactive elements and others without removing beneficial and essential minerals like calcium, magnesium and zinc.

This process helps support your immune system and defend against a broad range of bacterial infections, chronic conditions and viruses – without additives, chemical reagents and no taste or smell.

Not everybody will get sick from heavy metals.
25% of the population is free from the inherited challenge of not dealing well with toxin elimination. It is the MTHFR gene mutation that limits your ability to get rid of industrial toxins, among other things.

We have both direct personal experiences, and reported data that shows the power of Zeolite. Easy for your body to use, it binds to harmful heavy metals and removes them from your system. Check out a few reviews from people that have used Ultra Liquid Zeolite:

“I have personally cleared up colon polyps with this product and also used it on strange skin tags that kept showing up on my son. I have reordered several times now.” ~ Bridget Mitchell (June 3, 2015)

“Excellent. Take it just when you feel you are getting a cold and it will stop.” ~ Harold

“It’s only been a week and I’m already feeling great.” ~ Cameron

“Several days in and can already tell a difference. Worked better than I anticipated. I feel healthier.” ~ Jane

Removes Toxic Heavy Metals
Ultra Liquid Zeolite has the perfect molecular structure for latching on to and then removing heavy metals (including radioactive ones) from the body, including mercury, cadmium, lead, arsenic, aluminum, strontium and excess iron.

Helps Remove Pesticides, Herbicides & Dioxins
These chemicals are prime candidates for triggering cancer and disrupting hormone balances,so it’s critical to remove them from your body as quickly as possible.

Reduces Absorption of Nitrosamines
These substances can be found in processed meats (bacon, hot dogs, deli meats, etc) and are linked with pancreatic, stomach and colon cancer, as well as Type II diabetes.
Ultra Liquid Zeolite captures these toxins in its molecular cages, then safely eliminates them before being absorbed into your body.

Helps Balance your pH to Healthy Alkalinity
Ultra Liquid Zeolite acts like a pH buffer, helping to prevent acidic conditions in your blood and cellular fluids that encourage low immunity and diseases. All disease exits in an acidic environment.

Helps Reduce Risk of Cancer
Ultra Liquid Zeolite removes toxins that can cause cancer (75% or more of cancers may be toxin related).

Reduces Symptoms of Allergies
Ultra Liquid Zeolite can capture some of the the antigens that cause allergies, migraines, and asthma, and in so doing it helps to reduce the symptoms.

Immune Modulator
May effectively regulate an underactive or overactive immune system back to normal. Most diseases and illness occur when the immune system is unbalanced.

Helps Prevent Premature Aging
By removing the toxic load with Ultra Liquid Zeolite, your body’s normal repair and regeneration mechanisms are freed up to work efficiently.

Extremely Easy and Pleasant to Take
Ultra Liquid Zeolite is a small bottle of tasteless liquid that can be taken with or without food. No messy powders. Most serious detox solutions are difficult to take, taste unpleasant, and can leave you feeling drained because they indiscriminately remove healthy minerals as well.

Fulvic Acid – Miracle Molecule for Your Health
Attracts to itself 3 times its own weight in heavy metals or radioactive isotopes and alters the ionic form of those toxins into non-toxic elements. Pain, irregularity, disease and stress decrease and in many cases disappear, bringing about a more balanced healthy mind and body. Your hair, teeth, bones, skin and cells will rejuvenate and glow with optimum health when you take fulvic acid as part of your daily regime.

Humic Acid – Powerful Antiviral
Now you can block viral infections and stay healthy, even in high exposure times. Humic Acid has been shown in independent studies to coat and isolate a virus before it can attach to the cell and multiply (Viral Fusion Inhibitor). When a virus cannot attach to a cell, it is vulnerable to attack by the immune system. It has been proven in studies to be effective against a wide variety of viruses. Humic Acid helps your intestinal terrain to digest foods correctly and to eliminate infectious invaders effectively.

M-Water
Super-hydrate your cells and enhance your cell’s absorption of zeolite, elimination of toxins.

Minerals
Revitalize your body with minerals lacking in most diets – experts estimate 90% of Americans suffer from mineral imbalance and deficiency. Proper mineralization may help slow, reduce or reverse aging. Ultra Liquid Zeolite contains 72 natural ionic angstrom-sized trace-minerals for cellular repair and regeneration. Most trace elements need to be in ionic form to be well absorbed.

Lead
Lead will slowly and severely weaken your body, displacing calcium in your bones (weakening them and slowly causing one type of osteoporosis), and it replaces calcium in your blood cells, damaging the blood. Lead can also raise uric acid levels and impair kidney function leading to gout.

Mercury
Often settles deep in the tissues of the brain, kidneys and liver. Mercury is found in dental fillings, many prescription and over-the-counter remedies and vaccines. Hundreds of symptoms are linked to mercury toxicity.

Arsenic
Arsenic is a left-side poison, affecting the heart and the left side of the brain. It’s is added to salt (but NOT our pure Himalayan Crystal Salt – please check it out). Many lakes are contaminated with arsenic which poisons the fish, and many herbs are contaminated from water and soil. Arsenic is found in beer, wine, rice and butter. It is used as pesticide on fruits and grapes. Arsenic is a powerful enzyme poison and disrupts the adrenal glands.

Liquid Zeolite is composed of the zeolite subgroup called “clinoptilolite” the type of zeolite that has generated such amazing results in laboratory testing. Liquid Zeolite is much more effective than zeolite powder.

To assure a 100% safe liquid zeolite formula, each batch is gently pasteurized, then 3rd party independently tested for purity to assure NO detectable levels of bacteria (most big name chocolate bars are allowed to contain more bacteria).

Ultra Liquid Zeolite is produced according to Good Manufacturing Practices (GMP) in an FDA licensed and GMP certified manufacturing facility. 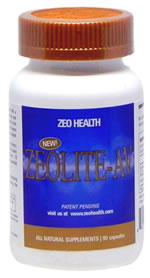 Research and Clinical Reports are Impressive: 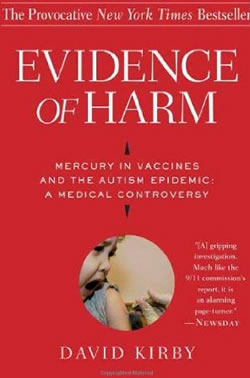 One controversy looks likely to fester.
Big Pharma would love to put it to rest, but this well-researched book is likely to push the issue to the forefront.

The debate centers on whether the use of toxic mercury as a preservative in vaccines for infants has played a role in the surge in autism cases.

No answer proving or disproving a link has emerged, but in this book, author David Kirby sympathizes with the drug industry’s opponents: the parents of children with autism who cannot otherwise account for it.

Cleanse Your Way to Better Health with Zeolite