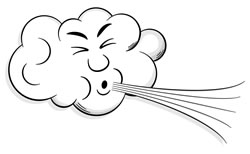 Hold onto your hats because this newsletter might seem “way out there” and blow you away.

That’s OK – most people have not.
You’re in for a treat!

ORMUS Alchemy is an easy path to healing and enlightenment. No Joke.

Do You Seek Healing and Enlightenment?

Believed to help cell to cell communication, ORMUS can…

ORMUS elements allow the expression of more spiritual intelligence through your body and mind, enabling a more integrated, holistic state of functioning. In ancient times this “Food of the Gods” was the key to growing in body, mind and spirit, with compassion, love and light.

For a renewed sense of spirit and energy.

If you’ve never heard of ORMUS, then let’s start at the very beginning. The term ORMUS comes from Orbitally Rearranged Monatomic Elements (ORMEs), an attempt to describe the nature of this unusual phenomenon. ORMUS is the material alchemists have sought – the magic elixir of longevity.

A medieval chemical philosophy that transforms base materials into gold, or the magic elixir of longevity. This ancient practice has been passed on for thousands of years by adepts and spiritual seekers. Recently rediscovered, we present it here for those enthusiasts wanting access to alchemical healing by competent practitioners.

Throughout history, mankind has searched to understand the mysterious workings of the physical and spiritual worlds. Some individuals were content to accept the explanations offered to them by the religious leaders of their time. Others of a more adventurous spirit often tried to investigate things for themselves.

Alchemical ORMUS products are not well known, yet very powerful nutritional supplements. They operate at the vibrational level of interface between our physical world, and the vibrational realms from which our driving forces originate.

Many people equate alchemy with the quest to turn less desirable, or base metals into gold or silver, and indeed this was often the goal of the alchemist. Others maintain that the stories of Alchemists transmuting lead or tin into gold or silver were just that – stories intended only for entertainment.

The real alchemist’s pursuit was to transmute his own “base” soul into its more heavenly or “golden” aspect. The truth lies somewhere in between.

If you’re interested in a fast-track way to higher consciousness, then Ocean Alchemy has your ticket – several different tickets actually.

Key instruments for your pursuit of ascension.

Move forward and grow in body, mind and spirit with compassion, love and light.

What you need to know
Before taking ORMUS Supplements…

ORMUS materials are a link between our material world and the non-material worlds, and are easily imprinted with the energy of thought forms.

Before ingesting, you should use meditation, prayer, or other loving methods directed towards the product, to encode your intentions into the medium.

You may also use radionic programming techniques, including writing your intentions (words) on paper that you set your product upon.

Life Enthusiast brings you selected ORMUS products of finest quality. Each one of them varies slightly from the others. We recommend that you try several, in order to decide which works best for you. These products have provided many people with general health support, rejuvenation, and spiritual practice enhancement.

We can assure you that these products are safe – they have been tested at 20 to 50 times recommended dosage, and still produce no serious problems other than healing reactions. Their long term use will lead to rejuvenation of your whole body.

Nano particles are much smaller than atoms, one-billionth of a meter in size (twenty million nanos are the size of one atom).

While our visible world is three-dimensional (having width, length and depth), a nano is two dimensional: if it were turned on its side, it would disappear. Without depth or weight, but with a large surface area, a Nano holds an enormous amount of energy. It is this two-dimensional characteristic that gives a nano its incredible amount of un-spent energy. But this energy is not in every atom. Very few sources of this power exist in concentrated quantity.

ORMUS is Naturally Found in Nature 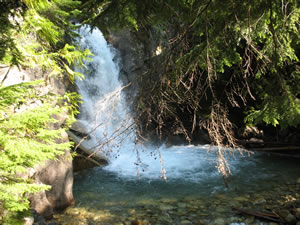 Nano particles containing ORMUS are abundantly available in nature and can be extracted from volcanic sources, gold bearing ores and sands, and even sea water.

They can also be produced from precious metals, using ancient but recently rediscovered alchemical techniques.

Unseen and Immeasurable?
Nope… when a tree is planted in a pot, placed in appropriate light and watered regularly, it will grow, gaining in mass and weight. Research has proven that this growth is more than the sum of the pot, plant, soil, water and light. Plants are capable of forming elements that did not preexist in their external environment. Some believe the gain is from absorbing and concentrating the ORMUS elements from the soil and light they grow in.

Nourishment for Your Light Body

Throughout history, ingesting ORMUS has been a magical and important practice for many peoples. We feel these are major contributors to the unique effects reported.

If you have an adventurous spiritual nature,
then you MUST try The Gift