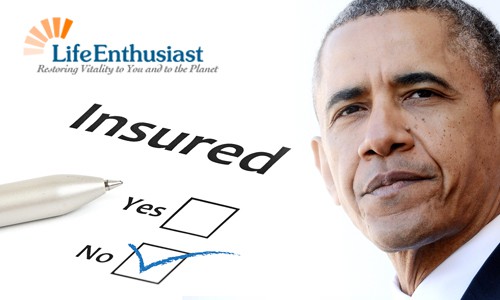 The Affordable Care Act. People either love it, or hate it. Not everyone, not even its creators, fully understand the whole bill. Even democratic politician Nancy Pelosi said: We have to pass the bill so that you can find out whats in it. Sounds like someone who really dedicated hours and hours of their time to study the bill in great depth! It might take days, or even weeks actually, as Obamacare statuses and its implementing regulations are described in more than two million words, and as a signed law it is formatted to 961 pages. To this day, many people are confused by some of the parts of the actual law. Lets break it down a little.

Many people benefit from the reform, or at least it seems like they do. Some individuals might actually get what they were not able to get before Obamacare, but when we look at the bigger picture, it is not that optimistic. First of all, lets talk about what insurance really means. Car insurance probably wont cover us when we get a flat tire. Home insurance is not going to help in the case of that neighbor kid breaking our window with a baseball. But we are told to pay for every single contact with a medical provider, even just during a routine visit or a brief consultation. That is not insurance, that is actually a transfer payment system. Stan Hupfield, former President and Chief Executive of INTEGRIS Health describes this twisted idea of health insurance as taking little money from many people to cover the extraordinary losses of few people.

Where will the insurance companies get the money to cover everything? Increases in taxes, increases in costs, and increases in fines, is where. The basic idea of Obamacare is that you either have insurance, or pay the fine. If your employer does pay insurance for you, you are okay and nothing really changes much for you. Things get more complicated if your employer does not pay for your insurance, then its up to you to pay for it on your own. Its not all that easy, because if you don’t make enough money, you still might not be able to actually afford payments for the insurance under the Obamacare system. Sure, you still can apply for Medicaid insurance, but not every state in the US decided to keep the Medicaid option. So if you don’t pay into your health insurance, you have to pay a penalty. In 2014, the penalty was $95 per adult or 1% of their taxable income, whichever was greater. In 2015, it raised up to $325 per two adults or 2% of their household income. It is believed that these penalties will grow even more with time. If you are an owner of a business and you have more than 50 employees and you don’t cover their insurance, you better make sure they can afford to pay into it themselves. If you don’t pay them enough so they can get it, chances are that YOU will be the one paying the fine too.

In 2008, when President Barack Obama started working on this bill, officially named The Patient Protection and Affordable Care Act, he promised Americans two things. First, that they would be able to keep their doctors, their insurance companies, and also their insurance plans if they were happy with them. Second, he committed to lower annual premiums of families by $2,500 by the end of his first term as president. None of these promises were fulfilled. Over 60 million people had their insurance plans canceled by insurance companies, because with the new bill, they no longer met the requirements of Affordable Care Act to keep their plans. As far as the second promise goes, before the end of Obama’s first presidential term, family premiums increased by $3,065. That is pretty shocking and quite the opposite of what was guaranteed to US citizens.

If all this doesn’t make you say Wait, something doesn’t add up here, get this. After the Obamacare bill passed and was signed by congress, parties, politicians and whole districts that voted to support the bill, many asked for special exemptions from the system for themselves, their families, and their staff. Those exemptions were not approved by congress and therefore are illegal, but they were still granted by President Obama. The state of Massachusetts even received a waiver for the whole state. So people who supported the bill the most, who were fighting to pass it, who believed in the system or the new health insurance reform, those people want to be and are now excluded from it.

The biggest enemy of your health is your behavior. We dig our graves with our teeth, and with our habits. Nutrition, exercise, clothing, makeup, air, water. We fill and cover our bodies with dead food and toxic chemicals. We eat food that is devoid of nutrients our bodies need: enzymes, minerals, trace elements and a long list of necessary nutrients. When you eat food bought in your grocery store or cooked in your fast food restaurant, you are eating food stripped of nutrients, yet filled with toxins. You can never eat enough to feel nourished. No sooner you finish a meal your body screams for more nutrients. So you eat again. You consume lots of calories, but not enough nutrients. Your body screams for more.

When you get sick, the health insurance is your worst enemy. People with insurance go for procedures not because they are needed, but because they are covered. And doctors compound the problem. Their entire belief system about health, illness, its causes and cures, is based on the wrong premise that healing comes from without, rather than from within. As if lack of health could be caused by lack of some concentrated pharmaceutical poison. A headache is NOT caused by a deficiency of a pain killer. That would mean that we evolved in a chemical factory, not in the tropical forest.

The only insurance solution that has a chance of working is when we establish universal coverage for catastrophic illness and couple it with high deductible on annual claims that allow us to claim all health and fitness related expenses as tax deductions. These would include drugs, supplements, therapies, fitness, and possibly even organic food and clean energized water all expenses related to care of our body. Consumers would soon enough figure out what works, and do the right thing. They are not stupid, they have only been taught to do stupid things. Imagine what it would do for the employers when they would no longer have to pay health insurance coverage. They could just hand the same money to the employees. The insurance companies would have a fraction of the claims to process that they do now, thanks to the high deductible.

Is Obamacare really a miraculous way to save Americas health system, or is it just a market driven band-aid provided by politicians to keep their own butts in comfy chairs and mutually wash (or grease?) hands with Big Pharma, insurance companies, and medical lobbies? Even if you personally benefit from Obamacare right now, you deserve to be informed. Do the right thing empower people. Learned helplessness feeds the corporations.