Water: The Fluid of Life 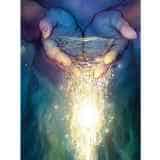 All forms of life on Earth are sustained by water. We humans are about 70% water by weight.

Water is involved in almost every process – from adjusting the body’s temperature to assisting in nutrient digestion. Water is the basis of all bodily fluids, it carries nutrients in and toxins out of the body.

The chemical reactions that support life take place in a water medium, with water being both an important reactant as well as a product of these reactions. It can be said that the chemistry of life is water chemistry. For the body to function properly, it must be hydrated properly. Moreover, the qualities and properties of the water we drink can determine the quality of our health.

Most of us are not drinking enough water in our daily life. We drink liquids such as coffee, alcohols, teas, soft drinks, juices, milk – but that is not the same as drinking water. Some people have difficulty drinking even two pints of water each day. Once you start drinking at least 8 pints of good water daily, you will be able to rejuvenate most of your tissues. If you are interested in “youthing” instead of aging, you must supply your body with adequate water to carry out its functions.

Drink good fresh, clean water – not water that is contaminated with bacteria, chemicals, and devoid of important minerals. When you drink water treated with Biotite Liquid Crystal Minerals, you will have begun the process of “youthing”.

What happens if you don’t drink enough water? Your body becomes DEHYDRATED!

Water plays a role in every process occurring in your body, right down to the cellular level. We can go without eating for a month or more and still survive, but death is almost certain within a matter of days without water. It is ironic that water deficiency is so common in North America, where potable water is plentiful.

Symptoms of Dehydration in Children and Infants

Reverse osmosis refers to a process of water purification that was developed primarily for the desalination of seawater and to be used for photo and print shops! To understand reverse osmosis, it is first necessary to understand osmosis.

Osmosis is the term for the phenomenon whereby if a semi-permeable membrane separates two salt solutions of different concentration, water will migrate from the weaker solution through the membrane to the stronger solution, until the solutions are of the same salt concentration. Reverse osmosis subverts this process. It involves applying pressure to reverse the natural flow of water, forcing the water to move from the more concentrated solution to the weaker. The semi-permeable membrane is porous, allowing water to pass through, but blocking the passage of the bulkier salt molecules.

The semi-permeable membranes for reverse osmosis treatment are generally constructed from polyamide-based materials. These materials are resistant to biological degradations, but are subject to chemical attacks from chlorine.

Reverse osmosis has been used as a method of purification for ground and surface fresh water, in addition to its role as a desalinating agent. Working with such water sources creates some problems for the reverse osmosis system. Because of the very small pore sizes involved in the membrane, it is vital that ground and surface water is adequately pretreated prior to the reverse osmosis process. Depending upon the hardness of the water involved, scaling of the membrane is likely to occur. If the concentration of the calcium or magnesium in the water (the chemicals that determine waters hardness) is at a high enough level where the chemicals are insoluble, it will create a hard mineral on the inside of the membrane, rendering it useless.

The semi-permeable membrane used in reverse osmosis contains tiny pores through which water can flow. The small pores of this membrane are restrictive to such organic compounds as salt and other natural minerals, which generally have a larger molecular composition than water. These pores are also restrictive to bacteria and disease-causing pathogens. Thus, reverse osmosis is incredibly effective at desalinating water and providing mineral-free water for use in photo or print shops. It is also effective at providing pathogen-free water. In areas not receiving municipally treated water or at particular risk of waterborne diseases, reverse osmosis is an ideal process of contaminant removal.

The reverse osmosis process contains several downsides which make it an inefficient and ineffective means of purifying drinking water. The small pores in the membrane block particles of large molecular structure like salt, but more dangerous chemicals like pesticides, herbicides, and chlorine are molecularly smaller than water. These chemicals can freely pass through the porous membrane. For this reason, a carbon filter must be used as a complimentary measure to provide safe drinking water from the reverse osmosis process. Such chemicals are the major contaminants of drinking water after municipal treatment.

Another downside to reverse osmosis as a method of purifying drinking water is the removal of healthy, naturally occurring minerals in water. The membrane of a reverse osmosis system is impermeable to natural trace minerals. These minerals not only provide a good taste to water, but they also serve a vital function in the bodys system. Water, when stripped of these trace minerals, can actually be unhealthy for the body.

Reverse osmosis also wastes a large portion of the water that runs through its system. It generally wastes two to three gallons of water for every gallon of purified water it produces. Reverse osmosis is also an incredibly slow process when compared to other water treatment alternatives.

What Chemicals Does Reverse Osmosis Reduce or Remove?

Although reverse osmosis supplies useful, mineral-free water for printing purposes, it does not provide the healthiest drinking water. Reverse osmosis will remove several mineral and chemical materials from water, including salt, fluoride, lead, manganese, iron, and calcium. Reverse osmosis, because it removes minerals according to physical size, is non-selective in its removal of dangerous and beneficial minerals. Clearly, mineral contaminants like salt, fluoride, and lead should be removed from drinking water, but minerals like iron and manganese, because they are essential to natural body processes and important components of drinking water, should be left in that water.

Distillation is a water purification process that uses a heat source to vaporize water and separate it from contaminants and other undesirable elements commonly found in ground and surface water.

Distillation heats raw (untreated) water until the water reaches its boiling point and begins to vaporize. The heat is then kept at a constant temperature to maintain water vaporization while prohibiting other undesirable elements from vaporizing. Water has a lower boiling point than salt and other mineral sediments. This process also separates the water molecules from microscopic, disease-causing organisms. Once all of the water has vaporized, the vapor is led into a condenser, where, upon cooling, the water reverts to the liquid form and runs into a receiving container. The remaining elements, whose boiling point was too high to permit vaporization, remain in the original container and constitute the sediment. Because the distillation process can never ensure a complete separation between water and other materials, it is often repeated one or more times with the treated water. Many alcoholic beverages, like brandy, gin, and whiskey, are distilled, using an apparatus similar in constitution to the water distillation apparatus.

Aside from desalinating water, the distillation process will reliably remove bacteria and viruses and dangerous heavy metals like lead, arsenic, and mercury. Distillation is ideal for recipients of non-municipally treated water, due to the particular challenges and heavy contamination of raw, untreated water. For this reason, distillation is often used as the preferred method of water treatment in developing nations that must work with heavily contaminated, untreated drinking water. Distillation is extremely effective at the removal of bacteria and often used in areas at high risk of waterborne diseases. Distillation also removes soluble minerals like calcium, magnesium, and phosphorous that may harden water and increase the occurrence of scaling.

The distillation process contains several elements that make it undesirable for purifying drinking water. First of all, while the vaporization process will strip water of salt, metals, and bacteria, the boiling point of most synthetic chemicals, including pesticides, herbicides, and chlorine solutions is lower than the boiling point of water. Synthetic chemicals are the major contaminants remaining after municipal treatment. Distillation does not remove these harmful chemicals.

Because this process must be repeated several times to ensure significant water purity, it could take several hours to provide one gallon of cleansed water. Generally, distillation requires five gallons of tap water to generate one gallon of purified water.

Finally, distillation, like reverse osmosis, strips water of natural trace elements. When these elements are removed from water, the hydrogen composition becomes greater in proportion, making the water very acidic. Several studies have proven that drinking distilled water, stripped of minerals, can actually be harmful to the body system. Long-term consumption of such demineralized water can result in mineral deficiencies in the body. Though the removal of trace minerals creates water that is ideal for use in photo or print shops, it creates tasteless and even unhealthy drinking water.

What Chemicals Does Distillation Reduce or Remove?

Distillation removes chemicals similar to those removed by reverse osmosis, but in a different manner. Distillation, through its water evaporation process, will remove any chemicals or organic materials with higher boiling points than water. Such chemicals and organic materials with higher boiling points include bacteria, minerals, trace amounts of metals, many volatile organic chemicals, and nitrate. It strips water of nearly all of its natural minerals. Many of the minerals the distillation process removes are vital to the bodys natural processes. The distillation process is not selective in its removal of minerals, and it strips water of both dangerous and valuable mineral compounds.

The distillation process alone CANNOT remove dangerous chlorine, pesticides and herbicides. The distillation process contains several elements that make it undesirable for purifying drinking water. First of all, while the vaporization process will strip water of salt, metals, and bacteria, the boiling point of most synthetic chemicals, including pesticides, herbicides, and chlorine solutions is lower than the boiling point of water. Synthetic chemicals are the major contaminants remaining after municipal treatment. Distillation alone does not remove these harmful chemicals.

Source: The History of Water Filters