Posted in Allergies, Mucous and Skin, Diets
by martinpytela2019-03-09 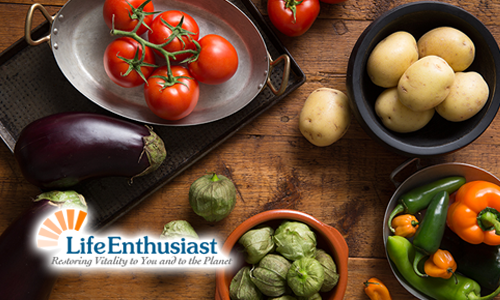 Sometimes I miss the days when I was only able to divide food into categories like vegetables, fruits, meat, and dairy. Things looked so simple. Doctors always recommended to eat more veggies, so we did, fruit was considered natures vitamin packed candy that we should eat daily, milk was claimed to be the number one source of dietary calcium and we were supposed to gulp it down by the gallon to support our bone health. The thing is, it was never simple. It was simplified. Just like the mainstream approach to diseases (you have a problem, you need a pill, here is the pill, take it and if you experience some side effects, here is another pill to cover those issues too), diet recommendations were very general, and we were led to believe that there is a miraculous one-size-fits-all diet and lifestyle approach. But now we know that is never the case.

Each of us is a unique human being with unique metabolic needs, a unique medical history, goals, and limitations. Because of that, I am actually happy that we no longer see plant food only as either vegetables or fruit. I said it before and I will say it again you have to know the enemy before you actually start fighting it. Vegetable and fruit families are just two umbrella names for many different types and families of edible plants and it is important to know the difference between these types because they offer different qualities to our bodies, different nutrients (and antinutrients) and unfortunately, sometimes even harm and damage. Nightshades are a food family that is perfectly okay for healthy people (and even beneficial) but can be very detrimental to people that already suffer from some kind of digestive distress or inflammation. Lets examine both sides of nightshades today.

When I first heard the word nightshade, I actually thought it is some kind of heavy curtain you hang on a window to completely black out your bedroom. I have trouble sleeping when my room is not pitch dark, so this made sense to me, especially because I saw this word appear repeatedly on websites that were dedicated to healthy eating and lifestyle (hence my mental connection to sleep hygiene). But it very quickly became clear what nightshades really are they showed me their dark side, so I wanted to learn more about them to understand why am I not able to consume them without experiencing digestive discomfort. Nightshades are pretty shady! Nightshades are members of the plant family called Solanaceae, and inedible nightshades are some of the most poisonous plants on the planet. There are over 2000 plant species in the nightshade family, one of the most well known is probably Belladonna, also known as Deadly Nightshade (it is really deadly for humans).

The list of edible nightshades is not very long, but it includes some commonly used vegetables that might be difficult to avoid unless you really read your labels carefully. Edible nightshades include all bell peppers, tomatoes, tomatillos, tamarillos, potatoes (all kinds except sweet potatoes/yams), hot peppers (chili, jalapenos, habaneros, cayenne, etc), eggplant, goji berries, cape gooseberries, golden berries/physalis, bush tomatoes, and ashwagandha. Tobacco is a nightshade too. Of course, the list will include all spices and spice blends that are made with paprika and hot peppers as well as hot sauce, and other sauces that often contain peppers and tomatoes, or tomato paste. And you wont believe the things they add potato starch to! Reading labels is very important if you are trying to avoid nightshades. Should you avoid them? Well, it depends

What makes deadly nightshades so deadly? And are the same compounds present in the tomatoes and potatoes I consume on a regular basis? There are some anti-nutrients that are responsible for the poisonous properties of all nightshades saponins and lectins. These compounds are toxic by nature they are supposed to be toxic. Saponins present in nightshades are called glycoalkaloids and they protect the plant from bugs, molds, and chemical pesticides, as well as predators (animals and humans). Inedible nightshades contain very high amounts of these alkaloids, which makes them deadly for humans and animals (or at least very, very poisonous). Edible nightshades only contain a small amount of these anti-nutrients and mostly in their leaves and stems, which we don’t eat (but animals do) or just under the skin, like potatoes for example. We recognize several different types of these glycoalkaloids: solanine and chaconine (present in potatoes and eggplant), nicotine (tobacco, but also other plants we eat), capsaicin (hot peppers), and tomatine (present in tomatoes).

Alkaloids are naturally designed to kill; they are supposed to protect the plant. They kill our gut bacteria and also damage the cells that make up our gut lining, causing intestinal permeability, also known as leaky gut. Every person that is already experiencing any kind of digestive issue, gut health problem, or autoimmune disease should avoid these compounds altogether. Alkaloids actually trigger an immune response, which is something we don’t want to happen if we already have an autoimmune problem. Tomatine, the saponin present in all kinds of tomatoes, is used in vaccines in order to provoke an immune response against the virus the recipient is being vaccinated against, which is also evidence of the ways in which saponins affect our immune system.

This study talks about how mice with inflammatory bowel disease were fed potato skins and their symptoms actually became worse because of the inflammatory alkaloids. Another study performed on animals was dedicated to vitamin D a special form of vitamin D present in plants from the nightshade family actually inhibits calcium metabolism, causing it to accumulate in soft tissues instead of bones (which is where it should be stored). Animals fed with nightshades showed signs of arthritis and joint inflammation. These trials were only run on animals, so they offer no real correlation to human health because the human body metabolizes vitamin D differently, though it is interesting enough to mention, especially if you feed your pets leftovers from your own dinner (I remember my grandparents did years ago). It does also suggest that it would be worthy of consideration if you are dealing with IBD, IBS, arthritis, or other forms of pain and inflammation in your joints.

Alkaloids are not the harmful compounds nightshades use for their protection. Lectins are sugar-binding proteins that also protect their fruit against predators and bacteria. Lectins are known gut irritants, some of them are more harmful than others (for example lectins in peanuts are very difficult to digest and cause gut irritation) but they have one thing in common they are very resistant to heat. While alkaloids are not very heat stable and the majority of them can be destroyed by cooking, lectins are very resilient. Lectins found in tomatoes are able to quickly enter the bloodstream and contribute to gut permeability. If you have been told that cooking minimizes the effects of anti-nutrients, it is not the case for lectins.

WAIT BEFORE YOU ELIMINATE

Not everyone is sensitive to nightshades. This is very important to consider, because eliminating these plants from your diet if they don’t cause you any digestive trouble would be a pointless elimination of important and healthy nutrient dense foods. For healthy people with healthy digestive and immune systems, edible nightshades are perfectly healthy food. Capsaicin, for example, can be anti-inflammatory and this alkaloid is basically the reason why hot peppers are considered healthy. Belladonna (the Deadly Nightshade we mentioned at the beginning) is used as an ingredient in Atropine, an antispasmodic drug, as well as in homeopathic preparations. Something this poisonous, when dosed carefully, can actually be beneficial, but again, only if your digestive system is in perfect condition.

I am currently on my third month of a nightshade-free diet. Before that, I ate a lot of tomatoes and bell peppers (both raw and cooked) and I love oven baked potatoes with the skin on. I stopped eating all grains, dairy, and refined sugar over five years ago, but my gut health was not as good as I thought it should be. When I learned more about nightshades and their effects on digestive health, I was very sad at first because eliminating them would mean no more tomato based chili every week, no more crunchy bell pepper slices for a snack, and no more heavenly potatoes! But my health is more important to me than these foods. Trying an elimination diet free of nightshades taught me so many new recipes with foods I never tried before I discovered new flavors and basically a whole new way of cooking. Eliminating doesn’t necessarily mean subtracting, it is replacing something that’s not working for you with something better!

Elimination is a very important part of the process of identifying the triggers that are causing us pain and inflammation. The Loving Diet, The Paleo Approach, and Food Freedom Forever books all talk about the concept and reasoning behind elimination and reintroduction. If you are suffering from joint pain, stiffness, muscle tension, insomnia, skin rashes, heartburn, stomach discomfort, digestive problems, headaches, brain fog, or depression, you might want to try a nightshade-free reset for thirty days and see what happens with your symptoms. The best thing you can do is eliminate all nightshades from your diet and then slowly reintroduce them, one by one (allowing 4 days for a reaction to appear before adding in the next reintroduction), to see which nightshade is the most shady for you. It is always wise to stay away from unripe fruits, green potatoes, and green tomatoes, as unripe pieces are higher in alkaloids.

It is quite possible that even though you cant tolerate nightshades now, you will be able to eventually consume them, once your gut heals and your immune system restores itself. However, if your digestion is in its peak form and you don’t experience any problems, you will not benefit from eliminating nightshades, you might actually miss out on some good nutrients for no reason. For more details and tips, see this Nightshade Free Survival Guide to start your reset with all the information you will need!