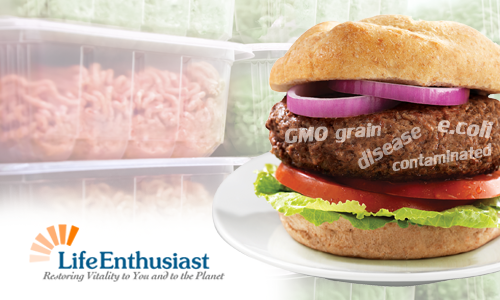 There is no need to immediately panic when hearing the term E. coli. Escherichia coli, a rod-shaped bacteria, is commonly a part of the physiological gut flora of warm-blooded organisms, including humans. E. coli itself is relatively harmless if it stays where it belongs in the lower intestine of our digestive tract. The human body is colonized by E. coli right after birth and these colonies are then part of our digestive system, along with many other bacteria.

The trouble comes when this pathogenic bacteria migrates where it doesn’t belong. Also, most strains of E. coli do not cause disease, but there are a few virulent strains that are dangerous to human health. These might cause gastroenteritis, urinary tract infection, neonatal meningitis, in some rare cases even bowel necrosis, mastitis, and gram-negative pneumonia. One specific strain of E. coli causes premature destruction of red blood cells which leads to hemolytic-uremic syndrome.

Intestinal infections caused by E. coli are usually accompanied by diarrhea, in extreme cases resulting in dehydration or even death. But how does this bacteria get to our stomach from the outside? First, via water that has been contaminated with feces. Secondly you can become infected via food. The most likely contaminated food sources are raw milk and meat that has not been cooked properly, even just cross contamination during cooking. Fruit and vegetable that have been watered or cleaned with contaminated water could also make you sick. The dose required to contract the infection for this strain of E. coli is very low, only a miniscule amount of it is necessary to start an infection.

Just as almost everything has two sides, we also know of E. coli strains that are somehow helpful in modern medicine. For example E. coli nissle, discovered in 1917, is proven to lower the risk of ulcerative colitis. E. coli K-12 was used during many important studies. One type of synthesized insulin was modified from E. coli bacteria and is helping type 1 diabetics who have a damaged pancreas and are not able to absorb insulin that is commonly used. Last but not least, there is a vaccine created with E.coli that is used against Lyme disease in USA.

The most important (and dangerous) strain of E.coli is O157:H7. It is present in animals digestive tracts and later found in feces, particularly of cows. Fecal matter can easily get into slaughtered meat in a factory because of careless manipulation. Then, all it needs is not enough cooking time and infection can start in the body of a consumer. Thorough cooking is very important with grain fed beef, as E.coli O157:H7 is mostly found in cows that were fed or finished with grains.

Learn more about E. coli, the dangers and health consequences, but also find out if its necessary or better for your health to drop beef from your menu for good. Learn what you deserve to know to be able to make healthy and safe food choices for yourself and your family.