For any parent out there that has had to endure harassment by a pediatrician because you stuck by your decision to not vaccinate your child because you knew vaccines are not safe for everyone, the US Congress is about to give the American public the strongest confirmation ever that vaccines truly are NOT SAFE and don’t ever expect them to be safe. Because vaccine manufacturers know that their products can hurt many people, they have spent huge sums of money lobbying Congress for the past several years looking for special liability protections, and it looks like they are about to be awarded the blanket the protections they’ve tried so hard to secure. 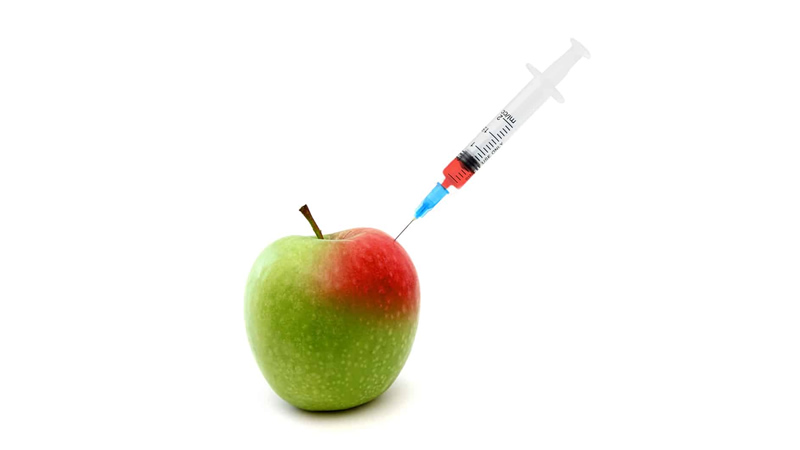 Think about it: since the definition of safe is “free from harm: harmless,” and the US Congress is about to absolve vaccine manufactures from liability, why on earth would they need to do that for a product that is truly free from harm or harmless”? The answer is, they wouldn’t – vaccines really are NOT SAFE and the US Congress knows this. What should be surprising to the American people who have been brainwashed by vaccine toting public health bureaucrats is how unsafe vaccines must be for Congress to take such drastic measures.

US Congress through S975, commonly known as the “Biodefense and Pandemic Vaccine and Drug Development Act of 2005”, is stepping in and give vaccine makers liability protections to prevent multinational multibillion dollar drug conglomerates from being financially ruined from liability for the injuries and deaths they know happen from vaccines. Gee, there must be some pretty nasty stuff in those vials. Referring back to the definition of safe – the only ones who will be safe if this bill passes are the vaccine makers. Remember that the next time your doctor tells you to roll up your sleeve or goes to pull down your child’s pants. Could you afford to have yourself or anyone in your family hurt by a shot?]

This story appeared in The Daily Herald.

Gary Facer of Orem summed up how most Americans, governmental entities and health professionals feel about a public health emergency.

“I hope it doesn’t happen,” he said. But if at some point in the future it does, and Congress has passed the Bioshield II bill, and people are injured because of a government-mandated vaccine that is supposed to protect the American public from the outbreak, those people will not be able to sue the vaccine manufacturer. The purpose of the Biodefense and Pandemic Vaccine and Drug Development Act of 2005, said bill author Sen. Richard Burr, R-N.C., is to encourage pharmaceutical companies to be developing such vaccines. According to Burr’s news release, the bill is a step toward creating a partnership between the government and private corporations to “rapidly develop effective medical drugs and vaccines to protect the United States from deliberate, accidental and natural incidents involving biological pathogens.”

The bill in a large part focuses on bioterrorism and biological, chemical and nuclear warfare, but Burr said in the release it also provides the resources necessary to deal with a naturally occurring epidemic. It absolves pharmaceutical companies from any liability from injured parties if the federal government declares a public health emergency and mandates the vaccine. The bill’s language and its precepts make Barbara Loe Fisher, president of the National Vaccine Information Center, uncomfortable. She said it takes away pharmaceutical companies’ responsibility to consumers and gives too much power to the Secretary of Health and Human Services, who declares public health emergencies. “Now this legislation is going to remove liability from the companies who produce these drugs and vaccines at government request and nobody is held accountable when a state of emergency is declared,” she said. Pharmaceutical companies already are protected from most lawsuits.

In 1986 Congress created the National Vaccine Injury Compensation Program, which is a no-fault alternative to litigation, according to information from the U.S. Department of Health and Human Services. It was created after the number of lawsuits filed against vaccine producers spiked, and many companies opted to get out of vaccine production because of skyrocketing legal costs. The measure could be a good thing, said Lance Madigan, spokesman for the Utah County Health Department. Protecting pharmaceutical companies from prohibitively expensive litigation is positive because it allows the companies to produce vaccines that in the large majority of cases protect the public. In many instances, diseases that could have caused a national crisis are controlled because of vaccines. “There is always the possibility of adverse reactions” because of allergies or other factors, he said, adding those instances are rare and almost everyone benefits from getting immunized.

Under the bill, injured parties could still sue the vaccine company if they can prove criminal fraud or negligence, unless the vaccine is mandated by the government during a public health crisis, Fisher said. She is afraid that in the event of a national crisis, pharmaceutical companies will push an experimental drug through the Food and Drug Administration, and it will be approved and distributed without going through the same rigorous process drugs should. “We just feel that enough is enough,” she said. “There has got to be some accountability somewhere for these vaccines and drugs.” Facer agreed someone should be accountable. But he questioned if it should be the pharmaceutical companies. “If the government mandates it, they should also bear the burden of liability,” he said.

Madigan said the FDA’s process for approving a drug is thorough and a drug will not hit the market until it is considered safe for general consumption. Should there be a national health crisis, the approval process may be reduced, but it would be determined on a case-by-case basis, he said, with many factors taken into account. “Obviously, if the disease is that infectious or that deadly, then they’re probably going to be willing to have more risk,” he said. The Senate Committee on Health, Education, Labor and Pensions passed the bill Tuesday and now will go to the full Senate for a vote.

PROVE provides information on vaccines, and immunization policies and practices that affect the children and adults of Texas. Our mission is to prevent vaccine injury and death and to promote and protect the right of every person to make informed independent vaccination decisions for themselves and their family.