With age, most everyone experiences some sleepless nights, or wakefulness in the middle of the night.

Eventually, most people’s hair turns gray and gets thinner. Sometimes it disappears completely.

Our skin get thinner too, wrinkly and saggy.

All this is from an increase in free radicals, causing oxidative stress on the body. And decreased production of the antioxidants that neutralize them.

Can you relate to oxidative stress, and it’s results in aging?

Here’s a very simple product to reduce your oxidative stress load, and even undo some of the damage it’s already done.

Support healthy aging AND regeneration with these powerful antioxidants:

Just one molecule of the catalase can change 40 million molecules of hydrogen peroxide into water and oxygen. In just one second!

An enzyme antioxidant that turns the free radical superoxide back into oxygen. It helps to thicken hair. And give younger and healthier looking skin.

Melatonin is best known for its effectiveness as a sleep aid, regulating your sleep-wake cycle. Sleep allows brain regeneration. Studies show that sleep deprivation lowers brain levels of superoxide and melatonin. Causing fatigue, irritability and a build up of tissue damage. Supplementing with melatonin will help with ALL the effects of poor sleep.

Beyond sleep, research (over 6000 studies) shows that melatonin benefits are profound and far reaching. It has strong antioxidant and anti-inflammatory properties . Effective free radical scavenging for your brain and heart.

Because melatonin can cause drowsiness, it’s best to take Rejuvelon in the evening, 30 minutes before going to bed.

Has a powerful calming effect on your nervous system. By reducing your stress response, and stimulating your relaxation response.

Many clients report feelings of profound relaxation within 5 to 20 minutes of taking Magnesium Di-Potassium EDTA.

Your autonomic nervous system (ANS) is has two parts:

1. Sympathetic Nervous System (SNS)
The SNS creates your “fight or flight response”. In the event of a perceived emergency, blood is pushed into your muscles for quick action. All non-critical systems are suppressed. Some of these are digestion, immune function, higher brain functions, growth and repair processes, and sleep. Continual activation of the SNS – the “fight or flight response” – is very detrimental to your health. Common in our fast-paced society.

2. Parasympathetic Nervous System (PNS)
The PNS is the counterpoint to the SNS. It generates your “relaxation response”. Your body digests well and your immune system is active. Your brain is balanced and functional. Injured tissues are repaired and new tissues are formed. And you get a good night’s sleep. This can be done with Magnesium Di-Potassium EDTA in Rejuvelon. 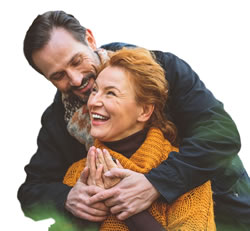