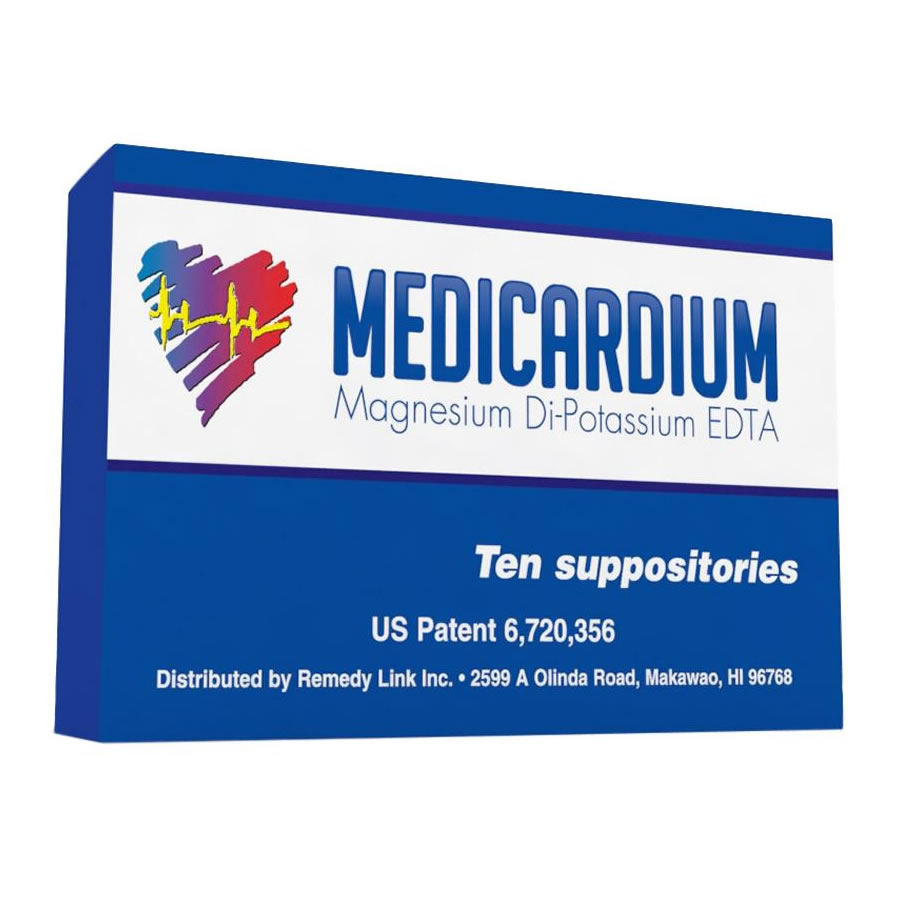 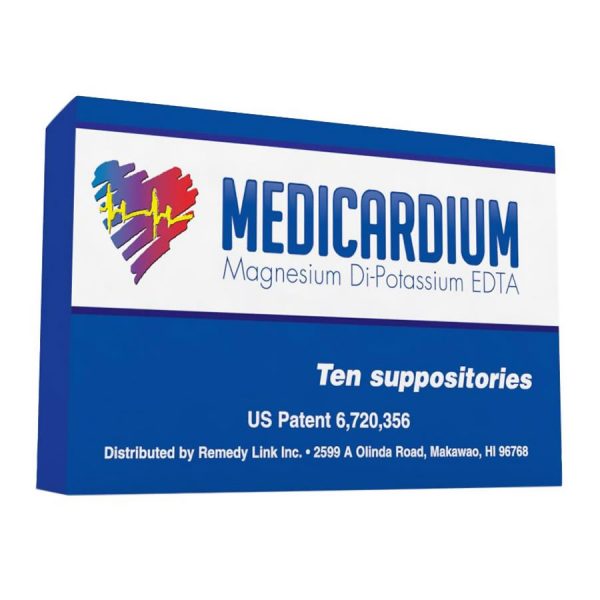 The main ingredient in Medicardium is EDTA (EthyleneDiamineTetraAcetic acid). It’s a chemical that binds and holds on to (chelates) toxic heavy metals (so they don’t have any effects on your body) and are then removed from your body. It helps get rid of calcification in your soft tissues and joints, restoring flexibility.

Medicardium also contains magnesium and potassium to engage the “rest and repair” and reduce your “fight or flight” stress response that is over stimulated in today’s fast-paced life.

Unlike traditional I.V. chelation (detoxification), which is a slightly invasive medical procedure done in a doctor’s office, Medicardium detox can be done in the privacy of your own home.

EDTA may also support the body in removing calcification from the soft tissues and joints.

Unfortunately, heart attacks are the leading cause of death in America. Toxins, infections, stress, poor diet and the effects of aging cause the arteries to become brittle and filled with plaque, and blood to thicken and become harder to move.

If you are suffering from circulatory disturbances or simply want to increase and maintain your vitality, then ask your doctor if chelation is right for you.

Lead is found in cosmetics, plastics, batteries, gasoline, insecticides, pottery glaze, soldered pipes, and paint. Lead accumulates in the brain, liver, kidneys and bones. For each 30 mcg of lead in a child’s blood, his or her IQ drops 10 points.

EDTA has been scientifically proven to bind to and remove Lead from the body.

Each silver filling releases up to 17 mcg of mercury every day. This increases to 500 mcg with the smoking of cigarettes, drinking of hot liquids, gum chewing, acidic saliva or the grinding of teeth at night. Mercury accumulates in the brain, heart, kidneys and endocrine glands and can cause depression, auto-immune diseases, memory loss, tremors, anemia and heart attacks. An issue with mercury chelators (DMPS, DMSA and EDTA) is that they can release chelated mercury in exchange for other metals such as Cr2+ or Fe3+ for which they have a stronger affinity, leading to redeposition. While EDTA is the least problematic of the three, this is still a consideration. If you have a high mercury load, consider zeolite.

Exposure to cadmium happens mostly in the workplace where cadmium products are made. The general population is exposed from breathing cigarette smoke or eating cadmium contaminated foods. Cadmium damages the lungs, can cause kidney disease, and may irritate the digestive tract. This substance has been found in at least 776 of the 1,467 National Priorities List sites identified by the Environmental Protection Agency (EPA).

EDTA has been scientifically proven to bind to and remove Cadmium from the body.

Uranium is a radioactive element that disintegrates eventually into lead. There have been over 2,000 nuclear detonations on our planet since Hiroshima casting uranium into our atmosphere, not counting events like Three Mile Island and Chernobyl. Depleted Uranium munitions have been used for over 30 years and most combat troops have been exposed. Radioactive materials can cause tumors and birth defects.

EDTA has been scientifically proven to bind to and remove Uranium from the body.

170 million women worldwide have copper IUDs. They work by releasing copper into the uterus but the copper doesn’t stay in the uterus, it goes everywhere. The effects of copper poisoning include fatigue, low blood pressure, anemia, panic attacks, brain fog, insomnia, headaches and a sense of slowly going mad. These symptoms show up slowly so many women never realize how copper is affecting them. People can also get copper toxicity from copper pipes, copper fungicides and copper cookware. EDTA can bind to and remove copper.

As we age we accumulate calcium in the soft tissues of the body. Joints, brain, prostate, breast, kidneys, skin, arteries, muscles, all calcify and disease processes and inflammation accelerate this process. A calcium-free EDTA may support the body in resolving this ‘dystrophic’ calcium.

Arsenic is found in cigarette smoke, laundry detergents, beer, seafood and drinking water. It can cause headaches, confusion and sleepiness. It can damage the kidneys, liver, and lungs.

EDTA has been scientifically proven to bind to and remove Arsenic from the body.

Aluminum accumulates in the skin, bones, brain and kidneys and can cause dementia and degenerative neurological disease. EDTA has been scientifically proven to bind to and remove Aluminum from the body.

EDTA has been scientifically proven to bind to and remove Barium from the body.

Nickel is found in stainless steel cutlery, pots and pans, coins, dental work and batteries. It accumulates in the bones, kidneys, liver, lungs, immune system and the brain, where it can cause genetic damage and tumors.

EDTA has been scientifically proven to bind to and remove Nickel from the body.

Data regarding heavy metals taken from: Toxicology of Metals. Edited by Louis Chang, 1996.

Contains:
500 mg of USP grade Magnesium di-potassium EDTA, and a proprietary blend of edible organic essential oils in a base of organic cocoa butter.

Insert one chilled suppository rectally, every other day. You can do more if you feel rushed.

Increase your circulation and detoxify from heavy metals.

Caution: Those with high mercury levels should consider removing mercury fillings by a properly trained biological dentist and doing a mercury detox before taking any product with EDTA as it may distribute mercury.

EDTA can lower zinc, copper, calcium and manganese. If you are low in any of these minerals or plan on taking more than one box of Medicardium, consider supplementing with these four minerals 24 hours after taking a suppository, then wait 12 hours before your next suppository. 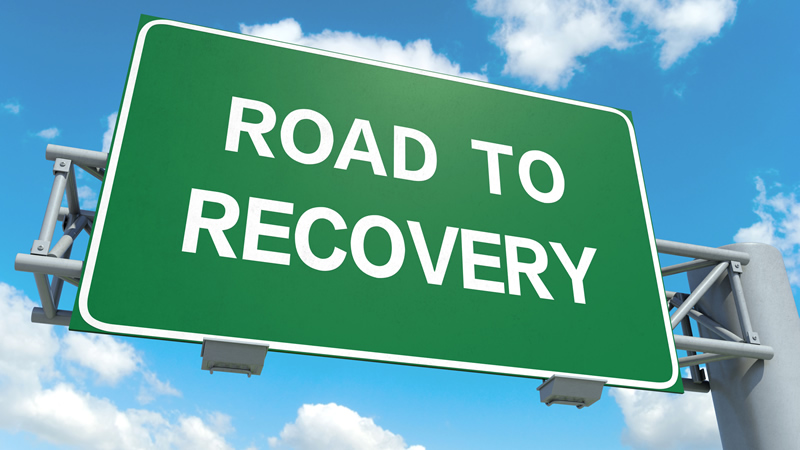 Cleansing Protocols – For a thorough lymphatic cleansing, perform skin brushing daily for about three months during your cleansing program.

Basics of Cleansing to Detoxify

Regular cleansing (both internal and external) of your body is required for the maintenance of health, or reversal of disease. No exceptions…