From birth, David Pilz was able to clearly see spirits and auras and it wasn’t long before he earned the nickname “Oracle”. He was clinically dead for a short time at the age of eleven, having experienced NDE with dramatic clarity. He saw, felt, understood and consciously interacted with the energies that resonate through all living things.

His uncomfortable uniqueness compelled him to begin exploring the fields of Psi, metaphysics, parapsychology, and occult at an early age. He accomplished most of his personal training & explorations through books, mentors, focused private practice & determined and disciplined personal training.

David Pilz is trained and certified as an alternative health & holistic practitioner, a Certified Master Healer and Instructor, plus he continues to actively study and train in many complimentary healing systems like Reiki, Reflexology & Crystals, sacred ceremonies and more. His personal kundalini is awake and active.

He has been honored with many honorary spiritual gifts and titles over his life; the SunMask, Golden and Bald Eagle Feathers, a historical 2005 UNN Chilliwack Board of Directors membership. He is the current Starnation Chanupa Carrier of ancient prophesy, the StarNation Lodge Keeper, the Eagle Chanupa Carrier, the Golden Eagle Whistle Carrier and the OmHaven Medicine Tipi Facilitator. He has been officially welcomed into the True White Brotherhood by Hopi Elders.

His reborn native name is White Star, (Peq’Kwasel). Meaning North Star, the center of all the navigation maps, the point of light that one can follow to find direction when they are lost, one whose energy is like a brilliant star. Aboriginals and natives around the world have legends that describe a time when a white man with step forward as a bridge between all nations and welcome in the era of the StarNation return.

His humanitarian ideals and efforts have earned him a nomination currently being compiled for an award from The Order of Canada.

In his thriving daily practice, David Pilz proudly earns the right to use the title of “The Oracle”… he walks the walk.

Ormus Manna carries the consciousness with which it was made. David is involved in the making of OmManna every step of the way.
“The planet is experiencing a very unique dynamic right now … and my role as White Star, the Starnation Chanupa Carrier and Starnation Lodge Keeper is very naturally humanitarian. At this time so fraught with environmental dangers (nuclear, chem trails, low merkaba, etc.) and the increasing need for awareness and alertness … ORMUS is salvation. My pride and responsibility is to bridge the red and white nations together, to bridge the rainbow and introduce new colors, to bridge the ancient past with the current starnation technologies … ORMUS is EXACTLY that. When I asked for answers through the pipe in that good way, Mother Earth and the Starnation immediately provided me with an endless source of pure, clean, mono-atomic gold coming right out of the earth. A genuine miracle from my perspective.

Ormus is about to become THE very thing people need for basic first aid and potentially survival. Radiated people and radiated seeds don’t grow .. that spells serious trouble for the masses. The ‘Health’ portion of the Heath & Beauty portions of the ORMUS industry is about to increase disproportionally … This is an extraordinary opportunity to make a significant difference in everyone’s lives right now … people NEED this stuff and they don’t even know it. Lets spread the good word.”

David is the Certified Practitioner 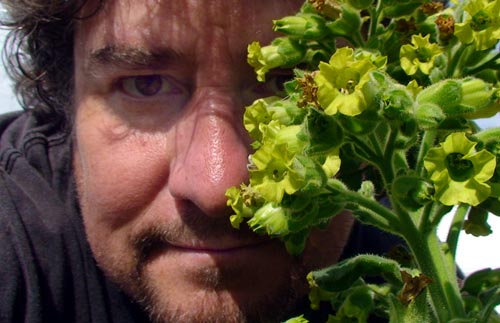 “This tobacco plant was lovingly grown with OmMANNA ORMUS GOLD FERTILIZER. The seed came out of a pouch that was on the hip of a guy who was found frozen in an ice cap. Researchers distributed a few seeds to a variety of different growers and growing environments to attempt to resurrect the strain. OmHaven Ranch used OmMANNA Fertilizer and was of the few to bring the ancient seedling back to life. The other successful grow attempts were reported to also have supplemented with another ORMUS GOLD variation. Humanity has been gifted a powerful gift in the return of these sacred tobacco energies … at this time when our environment seems to becoming so increasingly dangerous to life, it’s nice to know mother nature also provides some aid to balance things.”
White Star