Excessive amounts of aluminum can result in symptoms of poisoning. The symptoms include constipation, colic, loss of appetite, nausea, skin ailments, twitching of leg muscles, excessive perspiration, and loss of energy. People with aluminum poisoning should discontinue the use of aluminum cookware and the drinking of tap water. Small quantities of soluble salts of aluminum present in the blood causes slow form of poisoning characterized by motor paralysis and areas of local numbness, with fatty degeneration of kidney and liver. There are also anatomical changes in the nerve centers and symptoms of gastro intestinal inflammation.

In the last few years there has been much publicity about aluminum, as well as a tentative connection of aluminum to Alzheimer Disease. According to Dr. Terry L. Franks the clinical picture is clear that Alzheimer’s is concurrently involved with aluminum toxicity and he also believe it is the major contributing factor to Alzheimer’s It will progressively worsen in North America in the coming year because of the pervasive use of aluminum. Aluminum has the tendency to freeze up or irritate nerve endings, producing spasm and contracture. When someone is going through aluminum detoxification can actually look like an advanced case of Alzheimer’s Disease.

How Aluminum Toxicity Affects Your Health

Early symptoms of aluminum toxicity include: flatulence, headaches, colic, dryness of skin and mucous membranes, tendency for colds, burning pain in the head relieved by food, heartburn and an aversion to meat. Later symptoms include paralytic muscular conditions, loss of memory and mental confusion. Other symptoms may include:

Aluminum reduces intestinal activity, and by doing so can cause colic.

Decreasing contact with and use of aluminum-containing substances will reduce intake and allow more aluminum to leave the body. Oral chelating agents will also help clear aluminum more rapidly. Calcium disodium edetate (EDTA) binds and clears aluminum from the body; this substance is fairly nontoxic and used as the agent for chelation therapy, an intravenous treatment used to pull metals such as lead from the body, and more recently used in the treatment of atherosclerosis and cardiovascular diseases.

Deferoxamine, an iron chelator, also binds aluminum. In a study with Alzheimer’s patients, nearly 40 percent of the patients showed an improvement in symptoms with deferoxamine treatment. There is some evidence that intravenous chelation with EDTA helps Alzheimer’s patients. More research is needed to evaluate aluminum’s involvement with this disease. Recovery is excellent for removing heavy metals.

Has been found to bind aluminum. The average dose, if the patient is relatively comfortable, is about six grams a day. Up to twelve grams is not excessive. The average time on an aluminum detoxification is three to four weeks.

The best way to prevent aluminum buildup is to avoid the sources of aluminum. Eliminating foods that have aluminum additives is probably healthier overall. Not using common table salt is a positive health step as well. Some tap waters contain aluminum, this can be checked. Avoiding aluminum cookware and replacing it with stainless steel, ceramic, or glass is a good idea. Blocking skin and sweat pores with aluminum antiperspirants. 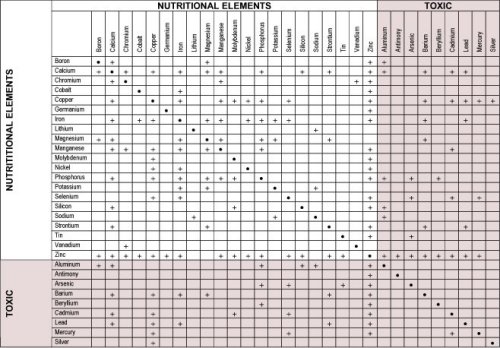