Over 75% of all drugs dispensed by pharmacists today are for anxiety. People are popping pills to deal with their mental states without being fully aware of just how they may react to some of the combinations.

The issue of prescription mood modifiers and mental illness has been on my mind for a long time. I think the society-wide experiment is not going well. Ever since I found out that the boys who attacked their schoolmates at Columbine in Colorado were on one of the oh-so-popular anti-depressant medications, I’ve been harboring a low simmer of shame-anger-disgust-desperation about my own (in)ability to do something about the pathetic experiment called psychiatry.

And now comes another major event, this time from Aurora the court appearance of the fellow who allegedly did all the shooting was so sad: he looked drugged and completely out of it. The media made vicious fun of Tom Cruise after he went public on Oprah’s show with his strongly stated position that psychiatry is bogus and should be banned. The merits of his points were never discussed. We instead received glib sound-bites and character assassinations. How about putting the data on the table? 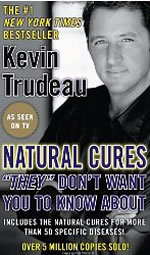 Kevin Trudeau comes out against psychiatry very strongly in his book Natural Cures They Don’t Want You To Know About. His statements are well supported by solid research. You may take issue with his style, but the substance of his message is very sound.

Personally I think it is a racket, a collusion of the drug manufacturers and their co-dependent delivery channel, the drug based psychiatry. How many of you have already had the urge to ask for something because the advertisements on TV look so tempting?

The moment you declare in your doctors office that you feel uneasy in public they offer you something to take the edge off that. And just because you have not found a clear purpose for your life or feel all bummed out about something, you get a prescription for something so addictive that when you try to get off it, you end up suicidal and unable to let go.

You might instead want to try juicing and working out. You might be surprised just how good a person can feel after a decent sweaty workout. The number of people who feel re-balanced after a simple Magnesium Bath is astounding.

Please understand I am not talking about clinical depression, that is a horse of a different color. Still, even in that situation I would recommend that a person cleanse, detoxify and alkalize first, and get their Metabolic Type determined so that they can control their mood with food. Start eating better. A bottle of green Superfoods can uplift you in ways you will find hard to believe.

Enjoy my disclaimer:
I only state opinions.
I intend to educate, not diagnose or cure.
You are hereby advised that you cant know what is best for you, and are encouraged instead to ask people who have been licensed to know just that. Give up your independence, trust your Big Brother to think on your behalf.