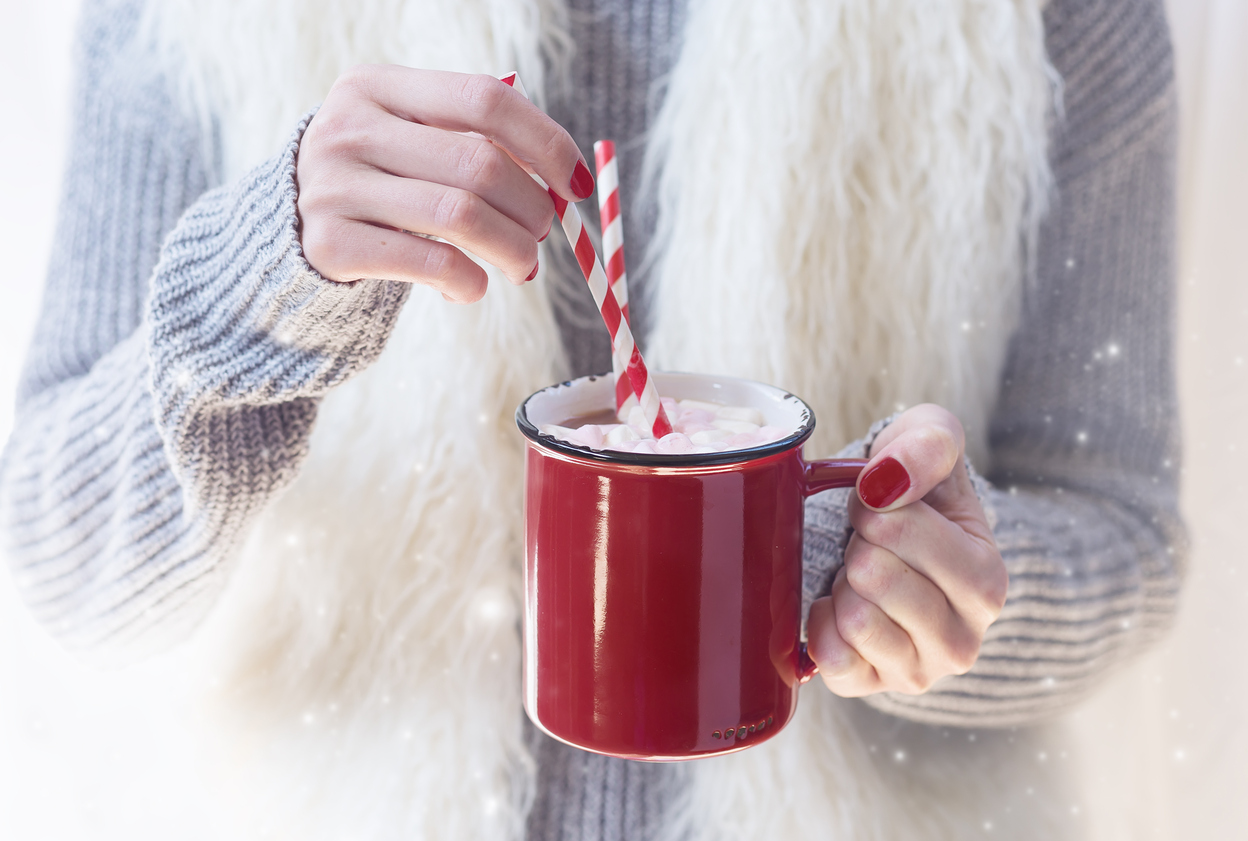 I’ve never been the perfect attendance type. I’ll cut a class here to go to the mall or there to catch up on my sleep. Even in high school I was known for my get-to-school-sometime-during-second-period routine. Last fall, however, all my years of fake flu and forged notes from mom came back to haunt me I actually got sick. Really sick.

It was sometime in late October that my legs started bothering me. At first I didn’t pay any attention to it. I was working up to 12-hour shifts at a pizza place and assumed my sore legs were just a byproduct of that. After a while though, the pain got to the point where my legs hurt on my days off and I had to lean against the make-table in order to support myself while I cooked. I started having severe headaches around this time as well. Some days, I would pull the blinds in my bedroom and sleep for hours just to get away from the throbbing behind my skull.

These naps were the highlight of my day for months. In fact, some days, these naps were the only sleep I got. Not to mention, they cured the headaches, backaches (which I’ve been prone to since I spent a summer in a body cast when I was eight, but had grown more severe that fall), nausea, and unyielding depression I was experiencing. Unfortunately, most of these naps took place in the middle of the day when I was supposed to be in school.

By this point, most people would have already gone to the doctor’s. I, however, have an irrational fear of both doctors and needles. Not needles, necessarily, but having blood drawn – and I knew they were going to have to draw blood to get to the bottom of my symptoms. So I didn’t go to the doctor. Until, that is, one day I stood to get out of bed and my legs collapsed under me. I fell back onto the bed, and found myself too weak to stand up again. Being in the midst of a “The Cure” like depression, I thought for sure I was dying and happily fell back asleep. I can’t tell you how disappointed I was when I woke up a few hours later.

The next day I called the doctor’s office and made an appointment. At the exam, I told the doctor my symptoms and she told me it might be Lyme Disease, Mononucleosis, Lupus the list went on, which meant that she didn’t know what was wrong with me. As she was leaving the room she noticed me grab my Diet Coke and take a swig.

“How much do you drink of that a day?” she asked.
“Um, probably seven to eight cans a day.” I replied.
“You might want to cut down on that,” she started, coming back in the room
“I just read an article about aspartame being bad for you. In fact, the symptoms it described sound quite a bit like yours.”

At my follow-up appointment, I learned that I wasn’t dying. Everything came back negative. The doctor admitted she really didn’t know what was wrong with me, but to stop drinking my beloved Diet Coke or anything with aspartame in it. This was easier said than done. For the first week, my headaches were even worse than before and I still couldn’t sleep (I had replaced my Diet Coke with coffee). My legs still hurt, my back still hurt, I was still nauseated, and I was still miserable. After a couple of weeks, though, my pain started to die down a little. By the end of January, I felt fine. My parents and friends had always told me all that soda I drank was bad for me; who knew they were right?

Getting to the Bottom of Things?

Still disbelieving it was my precious Diet Coke hurting me, I did some research on Aspartame. It turns out that aspartame breaks down into methanol (a.k.a. wood alcohol a.k.a. that moonshine that makes you go blind). Methanol quickly turns into Formaldehyde (what they embalm bodies with) once in the body.(1) I felt so betrayed.

I also learned that my symptoms did indeed match up with those common to aspartame poisoning – arthritic and joint pain, chronic fatigue, depression, memory loss, severe anxiety attacks, and menstrual problems are listed as some of the lesser symptoms. Apparently I got lucky: memory loss, vision damage and loss, tingling in the extremities, slurring of speech symptoms similar to multiple sclerosis, worsening of Fibromyalgia, Parkinson’s tremors, uterine polyps, and Brain Cancer are also linked to aspartame poisoning.(2)

Now that I was convinced that aspartame was causing my illness, I got angry. I wanted to know how something so dangerous came to be and why it was on the market. According to Mark D. Gold’s article in Nexus Magazine, the story of aspartame goes a little something like this: “Aspartame was discovered by accident in 1965, when James Schlatter, a chemist of G.D. Searle Company was testing an anti-ulcer drug. Aspartame was approved for dry goods in 1981 and for carbonated beverages in 1983. It was originally approved for dry goods on July 26, 1974, but objections filed by neuroscience researcher Dr John W. Olney and Consumer attorney James Turner in August 1974 as well as investigations of G.D. Searle’s research practices caused the US Food and Drug Administration (FDA) to put approval of aspartame on hold (December 5, 1974). In 1985, Monsanto purchased G.D. Searle and made Searle Pharmaceuticals and The NutraSweet Company separate subsidiaries.” (THE BITTER TRUTH ABOUT ARTIFICIAL SWEETENERS)3

It is important to realize that this type of revolving-door activity has been going on for decades. The Townsend Letter for Doctors (11/92) reported on a study revealing that 37 of 49 top FDA officials who left the FDA took positions with companies they had regulated. They also reported that over 150 FDA officials owned stock in drug companies they were assigned to manage. Many organizations and universities receive large sums of money from companies connected to the NutraSweet Association, a group of companies promoting the use of aspartame. In January 1993, the American Dietetic Association received a US$75,000 grant from the NutraSweet Company. The American Dietetic Association has stated that the NutraSweet Company writes their “Facts” sheets.(3)

Many other “independent” organizations and researchers receive large sums of money from the manufacturers of aspartame. The American Diabetes Association has received a large amount of money from NutraSweet, including money to run a cooking school in Chicago (presumably to teach diabetes how to use NutraSweet in their cooking).”(3)

If you don’t buy into the idea of aspartame being poisonous, you are not alone. There are plenty of sites on the Internet stating, “aspartame is safe”, including the Aspartame Information Center.(4) In addition to Aspartame’s PR site, the FDA, the AMA (American Medical Assoc.), and the ADA (American Diabetics Association) have all recently come out to say that Aspartame is perfectly safe and that all this information is part of an Internet hoax. The hoax in question started with an article written by either Nancy Markle (as it is attributed to) or Betty Martini (the rumored, actual author).(5) Of course, Gold contends that the only reason these reputable organizations have come out to say that aspartame is safe is because they were paid to do so. There is so much conflicting information about aspartame out there that it is hard to tell what the truth behind aspartame is – even for me, a supposed victim of aspartame poisoning.

If you have your doubts about aspartame’s safety, your best bet is to check with your doctor. In theory they will have more information (and more medical knowledge to weight the information with) on the subject. If you are a believer, and want to cut aspartame out of your diet, these are some foods to avoid:

Rare are Internet sites with “detox” information (such as “Doorway to Recovery”(6) And if kicking that Diet Coke habit was really hard for you, you can find information on support groups at the Aspartame Victims Support Group’s web site. (7)

It is important to note that I am not a doctor. This is my story, however, and I’ve told you what I have come to believe was what was wrong with me and how I found relief. If you think you may have aspartame poisoning, go to your doctor. If you have any of the symptoms that I’ve talked about, regardless of whether you eat foods containing aspartame, go to your doctor!