Summary
I spent many years sitting across from school officials, sometimes as many as 8 or more, being pressured to medicate my son. He was in the autistic spectrum, not even a hyperactivity problem. Then he developed an absence seizure problem and they started in on a new round of “conferences”, pulling in special ed staff from across the district. 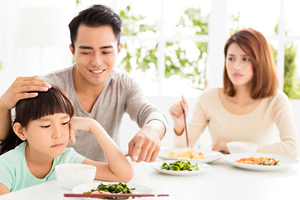 It took me a month of constant observation to see a seizure at home so I asked them what was happening at school to trigger frequent seizures. We had already dealt with the first stage of the “autism” problem by removing wheat. I did some other crazy things along the way and he is doing well now, a few years behind socially, etc. I guessed right. Years of reading and constant observation triggers good intuition. The seizures required removing all modern processed oils, especially canola and soybean I’m guessing, and adding in lots of animal fat and a good quality butter. That next conference was fun. I asked, finally, if the seizures were still a problem. Everyone looked at each other, the teachers said they hadn’t seen any lately. The district staff were listening. The principal sputtered and said something like I shouldn’t deprive my child of drugs. I was so glad to have her make such an outrageous statement out loud.

I have one child who was hyperlexic and one dyslexic. Why? I have a neighbor with seven children and most of them have special tutoring and odd learning problems. One day I asked her a question. She comes from a family of nine and her husband comes from a family of 11 siblings. If there were no learning problems (and there were none) with a number this large, where are these problems coming from? I’ve had a lot of years to slosh this around in my head and I believe we’re looking at an epidemic created by lack of nutrition, environmental toxins and vaccines.

It’s taken a lot of years to undo most of this damage. My daughter who could hardly read in 5th grade, entered high school with a 96th percentile on reading comprehension after dropping milk out of her diet and a few other items. But even this is still wrong. Children should have the capacity to digest food, even something as useless as processed milk. I look at these kids at the schools with their huge dark circles under their eyes and wonder how this is going to turn out.

Linda attached this newsletter – not sure where it came from, but it is interesting reading!

A staggering 4 million kids a day line up at their school’s nurse’s office for their daily afternoon doses of Ritalin. If that isn’t a jolt during these back-to-school days, I don’t know what is.

We’ve gotten e-mails and anecdotal reports from concerned parents saying that they feel pressured – from the teachers, the school nurse, and their doctor – to subject their kids to these prescription behavior controls, or risk losing their spot in the classroom (or worse). In a growing number of cases, resistance to giving Ritalin for “behavior problems” and the rampant diagnoses of attention deficit hyperactivity disorder (ADHD) is being given as much scrutiny as opting not to vaccinate your children – without any of the federal protections. Some parents have even been hauled into court, charged with “medical negligence” and forced to give their children the medication.

This is a nightmare on a lot of levels.

Here’s something even more startling, and disturbing. Last year, there was a reported 369 percent increase in spending on ADHD drugs for children UNDER five years old. The mainstream medical reporters attribute this rise to the popularity of newer, long-acting patent medicines that are edging out twice-a-day doses of Ritalin. But starting such small children on a prescription drug without ever taking a moment to seek out the root cause of the problem being treated is the true “medical negligence” if you ask me.

Especially since this sentences them to a childhood – and perhaps lifetime – of prescription stimulants and the long-term effects of children taking such drugs has not been studied. There are reams of material written on the potential risks of Ritalin – way too much to get into here. But with a new school year looming, it’s worth mentioning that there are several possible answers to your child’s behavior if you suspect or have received a diagnosis of ADD/ADHD. And addressing these causes naturally may help the little one in your life avoid ever needing drugs to mask their symptoms.

The first rock to look under is food allergy. Dr. Wright has related numerous cases of parents at their wits end who bring their children in to his clinic, desperate to keep them off prescription drugs. In many cases, an allergy to milk, wheat, soy, or some other allergen is often the culprit. Find the allergy, eliminate the offending food, and the behavior will often change. Another potential sensitivity to pay close attention to is a possible reaction to salicylates, natural preservatives stored in the bark, leaves, roots, and seeds of plants and found naturally in many foods. In vegetables, they’re mostly concentrated in the peels and rinds or the outer leaves. The salicylate content in fruit is highest when the food is unripened fruit and it decreases during the ripening process. And raw foods, dried foods, and juices can contain higher levels of salicylates than cooked food.

The second thing to consider is inadequate diet. A 1996 study showed that boys with low levels of essential omega-3 fatty acids also have a greater incidence of behavior and learning problems, and have a diagnosis of ADHD. Seems that old-fashioned daily spoonful of cod liver oil our parents and grandparents swore by may still be the secret for good behavior as well as better overall health. Other possible diet problems could include excessive amounts of sugar, grains, and dairy. Even if there is no allergy or sensitivity present, these foods can have a detrimental effect on behavior because of their effect on insulin regulation.

Finally, you may want to consider looking into a different learning environment. Today’s classrooms emphasize a level of conformity, excessive standardized testing, and idle hours spent sitting still and listening – it’s just not a great fit for all children. Smaller class size, even homeschooling, or “alternative” schools where more experiential and hands-on learning exercises are often incorporated can sometimes resolve any behavior challenges a child might have at a regular school. While taking Ritalin or a similar patent medication will bring you results practically overnight, it could take several weeks or months to use the approaches outlined above to really nail down and eliminate the root cause behind the behavior. But what the extra time will save you and your child in terms of expense and possible long-term health consequences will be well worth it.