Autism and the Environment 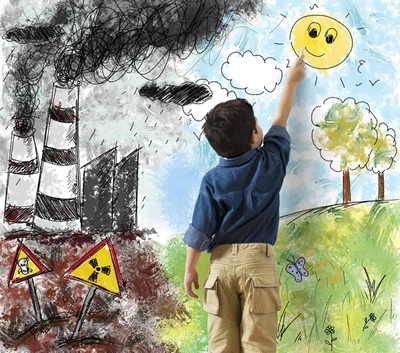 Autism among US children has reached epidemic proportion. And it’s getting worse by the year.

Experts agree that the primary explanation for the dramatic increase in autism is:

Not just environmental toxins cause disorders such as autism, but the interplay of genes and the environment.

Since the ’70’s, there has been a 60-fold increase in American children with autism. Currently one in every 100 US children and one in every 58 boys are being diagnosed with autism. That’s over 2.6 percent of all male children in America. The number of autistic children expected to reach adulthood in the next 10 years along with their caregivers will exceed the population of Rhode Island and cost an estimated $27 billion in additional care beyond the almost $60 billion being spent on current autism-related costs. (1,2), Under the specter of an autism epidemic sweeping America, Senator Barbara Boxer (CA) convened hearings last week on the “State of Research on Potential Environmental Health Factors with Autism.” (3)

Experts agree that the primary explanation for the dramatic increase in autism is toxic environmental exposure and gene-environment interactions. New research shows that even low-dose, multiple toxic and infectious exposures may be a key factor to the onset of autism. One expert, Dr. Linda Birnbaum, Director of the National Institute of Environmental Health, testified that “Research supported by NIEH has clearly shown that it is not just genetics that causes neurodevelopmental disorders such as autism but rather the interplay of both genes and the environment.” Dr. Birnbaum also stated that NIEH has uncovered information on the role that early environmental exposures play in the development of a broad spectrum of childhood disorders, including not only autism but also ADHD, and other learning disorders.

Another expert, Dr. Paul Anastas, the US Environmental Protection Agency’s assistant administrator, told the subcommittee that children are especially susceptible to the effects of chemicals in the environment because they eat, drink and breathe in more for their body weight than adults. They absorb a greater proportion of many chemicals in the environment than adults, and due to hand to mouth behaviors, young children tend to have higher exposures to contaminants, such as pollutants in the surrounding air and dust, deposited from lead paint, tobacco smoke, cleaning products, pesticides and other chemicals. (4,5)

We already know that prenatal and early childhood exposures to chemicals such as methyl mercury (commonly found in fish and some vaccines), lead (in paints), PCBs (in plastics such as baby bottles and food storage containers) and arsenic (in the air) can affect development of the nervous system and lead to developmental disability. (6,7,8) Also, the developing brain and nervous system can be disrupted by much lower levels of environmental exposures than would affect adults. (9,10,11) You can read about the current levels of exposure in the just released CDC’s National Report on Human Exposure to Environmental Chemicals, a frightening document.

Dr. Isaac Pessah, Director of the UC Davis Center for Children’s Environmental Health, testified that many of the molecular and cellular systems associated with autism are the same ones that are the target of environmental chemicals currently of concern to human health because of their widespread use. He spoke of a critical need to identify which chemicals in the environment influence the same biological pathways that are effected in autism. Dr. Pessah said that limiting exposure to these chemicals is the only way to mitigate or prevent autism in susceptible individuals. Increasingly, evidence links even chronic, low-level exposure to industrial pollutants to many of the most prevalent and disabling learning and behavioral problems in children.

Professor Bruce Lanphear Ph.D, of the Child & Family Research Institute, Simon Fraser University, reported that some of the most widely dispersed environmental toxicants, even at very low levels are risk factors for the “new morbidities” of childhood – both intellectual and behavioral impairments such as autism. Indeed, there is often no apparent threshold – in some cases the effects appear to be greater at the lowest levels of exposure. (12) Emerging evidence shows that a whole host of new environmental chemicals such as Bisphenol A, (the protective inner lining in tin cans and baby bottles) PBDEs, pesticides, phthalates and airborne pollutants are all associated with intellectual deficits or behavioral problems in children. (13,14,15)

Just prior to the Senate hearing, several important research papers were published that further documented the relationship between environmental toxins and autism: A study in India correlated the increased body burdens of lead and mercury with the severity of children’s autism – the more severe the autism, the higher concentrations of heavy metals were found in their bodies. (16) An exhaustive scientific literature search just completed in August shows that the link between autism and toxic exposures in infants is supported by current published research. (17)

My own recent study of a large autistic clinical database shows that children with autism had elevated levels in their bodies of several chemicals known to be neurotoxic. The children have genetic variations, which interfere with the proper detoxification of those chemicals. With over 2,000 patients in the database, my paper is one of the largest studies to show that environmental factors interacting with associated genetic components may be contributing to the causation of autism.

Development of the human nervous system begins in the womb and extends throughout childhood. During these periods of rapid development, the brain is vulnerable to some environmental exposures, which may have the potential to disrupt the chemical signals that organize development. Even small changes can have potentially major consequences for brain structure and function. Thus, even brief adverse exposure at these vulnerable stages can have lasting effects on brain function throughout life.

My report showed on average the amount of lead and mercury in the children’s blood was 50 percent higher than normal. Their genetic changes (SNPs) were related to what is called Phase I and Phase II detoxification – specifically the CYP and GST family of genes. This defect reduced the children’s ability to remove excess toxins from their bodies. These autistic children also had a several fold higher level of bad gut bacteria and reduced levels of beneficial gut bacteria. Bad gut bacteria can produce neurotoxic amines and cause a “leaky gut” which allows toxic substances to more easily enter the circulatory system (see my previous Huffington Post entry “The Keys to Maintaining a Healthy Gut”).

You may read the full clinical study here:
http://personalizedmedicine.posterous.com/environmental-factors-contributing-to-the-ons#

We as a society have a toxic chemical addiction, which we need to kick now. We need to be better informed consumers – choosing chemically free foods, products and environments, affecting change with our wallets.

Here are some Toxic Exposure Avoidance Tips for All of Us – And Especially For Pregnant Women.
Start taking them, right now:

1. Avoid eating foods that may contain high levels of toxic chemicals
2. While fish are a good source of protein and omega-3 fatty acids, some contain high levels of mercury. Tuna, Cod and Mahi Mahi are ones to avoid. Wild salmon is a good healthy choice.
3. Consume organic foods and drinks as much as possible.
4. Use glass containers instead of plastic to store left over foods and drinks.
5. Reduce our purchase of foods in cans as the can lining contains high levels of Bisphenol A (an endocrine disrupter linked to increased rates of cancer and abnormal behavior in children).
6. Limit exposure to toxic household chemicals, pesticides and cleaning supplies. Look for natural alternatives.
7. Install HEPA and carbon filter air purifiers in bedrooms to insure a healthy toxin free nights rest.

Exposure to toxic chemicals by pregnant women, fetuses and children has a high probability of causing autism and other neurodevelopmental disorders and learning disabilities in those whose genetic profile expresses in a reduced ability to detoxify these chemicals. This is not “fringe” science; it’s fact.

The time for action is now. We must reduce our exposure to toxic chemicals for ourselves, for our children’s sake and for future generations. We have a responsibility to protect those who cannot protect themselves. We cannot afford to be incurious, indifferent or uninformed when the price of inattention is disability and heartache – an overwhelming emotional and financial burden to families and society.

Ask for help: Tell your government that we must lessen our exposure to these chemicals. For the future of all Americans. Email or call your own representatives.

(3) US Senate Subcommittee on Environment and Public Works. Aug 2010