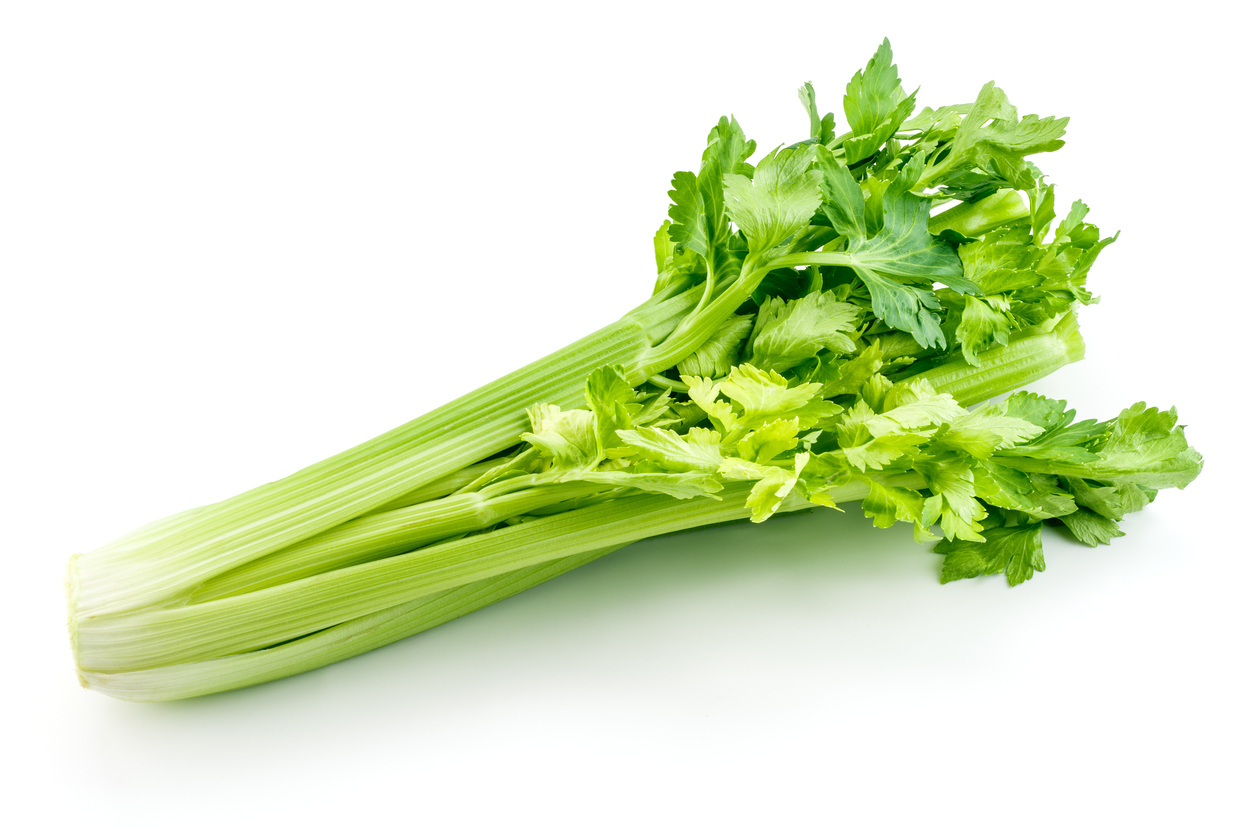 Celery contains vitamin C and several other active compounds that promote health, including pthalides, which may help lower cholesterol, and coumarins, that may be useful in cancer prevention. The polyacetylene in celery is thought to reduce the production of prostaglandins (chemicals that produce inflammation) and thereby help reduce the pain in arthritic joints. This polyacetylene also destroys benzopyrene, a cancer causing substance. As well, celery contains coumarins, which have good anticancer properties.

The high levels of potassium can lead to lower blood pressure and help in the prevention of migraine headaches. There is also an essential oil in celery that has tranquilizing properties beneficial in dealing with mental depression. Since the amount in the seeds is higher, they are preferred for treating nervous disorders. Celery is excellent for use in the incontinence of dropsy, urine and liver troubles. It has eight different families of anticancer compounds, such as polyacetylenes and phalides which detoxify carcinogens, especially cigarette smoke. Foods rich in Vitamin C, such as celery, may reduce the severity of cold symptoms.

Celery is an excellent source of vitamin C, a vitamin that helps to support the immune system. Vitamin C-rich foods like celery may help reduce cold symptoms or severity of cold symptoms; over 20 scientific studies have concluded that vitamin C is a cold-fighter. Vitamin C also prevents the free radical damage that triggers the inflammatory cascade, and is therefore also associated with reduced severity of inflammatory conditions, such as asthma, osteoarthritis, and rheumatoid arthritis. As free radicals can oxidize cholesterol and lead to plaques that may rupture causing heart attacks or stroke, vitamin C is beneficial to promoting cardiovascular health. Owing to the multitude of vitamin C’s health benefits, it is not surprising that research has shown that consumption of vegetables and fruits high in this nutrient is associated with a reduced risk of death from all causes including heart disease, stroke and cancer.

Celery’s beneficial blood pressure-reducing action has long been recognized by Chinese medicine practitioners, and now scientists have discovered how it works. Celery contains active compounds called pthalides, which relax the muscles of the arteries that regulate blood pressure, allowing these vessels to dilate. Pthalides also reduce stress hormones, one of whose effects is to cause blood vessels to constrict. When researchers injected3-n-butyl phthalide derived from celery into test animals, the animals’ blood pressure dropped 12 to 14 percent. In humans, an equivalent dose would be supplied in about 4 stalks of celery.

The seeds of celery’s wild forebears, which originated around the Mediterranean, were widely used as a diuretic. Today, we understand how celery, which is rich in both potassium and sodium, the minerals most important for regulating fluid balance, stimulates urine production, thus helping to rid the body of excess fluid.

It is known that celery has been around for over 3,000 years, originating from Mediterranean countries. Ancient Greeks and Romans did not use it as a food, but used it instead as a medicine, mainly to treat nervousness. They also used it as a flavoring in their daily diets. During these times Greeks and Romans also gave away bunches of celery during special ceremonies to victorious athletes. Celery stalks were also woven into funeral wreaths. The first recorded use of celery as a food was not until 1623.

Until the late 17th century, the wild and stronger celery was grown. Due to the fact that it had unpleasantly strong flavors, farmers tried to keep the stalks white, to keep the flavor more mild. This was achieved through blanching, building up the soil around the growing stalks so that no light would reach them. Although it is not known exactly when celery came to America, records from 1806 listed 4 varieties grown in the U.S.