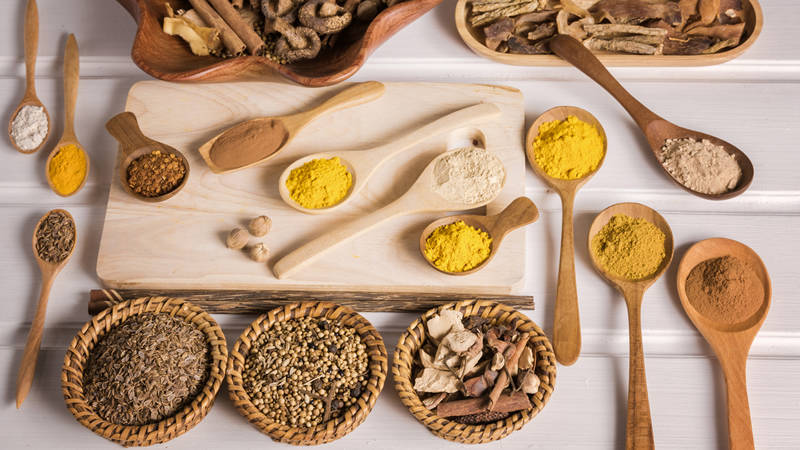 Delving into the herbal literature, I came up with bugleweed as one of the most promising alternatives for Graves Disease. Months later, a lady who had previously sought my advice came back to tell me that she had stopped her medication and was drinking mint teas daily with plenty of bugleweed. After she’d been off her medication for a month she dropped by my office beaming. She had just had a checkup and her blood level of thyroid-stimulating hormone (TSH, one of the things that goes off-kilter in Graves disease was fine. The same was true a month later.

With hyperthyroidism, there are abnormally high blood levels of thyroid hormones circulating in the body. These hormones are secreted by the thyroid gland, which is located in the neck just behind and below the Adam’s apple. The disease was named after an Irish physician, Robert James Graves, who lived in the early 1800s and was the first to identify its telltale pattern. Levels of circulating thyroid hormones depend on several things, availability of the mineral iodine, levels of TSH released by the pituitary gland (located in the center of the brain) and the health of the thyroid gland itself. TSH levels are further regulated by yet another part of the brain, the hypothalamus.

All of this translates into a simple formula in a healthy individual. As TSH levels increase, the levels of thyroid hormone also increase, until a balance is reached. If the thyroid is malfunctioning, it’s attempts to regulate hormone levels will throw the system further out of balance. Thyroid diseases affect about 2.5 percent of Americans, or some 6.5 million people, most of whom are women. There are several types of hyperthyroidism, but Graves disease is by far the most common. It’s an autoimmune condition, meaning that it’s thought to be caused by the immune system attacking the body, and it affects about one million Americans. Doctors treat Graves disease by trying to suppress thyroid hormone production. Any of several drugs may be prescribed and sometimes, usually in drug-sensitive elderly people, radiation may be used to disable a portion of the thyroid gland itself.

Bugleweed has a considerable folk history for treating thyroid conditions and modern medicine supports this use. This herb inhibits iodine metabolism and reduces the amount of ‘hormone’ that’s produced by thyroid cells. Leaf extracts are more active than root extracts. The recommended oral preparation is a tincture (alcohol extract) rather than a tea. In one study using laboratory animals, bugleweed tincture resulted in a significant decrease in thyroid hormone levels. Bugleweed is widely used in Europe as an herbal treatment for Graves disease, often in combination with lemon balm.

In Europe, lemon balm, also known as melissa, is often recommended along with bugleweed for treating Graves disease. Studies show that lemon balm causes a decrease in blood and pituitary levels of TSH after a single injection, thus reducing thyroid hormone production.

A quarter-pound serving of self-heal greens with bugleweed tubers, spiced up with basil, oregano, rosemary and spearmint, should contain significant quantities of the compound rosmarinic acid, which helps suppress thyroid hormone production.

Herbal pharmacologist Daniel Mowrey, Ph.D., author of “The Scientific Validation of Herbal Medicine” and “Herbal Tonic Therapies”, notes that among the Japanese who consume a great deal of kelp, thyroid disease is practically unknown, but among the Japanese who have become westernized and eat little kelp, thyroid disease is on the rise. You can buy powdered kelp is health food stores to sprinkle on your food as a seasoning.

Often called vervain, verbena seems to have properties similar to those of self-heal. Extracts have been shown to suppress thyroid hormone production by influencing levels of TSH in the body.

Remember how George Bush hated broccoli? His aversion to that wonderful vegetable deprived him of something that might have helped treat his Graves disease. Broccoli contains naturally occurring substances called isothiocyanates, which help restrain the thyroid from producing too much hormone. When Bush was diagnosed with Graves’ Disease, several alternative health authorities urged him to eat broccoli. One even published a book titled “Why George should eat Broccoli.”

All of the cruciferous vegetables gently and naturally suppress thyroid hormone production, but radishes do it best, according to medical anthropologist John Heinerman. Ph.D., author of “Heinermans Encyclopedia of Fruits, vegetables and Herbs”. Cruciferous vegetables include broccoli, brussel sprouts, cabbage, cauliflower, kale, mustard greens, radishes, rutabagas and turnips. Radishes are used in Russia precisely for this purpose!