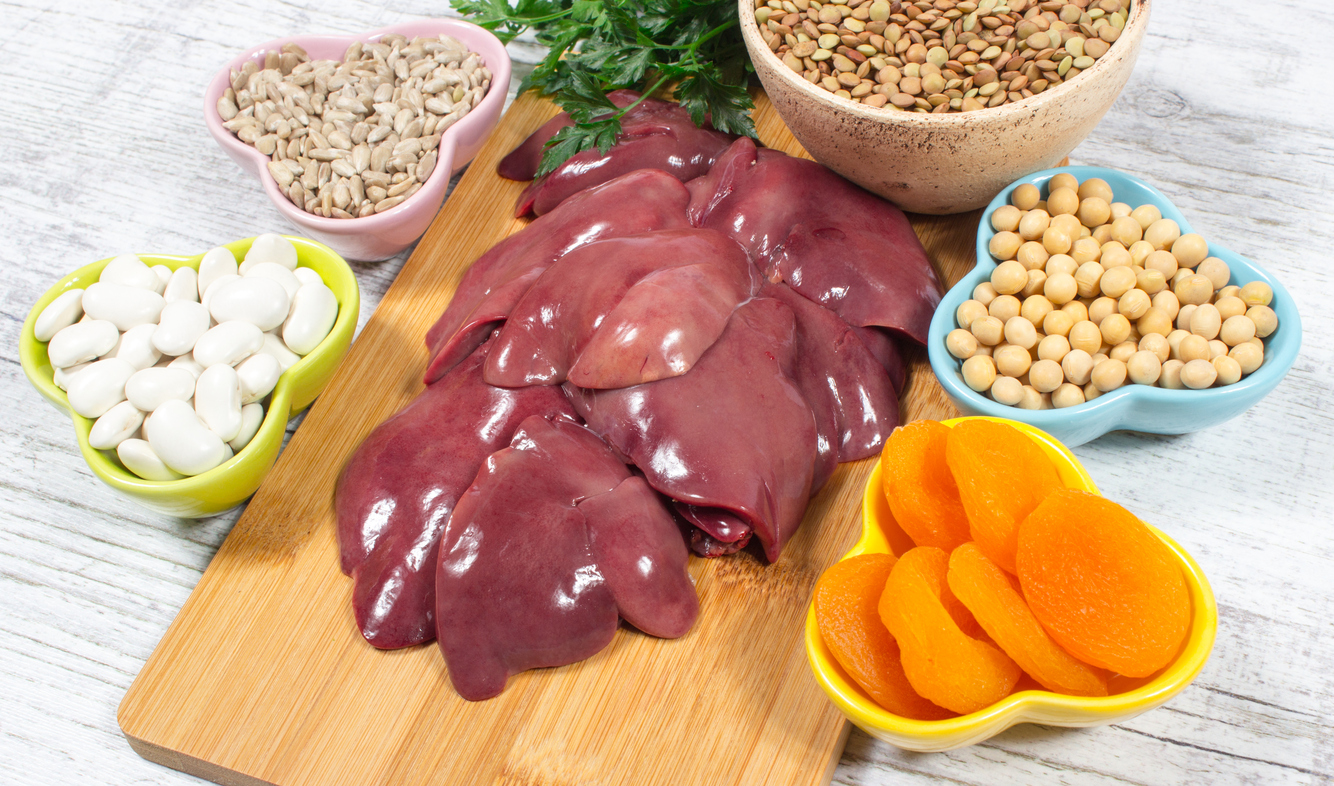 Biochemistry and nutrition are commonly taught as if the basic metabolic pathways for energy production are used in the same way by all people, except perhaps for some uncommon hormone and enzyme deficiencies. This, however, is an oversimplification that leaves the health practitioner as well as the patient without clear guidance as to how to use nutrition to overcome disease and maintain health.

A more relevant study of our energy metabolism – the way in which our cells produce energy from food – provides some fascinating insights into the reasons why certain diets and nutrients are beneficial or harmful for various diseases and for different metabolic types. While part of this study may look rather technical and difficult to understand, it is well worth making the effort because here we have the basis of all the disease-producing and healing effects of nutrition. However, if this part is too difficult, then simply skip it, or come back to it later when you want to understand a specific nutritional problem.

The main energy-generating mechanism in our cells is the Krebs cycle or citric acid cycle. This is a series of enzymatic steps through which a two-carbon molecule (acetyl or acetate) is oxidized to carbon dioxide and water. All three main food components – glucose, amino acids and fatty acids – can be utilized in this way.

Glucose is normally the most important fuel molecule. Through several reactions along the glycolytic pathway it is split in half to form pyruvic acid. Niacinamide and vitamin B1, as coenzymes, are the necessary vitamins at this stage; magnesium is required in addition. Glycolysis proceeds anaerobically, that is without the need for oxygen. See Figure 5-2 for a diagram of our cellular energy metabolism.

If the metabolism is in good condition, then both reactions take place in such proportions that there are always equal amounts of oxaloacetic acid and acetyl coenzyme A available. Both molecules will then combine to form citric acid as the first step in the citric acid cycle. During several more steps in this cycle, together with reactions that follow up the cycle, the acetyl component is completely oxidized into two molecules of carbon dioxide and water, while the oxaloacetate is re-formed, ready for a fresh turn of the cycle.

However, in practice usually a deficit of oxaloacetic acid will develop because this is a very useful molecule that is required for many other reactions, for instance to form amino acids or nucleic acids. The body covers this deficit by converting an appropriate amount of pyruvic acid into oxaloacetic acid. Important for the operation of this cycle are the vitamins B1, B2 and niacinamide, in addition to magnesium and oxygen.

In this way, someone of the S-type (‘desert Arab’) can obtain all his or her energy by burning carbohydrates. The P-type (‘American Indian’), on the other hand, will create very little of his or her energy in this way. He produces energy mainly by forming acetyl coenzyme A directly from fats (requiring vitamin B2, niacinamide and biotin) and from amino acids (requiring vitamin B6). Most of the rather small intake of carbohydrates will be converted to oxaloacetate.

The balanced type is able to use both main pathways efficiently and best gains energy from a mixture of carbohydrates, proteins and fats. The third path, the conversion of pyruvic acid into lactic acid, is an emergency measure that may be used by all metabolic types. This is an anaerobic step and in most instances is triggered by a shortfall of oxygenating enzymes, either because of strenuous muscle activity or resulting from an allergic reaction. In fast oxidizers the buildup of lactic acid may also be caused by an accumulation of metabolic acids (for example, citric acid, malic acid) in the cells. Lactic acid is partly neutralized and expelled with the urine and partly reconverted in the liver to pyruvic acid in the presence of sufficient nicotinamide.

The P-type and the balanced type tend to become fast oxidizers and hypoglycemics on a diet high in sugars and low in proteins and fat. Most of the dietary protein is used as a building block and little is available for energy production. The ability to convert pyruvic acid into acetyl coenzyme A is poorly developed in these individuals. Therefore, oxaloacetic acid is produced in excess, while lack of acetyl coenzyme A prevents the citric acid cycle from fully operating. The blockage of the citric acid cycle leads to a lack of energy and overacidity from accumulating metabolic acids and lactic acid.

Using more proteins and fats (best is olive oil) is the solution, as fats are the most efficient source of acetyl coenzyme A. However, this will be problematic if there is fat-malabsorption. Polyunsaturated oils, on the other hand, require additional steps and are not so well suited for energy production. In addition, linoleic acid may contribute to the frequent oversensitivity of fast oxidizers by forming certain prostaglandins that increase inflammatory activity.

Insulin regulates the speed with which glucose enters the cells. With a low insulin level, cells may be starved of glucose. Then not sufficient oxaloacetic acid is formed to combine with an abundance of acetyl coenzyme A, which is produced internally or by a high-fat diet. In those who are strongly SNS-dominant, this can lead to the development of diabetes. Glucose builds up in the bloodstream and is spilled in the urine.

Figure 5-2 shows the nutritional solution to this problem. We must provide more oxaloacetic acid. As a first step we reduce all stimulating influences, be they from the environment or from red meat, alcohol, coffee, tea, tobacco or drugs. This will help reduce the epinephrine and increase the effectiveness of insulin. Then we supply an abundance of zinc, which is needed to manufacture insulin, and chromium, which is part of the glucose tolerance factor that helps insulin to channel glucose through the cell wall.

Another food group that readily converts into oxaloacetic acid is the proteins. Most amino acids can either be transformed via pyruvic acid or directly enter the citric acid cycle. Most easily converted is aspartic acid. Only few amino acids are ketogenic and yield acetyl coenzyme A, these are leucine and isoleucine, lysine, phenylalanine, tryptophan and tyrosine. An excellent energy protein for diabetics, with almost 90 per cent useful amino acids, is gelatin.

Furthermore, fructose from fruits can enter muscle cells without insulin to form pyruvic acid. However, it must enter the bloodstream slowly (raw food, small meals), otherwise fatty acids, cholesterol and cataract-forming sugar alcohols may be produced. However, type 2 diabetics have to be careful not to mix fructose with glucose as pointed out in Step 35 on the disaccharide effect.

Sometimes glucose cannot be used and builds up in the bloodstream because the conversion of pyruvic acid into oxaloacetic acid is blocked or too slow. This conversion requires manganese, biotin and nicotinamide. These and also other vitamins and minerals required for the energy metabolism should be supplied in generous amounts.

The large buildup of acetyl coenzyme A is reduced in the liver by conversion into saturated fatty acids and cholesterol, which both contribute to the development of atherosclerosis. In uncontrolled diabetes a surplus of fat leads to the production of ketones and keto-acids from acetyl coenzyme A. Ketones, such as acetone, can to some degree be used by the muscles to form oxaloacetic acid via pyruvic acid and thus keep the citric acid cycle going. However, this conversion is slow and a large amount of the keto-acid acetoacetic acid accumulates and makes uncontrolled diabetics extremely overacid. The liver can metabolize glucose without the help of insulin, and high levels of glucose flooding the liver can cause a large buildup of lactic acid. Thus an intake of sweet food contributes to general overacidity.

Intestinal sanitation, avoidance of sucrose and allergy testing or a low-allergy diet are the main features in normalizing insulin production in insulin-dependent diabetes; a proper nutritional program is a second line of defense and can give good results even in resistant cases such as tumor of the pancreas.

The metabolic problems of slow oxidizers are similar to those described for diabetics. However, the glucose deficiency inside the cells is far less severe and, therefore, we do not have the overacidity resulting from an overproduction of keto-acids. Instead, the surplus of acetyl coenzyme A is mainly converted into saturated fatty acids and cholesterol, causing atherosclerosis, cardiovascular disease, fatty degeneration of the liver and overweight. In the slow oxidizers overweight is mainly a result of eating too much fat, while in the fast oxidizer overweight results mainly from eating sweet food and wheat. In both cases the thyroid gland tends to be underactive.

The answer to these problems is to speed up glycolysis and produce more oxaloacetic acid. This can be done by supplying plenty of fruit acids as well as all the vitamins and minerals required for the sugar metabolism. Minimizing fats and sugar will stop the oversupply of acetyl coenzyme A while epinephrine levels will fall and insulin activity rise in the absence of meat and stress. This is the key to cleaning atherosclerotic arteries.

The sub-oxidizer has an inefficient metabolism and, in a way, combines the problems of the fast and the slow oxidizer. Many sub-oxidizers have cancer or precancerous conditions. In cancer the metabolism of all nutrients is greatly impaired. The main energy production of cancer cells is similar to that present in uncontrolled hypoglycemics: both produce mainly lactic acid instead of energy. While this makes the tumor itself overacid, the rest of the body may be too alkaline due to a very sluggish metabolism.

Figure 5-2 reveals how we can starve a tumor: we must reduce all nutrients except fruit acids to the bare minimum. In this way the tumor is completely deprived of energy while normal body cells can still derive energy from metabolizing acids together with fatty acids from the fat deposits of the body.

The time-tested method used in natural medicine for those with sufficient fat reserves is a fast, lasting several weeks, on fruits only, mainly tart varieties. The grape cure has become famous; also tart apples and acid citrus fruits may be used. During this time it is essential to clean the bowels daily (Epsom salts, colonics), otherwise the poisons generated by a large, disintegrating tumor can cause great distress and even death. At other times, use plenty of red beets, raw, juiced or cooked. The red beet pigments greatly increase the oxygenating ability of the cells and normalize the metabolism.