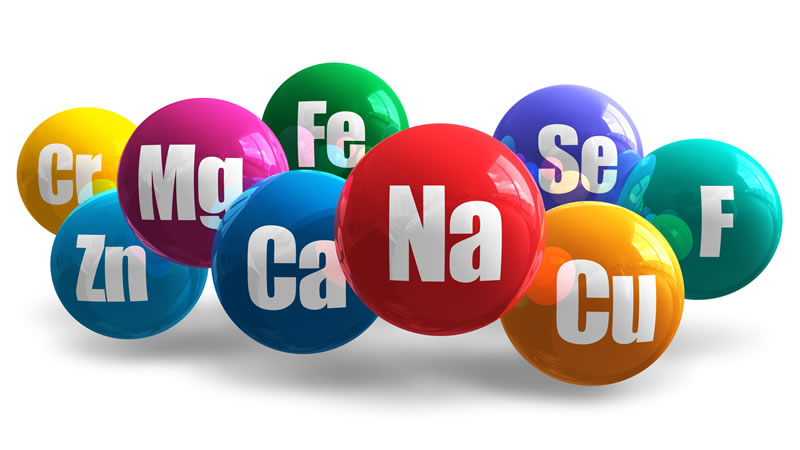 Why is mineral balance important?

There are many minerals that play an important role in human physiology and these MUST be obtained in the nutrition, as our body does not manufacture them.

Our body has a mineral composition that is surprisingly similar to that of unpolluted open sea water. Apart from the primary minerals, sea water contains some 80+ additional elements in trace quantities. Although it had not been fully recognized in the past, it now appears that that these trace elements are ALL used by our physiology in various ways, to build strong cells and to foster an effective cellular repair mechanism as we live our lives.

For example, plants that are fed only sodium chloride (common table salt) soon wilt and die. But plants that are fertilized with diluted sea water only, will thrive and grow strong. Our physiology is much more complex than that of plants, but our body does have an important vegetative component and the use of diluted sea water to flavor our food and to drink can often result in wonderful healings. Without proper balance of primary and trace minerals it is not possible to obtain smooth functioning of our physiology.

How does mineral imbalance affect my health?

We can count as many as 10 different metabolic imbalances in human physiology and in each of these, a mineral imbalance usually plays a role, be it direct or indirect. A brief description of these imbalances is given at http://www.royalrife.com/hbal.html and many tests are discussed to detect these imbalances.

One famous such test would be to find out what is the pH of the lymph. Unfortunately, the lymph is not easily sampled and so most diagnostics have relied on indirect means such as measuring the pH of the saliva upon first rising in the morning and the pH of the urine through the day.

All 10 of the metabolic imbalances eventually have a profound impact on the health and can result in chronic and ultimately deadly conditions.

In that sense, mineral imbalance is a component of practically every disease condition known to man. Of course, it can take as much as 7 years, under ideal conditions, to completely replace all the cells in the body by new ones. So, it would be naïve to claim that overnight mineral balance will result in overnight healing of all our diseases. But eliminating mineral imbalances is now feasible in relatively short order and should therefore be an integral part of any health regimen, as important as finding clean air and clean water.

What are the general signs of mineral imbalance?

The most general signs of mineral imbalance relate to problems in the sympathetic and the parasympathetic nervous systems. Calcium activates the sympathetic system and magnesium inhibits it. Our nutrition is generally devoid of magnesium because it has been leached from the soil and it is not present in dairy products. Since we get plenty of calcium from dairy products, our sympathetic nervous system is generally over stimulated and we often become irritable and excessively prone to fight or flight reactions. Magnesium generally resides in the muscles and once they become depleted of magnesium, while being stimulated by calcium, we often experience muscle twitches that become more noticeable at night when we are trying to rest.

Sodium inhibits the parasympathetic nervous system and potassium stimulates it. One of the functions of this system is to regulate rest and digestion. Our average nutrition supplies a lot of sodium, sometimes 10 times more than necessary and too little potassium, because we eat fewer and fewer vegetables, the main source of potassium. One result of this imbalance is that our society tends to have difficulty with digestion and sleep. This problem is so common that it is now considered “normal” to experience tiredness, sleepiness and fatigue to the extent we do.

Another general sign of mineral imbalances relates to skin tone and skin health. Many skin afflictions simply go away once the primary and trace minerals are brought into balance.

Conditions caused by mineral imbalances include osteoporosis, a prevalent condition that leads people to have weak and brittle bones as they age. In this condition, calcium is leached from the bones in order to maintain the pH of the blood between 7.35 and 7.45. Many studies have shown that this is not healed by simply giving calcium supplements alone. Magnesium and other minerals are needed to properly utilize calcium inside the body and deposit it in the bones.

There are other long term conditions that are believed to ultimately depend on mineral imbalances. One of those is candida overgrowth. Candida is believed to be related to a general lowering of the pH of the lymph system which in turn is accelerated when the alkaline forming minerals, calcium and magnesium are improperly absorbed in the digestive tract.

There are other conditions that occur only in certain individuals as a response to mineral imbalances in the primary and the trace minerals. One of these is psoriasis that responds well when a sufficient quantity of primary and trace minerals is absorbed.

The pH of a newborn baby’s lymph is 7.4, the same as the blood pH. During life, the blood pH is accurately maintained at 7.4, and if not, we die within days. Emergency medicine has developed a number of technologies for balancing the blood pH. These methods can be very useful in emergency situations. Because some of us consume relatively too much protein with too little fat, and because our nutrition is unbalanced in minerals, the pH of our lymph gradually decreases as we age.

The national average lymph pH is 6.2, indicating that 94% of the oxygen we had at pH of 7.4 is gone from our lymph. All of our organs are bathed in our lymph and are increasingly stressed as the lymph becomes more acid. Eventually something breaks and we come down with a degenerative disease that is often fatal. For example, dying cancer patients often exhibit a lymph pH around 4.4, indicating that 99.9% of the oxygen is now gone from the lymph. Of course, a decreased lymph pH is not the immediate cause of cancer, itself a very complex disease; but a low lymph pH can make it a lot easier for the cancer to develop and grow in such a low oxygen environment.

Is it possible to maintain sufficient mineral levels without supplementation?

In past civilizations, the answer might have been yes. The soil was rich in dolomite, an abundant source of calcium and magnesium and occasional flooding with sea water would raise the overall mineral levels. Thus vegetables and fruits would contain the minerals that we need, as the roots of the plants would extract them and process them for us.

There are only few places left on Earth where such soil is still available. Our large population has resulted in constant food production on our soils that have become depleted of the minerals they used to contain. Now it has become a practical necessity to supplement our diet with balanced minerals.

I have enjoyed the discussion below of the possibility to transmute elements using the geometry of standing waves.

What I would like to add to this discussion that the work of Dr. Louis Kervran on biological transmutation came to the same conclusion as the Japanese study, namely, there are in-vivo nuclear transmutations performed by living systems that can not be reproduced in-vitro (dead system). The reaction potassium + hydrogen – Calcium was indeed observed by many workers in the field.

It is believed in some quarters that there are 4 types of biological transmutations among the 4 primary minerals of animal and people, Calcium, Magnesium, Potassium and Sodium. I have illustrated these 4 reactions this way:

My own feeling is that there is a connection between ORMUS matter and biological transmutations. At least my own theory of Variable Energy Quantum Mechanics (VEQM) seems to suggest such a connection. For example, there is the reaction Deuterium + Deuterium – ORMUS-Deuterium that probably takes place in most cold fusion experiment. The Ormus-deuterium is hard to detect so ordinary deuterium seems to disappear without a trace. Then, Helium formation is not observed and is not necessary in an ORMUS model of cold fusion. The extra heat observed can come from the binding energy released when the two deuteriums form the ORMUS-Deuterium.

The formation of He4 directly would constitute a biological transmutation, which however has never been observed in-vitro.

When a biological transmutation is observed in vivo, it is quite possible that such biological transmutations proceed with some intermediate stage involving ORMUS-elements or ORMUS-molecules mostly as catalysts! It is believed that ORMUS-elements can be chelated in certain enzymes and that when this happens, the enzyme is capable of catalyzing reactions that would be impossible by conventional chemical means.

Here it is worth noting that conventional chemistry decides on the possibility of a reaction strictly on ground of continuous conservation of energy at all stages of the reactions. However, VEQM allows for variations of the conventional total energy during the the processes that are allowed by VEQM.

I believe that we will be learning a great deal more in the next few years about the connection between ORMUS-matter and biological transmutation as observed in the Japanese chicken experiment.