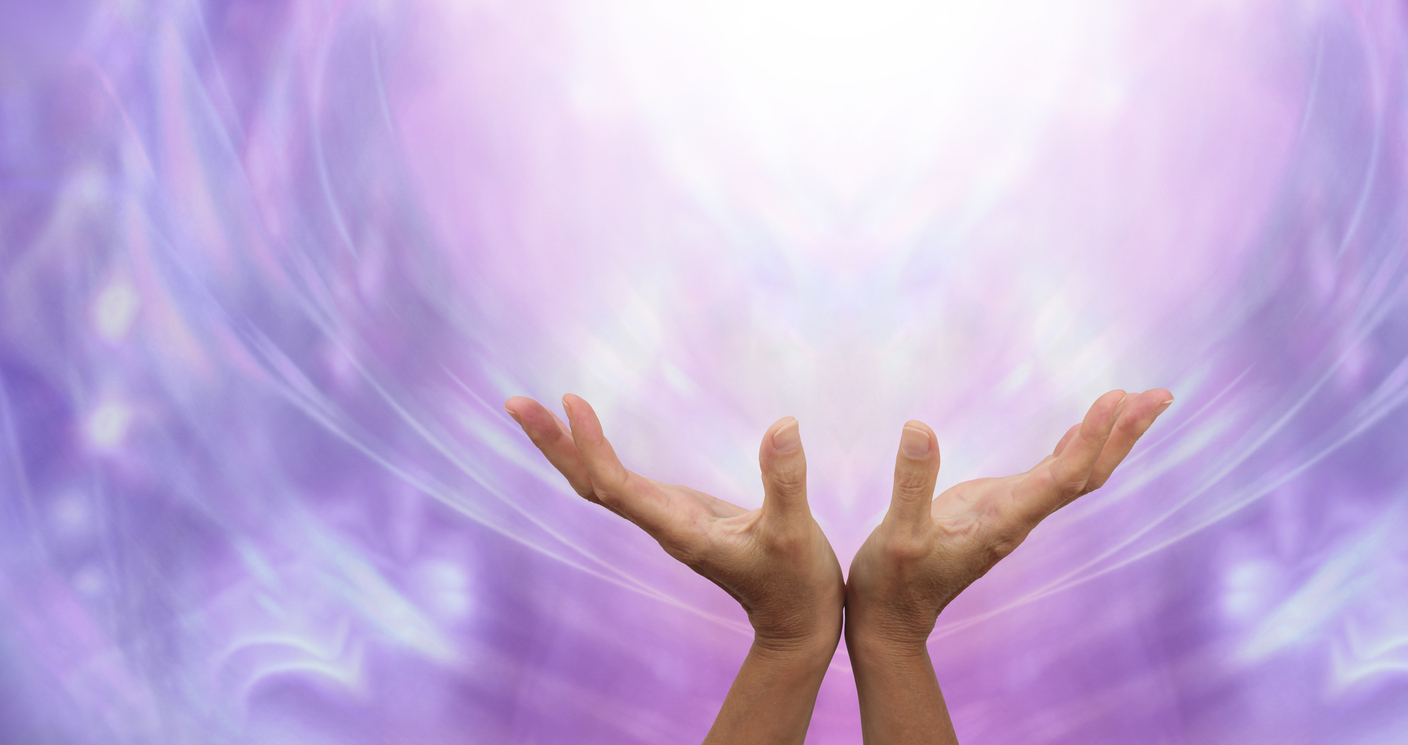 At 19, he is said to have cured a rock star and an astronaut and everyone wants a piece of this private young healer. But nobody really understands what he does.

VANCOUVER – I am sitting in the dark, on a green leather sofa, my feet firmly planted on polished hardwood. This spacious but sparely furnished family room is on the main floor of a detached suburban home just outside Vancouver. A 19-year-old “energy healer” who calls himself Adam is standing about three meters in front of me.

“Just relax,” says Adam, twisting his body with arms spread out, as if he were warming up to throw a discus. From the dim light in the kitchen, I see him in the shadows looking down at his feet. Then his head suddenly jerks up, but he’s clearly not in the same space any more. He looks off into the distance, as though he’s fallen into a trance, and starts manipulating the air in front of his face with his palms spread flat.

As Adam will later explain, he is visualizing a hologram of my immune system. He describes these visions as layers of 3-D images in which he sees organs moving, hearts pumping – and sometimes, bright green masses that can indicate tumors. You may have heard about this boy with the so-called magic touch. I first met and wrote about him 18 months ago. Since then, he has been profiled in numerous television documentaries and magazine articles, including a splashy feature in Rolling Stone magazine.

At the time, this completely normal-looking teenager had just self-published a book called Dreamhealer: His Name is Adam. The book, which has since sold more than 20,000 copies, attempted to explain what he does, diagnosing and treating illnesses from a distance, and included a testimonial from Ronnie Hawkins, the rock ‘n’ roll legend Adam allegedly cured of terminal pancreatic cancer by staring at a color photo and connecting to the Hawk’s energy field from 5,000 kilometers away.

Today, the Hawk is still kicking, has remained cancer-free and is getting ready for his big 70th-birthday bash. “I was brought up in the South, where you ain’t supposed to believe in this stuff,” He told Rolling Stone. “Jesus healed, but I never read anything where it was long-distance. There’s a lot of shit out there, and I don’t believe none of it. But I’m telling you exactly what happened to me. This wasn’t no coincidence. I don’t know how Adam did it. But, my God, if that’s what he can do, in two years he’ll be able to buy Jimmy Swaggart.”

For now, Adam is just trying to concentrate on his first-year midterms at university now that his second book, Dreamhealer 2: Guide to Self-Empowerment, is back from the printers. He still has a website – search for dreamhealer. Adam is studying general sciences and plans to become a naturopathic doctor. Some day, he would like to open a center where alternative and Western medicine can be combined.

Because of his intense study schedule, and overwhelming demand for his help, he no longer performs one-on-one sessions. “There are just too many people out there who want my help,” he say. “Sometimes it’s so difficult turning people away, especially when they have little kids with cancer spread all over their body.”

Adam remains anonymous to protect his family’s privacy, while keeping the seekers and skeptics at bay. “I’ve received thousands of emails from people who want help. I’ve been asked to quit school, and give up my friends or sports. One guy even suggested I sleep less. But even if I were doing this 24/7, there still wouldn’t be enough time to help everyone.

“And a lot of people that come to me aren’t even willing to help themselves. That’s why I’ve written this book. Everyone has the ability to heal themselves. It’s just a matter of understanding that the mind does affect the immune system. And you also have to be willing to adopt a healthier and positive attitude. Intention counts for a lot.”

For a lot of people, Adam says, books aren’t motivation enough. So, as well as his alternative individual therapy, he has begun offering group-healing sessions, which he says can be far more powerful anyway. More than 2,000 have already attended his workshops. The next workshop takes places in Vancouver in January. With 450 participants, it’s the largest yet, and has already sold out.

The workshops function by joining everyone’s aura and allowing the group’s combined energy, including Adam’s, to flow together in a master hologram. He describes the energy field as being similar to two bubbles in a bath that suddenly burst into one large bubble. Adam prefers to do workshops with groups of people who suffer from the same illness, but says anyone can benefit.

“If you are doing your own visualizations to direct your energy to a specific problem, the group healings are even more powerful than the individual healings,” he says. Back in the family room, I feel a slight pressure on my neck as Adam shifts his gaze down and starts knitting his hands as if he’s trying to dig at something or push it out of the way.

Then his whole body slams backward and he nearly falls to the floor. He sits down and cups his hands in front of his eyes to shield his dilated pupils. “It’s like coming out from a cave into a very bright light,” he explains as he catches his breath.

“I saw a blob,” Adam says. “It’s actually a little deeper than it looks from your aura. It’s just below your ribs, on the right side.” A blob? “It sort of looks like the lymph nodes, but the source is deeper than that. It’s kind of thick and pasty. It’s actually quite concentrated. And it’s constantly pulsing, almost the same as your heartbeat. It’s not something I see very often.” Is it cancer?

“I don’t see anything hard there. I wouldn’t be too, too concerned, but I think it’s something to check relatively soon. I’m more concerned about your lungs. There’s a general haze over the whole area, and it looks kind of scarred. It’s not a huge problem, but they look pretty weak.”

My mind reels. Unidentifiable blobs? Hazy lungs? How soon can I get an MRI scan? “Don’t worry about it too much or it will manifest into a physical problem,” Adam says. “You know, the pulsating is not something I see very often, but it can sometimes be an emotional block. Maybe that’s where you store your emotions.”

Emotional block? Whew. How about writer’s block? I suffer from that quite often. Either way, at least we’re finally talking about concepts I can almost understand. No one can explain what exactly Adam does. Edgar Mitchell, however, says this sort of healing is firmly rooted in science – or at least its fringes.

Mr. Mitchell, a former NASA astronaut and the sixth man to walk on the moon in 1971 as part of the Apollo 14 mission, has been a mentor to Adam for several years. He is also a former patient who credits this young man with making a tumor on his kidney disappear. “Understand, I have been studying these things for 30 years or more,” Mr. Mitchell, now 74, says over the phone from his home in Florida.

On his return journey to Earth, he says, he experienced a life-changing epiphany, one he describes as a spiritual awakening that made him instantly aware that we are all one with the universe. Soon after, he founded the Institute of Noetic Sciences, now based in Northern California, and has since spent his entire life trying to understand how mind reading, telekinesis and seemingly unexplained paranormal phenomena might be integrated with science theory.

Mr. Mitchell and his peers argue that the world cannot be explained through cause-and-effect Newtonian physics. They believe that quantum mechanics, a much less understood science, will one day show that energy is not restricted to time or location, but is connected to a parallel or universal field of energy that we can affect through our minds or conscious intent.

Adam, so the theory goes, is one of the rare individuals who can apparently jump into this alternate field much more easily than most and manipulate the energy. “The problem of how intentionality can be modeled within science is a very difficult one,” Mr. Mitchell says. “I won’t say it’s intractable. We have clues, but no solid answers. Watching folk like this operate will help get us closer.”

Last December, during a routine physical exam, Mr. Mitchell’s doctor found a mass on his kidney that was consistent with renal carcinoma. He asked for a second opinion from Adam, who thought it might be “hot,” and they went to work.

Adam says that once a week he would connect with Mr. Mitchell’s energy field and visualize the tumor being wrung dry until it crumbled like sand. A month later, Mr. Mitchell went to a radiologist, who told him the mass was getting smaller and to keep doing whatever he was doing. By June, it had disappeared. “I’ve worked with some good healers,” Mr. Mitchell says. “I think Adam will be up there among the best. He just needs experience. It wouldn’t hurt if he had more education in anatomy. ”

At home in Vancouver, with his first-term finals looming, Adam doesn’t disagree. “I’m learning a lot in my classes that are helping me make sense of what I’ve experienced. In chemistry, we’re learning about the quantum mechanics of atoms and the zero-point field. In biology, well, we’re learning about all the things we don’t know. Basically, half the textbook is made up of things we don’t know. I find that very interesting. I think a lot of the things I’m working with might be the missing link.”

We return to the family room and turn off the lights. As Adam does his twitching thing, my head starts getting very heavy and falls back on the couch. Before my eyes close, I feel my chest puffing up like a balloon. When he finishes, I’m totally pumped and feel like I’ve just run 10 miles. “Uh, I think you should stop smoking now, while your body can still recover from it,” Adam advises. “It’s okay now, but it won’t be in 10 or 15 years. Why don’t you try chewing gum?”