Onions not only provide flavor, but they also provide our bodies with many health-promoting phytochemicals and nutrients. Onions contain a flavonoid called quercitin. This antioxidant helps delay or slow the oxidative damage done to cells and tissues in our bodies. Studies have shown that quercitin helps to eliminate the free radicals in the body, to inhibit low-density lipoprotein oxidization, to protect and regenerate Vitamin E, and to inactivate the harmful effects of chelate metal ions.

Other studies have shown that the consumption on onions may be beneficial for reduced risk of certain diseases. They may prevent gastric ulcers by scavenging free radicals and by preventing growth of the ulcer-forming microorganisms called Helicobacter pylori. Pungent onions (due to high sulfur content) are associated with strong anti-platelet activity. Platelet aggregation is associated with heart attacks, strokes, atherosclerosis and cardiovascular disease. 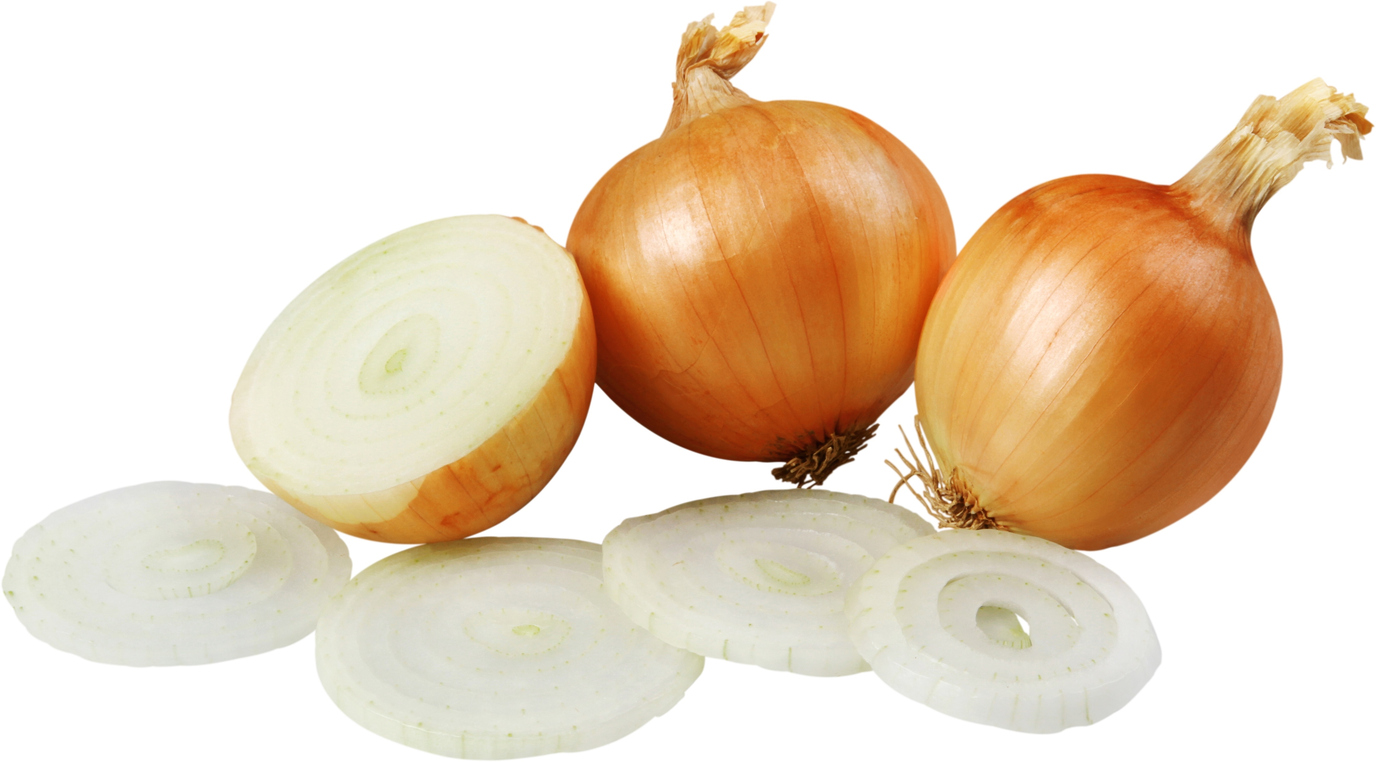 The word onion is derived from the Latin word unio, meaning “single” or “one”, due to the single bulb it produces. Originating in Asia and The Middle East, onions have been grown since before recorded history. The first actual written record appeared in Mesopotamia (now part of Iraq) dated 2400 BC.

Onions are noted in the Bible as one of the foods most longed for by the Israelites after leaving Egypt for the Promised Land. Onions were highly regarded by the Egyptians. They were fed to workers and were used as pay for the people who built the pyramids. Onions were also placed in the tombs of kings such as King Tutankhamen. It was believed that the kings would carry these gifts bestowed with spiritual significance into the afterlife.

As early as the 6th Century, onions were used medicinally in India. While onions were popular with ancient Greeks and Romans, they often added more seasonings to the vegetable, as they were not thought spicy enough. In contrast, it has been the pungency of the onion which has made it a popular food among people who use this vegetable to add flavor to their meals.

Onions were an indispensable vegetable in the kitchens of many European countries during the Middle Ages and was later even served as a healthy breakfast food. Christopher Columbus brought onions to the West Indies, and from there, popularity and cultivation spread throughout the Western Hemisphere. China, India, the United States, Spain and Russia are now the leading producers of onions.