E3Live – The Most Vital, Wild-Grown Superfood on the Planet!

E3Live Algae is harvested from the wild in its 100% organic natural state. It comes to you directly from southern Oregon’s Klamath Lake. Located at 4100 feet in elevation, the lake is far removed from any large cities that might pollute the air and water, and is entirely surrounded by the Cascade Mountains, private & state owned timberlands, national forests and government-protected land. Residential development is limited to a small portion of the southern tip of the lake. The area from which AFA is harvested is remote from any industrial or residential activity.

This unique ecosystem of mineral-rich water, clean air and high intensity sunlight makes Klamath Lake the perfect ecosystem for this nutrient-dense whole food. It is often thought that lakes are polluted because they have algae growing in them, but this is a myth. The water quality must be good for nutritional species to exist. Klamath Lake is continually monitored for heavy metals, pesticides and herbicides. There has never been concern, as all tests come back showing the water is acceptable as potable.

The pristine waters of Klamath Lake, Oregon USA
This lake has an astonishingly high mineral concentration, due to a massive volcanic eruption, over 7,000 years ago, that covered the area with millions of tons of mineral ash. Klamath Lake is located in a 4000 square mile volcanic basin. It’s fed by 17 streams and rivers, and has an annual average deposit of 50,000 tons of mineral-rich silt. This makes Upper Klamath Lake one of the richest nutrient traps in the world, and also part of the mineral-rich “Ring of Fire” region (see map below). Unless you know the source of your AFA, there is no guarantee of quality. E3Live products are harvested by the most competent harvesting team, and staff of engineers in our industry.

The benefits of E3Live Algae are directly related to the care and attention given to the source and harvesting the product. Our quality care begins with the selection of the freshest Algae”blooms” from pristine Eagle Ridge. The harvesting is quickly followed by rapid chilling of the AFA to 34-37 degrees Fahrenheit. Next, our E3Live is further purified by careful centrifugation, leaving a product chilled and scrupulously clean. E3Live is handled more expeditiously from harvest to freezer than any competitive product. Our quality control parameters, coupled with our proprietary final processing, yields the Lake’s most potent source of AFA. E3Live uses 100% Algae. The species is called Aphanizomenon flos-aquae (AFA for short), an edible freshwater plant that is at the very foundation of the entire food chain.

“Ring of Fire” in the mineral-rich Pacific Ocean 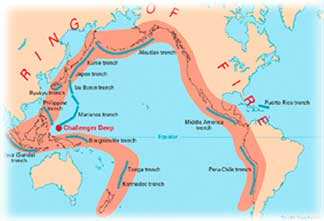 Aphanizomenon flos-aquae means invisible flower of the water. It is a nutritional plant: a very special form of cyanophyta. There are about 1500 species of the cyanophyta community, AFA from the Upper Klamath Lake is just one of them.

Collectively, cyanophyta are responsible for 90% of the Earth’s oxygen and 80% of its food supply. They grow in nearly all droplets of sunlit water, in every gram of soil, on the bark of trees and the surfaces of rocks. It is estimated that there are as many as 50,000 species, including various seaweeds and plankton.

All foods reflect the environment in which they are grown. The beautiful, unpolluted Klamath Lake (one of the few remaining alkaline lakes on the planet) holds the key to E3Live’s remarkable potency.

Aphanizomenon flos-aquae (AFA) from Klamath Lake exhibits the nutritional characteristics that make it great. It is the most fundamental food on the planet; there is simply nothing that compares. Cyanophyta has been harvested and consumed for centuries and yet, until recently, its immense nutritional value has mostly gone unrecognized. Science is now focusing their attention on AFA due to current research that has shown AFA’s unique photochemistry link to controlling many disorders affecting the body. The results of this research and testing have been impressive enough for UC Irvine Scientists to call it a “Super Food, capable of contributing to the achievement and maintenance of wellness”.

The discovery of this ancient strain of cyanophyta Aphanizomenon flos-aquae (AFA) has led to a new Superfood that contains more protein and chlorophyll than any other food source. Primitive as cyanophyta may appear, most are highly efficient photo synthesizers, even more so than plants. AFA utilizes light energy from the sun, carbon dioxide from the air, and hydrogen from the water to synthesize proteins, carbohydrates and lipids. E3Live Algae grows only in the wild and is far superior to any other cyanophyta on the planet. It is nature’s perfect food.

E3LiveAlgae is unique among all food nutritional cyanophytas in that it also metabolizes molecular nitrogen from the air to produce its proteins and other nitrogen containing bio-molecules. The AFA cell is truly awe-inspiring. Although hundreds of times smaller than the cells of the plant or animal kingdoms, its wide range of sixty-four micro-nutrients is remarkable and unsurpassed by any known food. It should be no surprise that the nucleic acids of AFA also bio-stimulate the immune system.

Recently there have been many scientifically-controlled studies analyzing the immune enhancing properties of Aphanizomenon flos-aquae (AFA) from Klamath Lake, Oregon. The following institutions have known research underway:

In a recent double-blind, crossover study at the Royal Victoria Hospital and led by Dr. Gette Jenson, they discovered that Blue Green Algae uniquely supports the healthy function of the immune system.

The following are brief summaries of other scientific studies:

Recently the first stage of an extensive research project carried out at the Royal Victoria Hospital in Montreal, Canada produced some remarkable results. The project studies the effect of Aphanizomenon flos-aquae on the immune and endocrine systems, as well as on general blood physiology. It was discovered that eating AFA had a profound and unique effect on Natural Killer (NK) cells. The results were recently published under the title: Effects of the Blue Green Algae Aphanizomenon flos-aquae on Human Natural Killer Cells. It appears in Chapter 3.1 of the IBC Library Series, Volume 1911, Phytoceuticals: Examining the health benefit and pharmaceutical properties of natural antioxidants and phytochemicals.

NK cells have the ability to search for and recognize cells that are cancerous or have been infected by a virus, and kill them. The team of research scientists at the Royal Victoria Hospital, led by Dr. Gitte S. Jensen, discovered that eating Aphanizomenon flos-aquae triggers the movement of 40% of the circulating NK cells from the blood to the tissues where their main function is to perform immune surveillance and eliminate cancerous and virally-infected cells. Further research may prove that eating a small amount of AFA every day could assist in the prevention of cancer and viral infections. No other substance is known to trigger such a movement of NK cells in the body. This is very exciting news! We hope you will share it with everyone you know!

Is AFA a liver toxin?

This myth happens because of a lack of education and a lack of understanding of the different species of algae. AFA is a nutritional specie of cyanophyta and is considered safe for human consumption and considered an agricultural product by the Oregon Department of Agriculture Food and Safety Division. There are tens of thousands of species of algae. Of blue-green algae, some species are toxic, some are not, and a few are considered nutritional sources. AFA cyanophyta has been consumed for hundreds, perhaps thousands of years. In our current culture, this specific source of AFA harvested from Klamath Lake has been used for more than 25 years, including in clinical settings with notable doctors. The specie of algae that is a liver toxin is not AFA, it is called Microcystis aeruginosa. It occurs in nearly every body of water, including our public drinking water. The Oregon Department of Agriculture has set a safe level of less than one part per million as acceptable in algae products. It is interesting to note that we must abide by these figures, but there are no set figures for your public drinking water.

That’s correct, but not quite. Algae growing in ponds, swimming pools, etc. may not be safe for human consumption. E3Live AFA is a nutritional specie of cyanophyta and is considered safe for human consumption and considered an agricultural product by the Oregon Department of Agriculture Food and Safety Division. There are tens of thousands of species of algae. Of blue-green algae, some species are toxic, some are not, and a few are considered nutritional sources. AFA cyanophyta has been consumed for hundreds, perhaps thousands of years. In our current culture, this specific source of AFA harvested from Klamath Lake has been used for more than 25 years, including in clinical settings with notable doctors.

“Feel the difference” or your money back! For up to one year on all E3Live products. No questions asked.

Your satisfaction is our delight.

“Sharing the many benefits of E3 Live brings me personal joy. This divine gift of nature has enriched thousands of lives, including our much-loved animal friends. You will “feel the difference” with E3 Live. You have my promise.”
Michael Saiber, Founder, E3Live Inc. 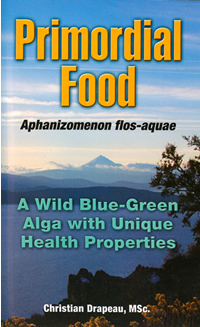