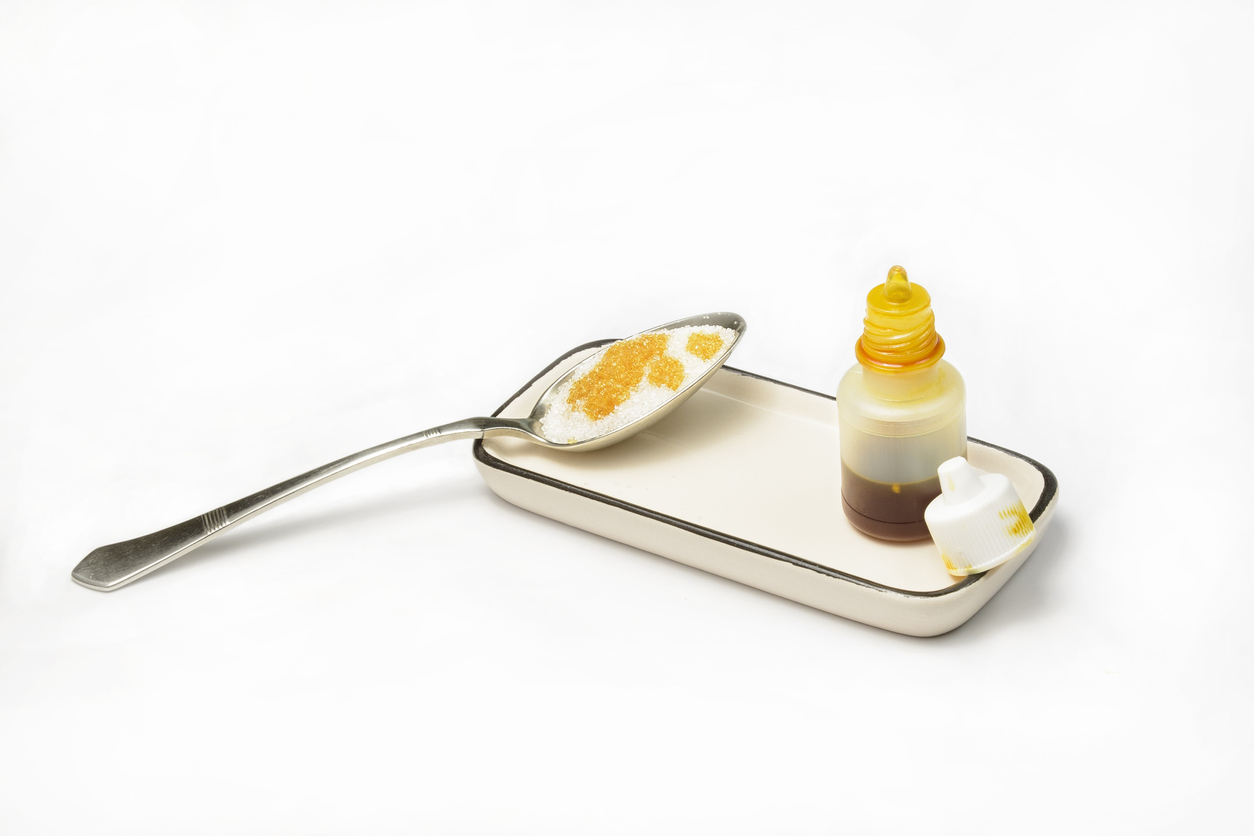 Bees create propolis by collecting a resinous sap from trees and then mixing it with wax back at the hive. They use this material much the way people use caulk: to seal their homes. Chemically, propolis is exceedingly complex and contains a rich variety of potent terpenes and benzoic, caffeic, cinnamic, and phenolic acids. It’s also high in flavonoids, which by themselves may account for many of the benefits attributed to propolis, and some researchers refer to propolis as a type of flavonoid.

Used in ancient healing for many centuries, propolis, may have been present on earth for 80 million years or more!! It has natural healing, energizing, antibacterial, antiviral properties. Rich in bioflavonoids, propolis may help in healing and mending blood vessels and resisting the release of histamine. Bioflavonoids are researched as having particular benefit to high blood pressure, respiratory infections and liver conditions. More recently, research has shown that propolis may prevent or retard the growth of certain types of cancerous cells in the human body. (research at Columbia University)

One of the most significant medical journal articles described how the caffeic acids in propolis and honey might prevent colon cancer, which kills some 60,000 Americans each year. Chinthalapally V. Rao, Ph.D., of the American health Foundation, Valhalla, N.Y., reported in Cancer Research (Sept.15,1993; 53:1482-88) that these caffeic acids prevented the formation of precancerous tissue in rats after they were exposed to cancer-causing chemicals.

Most medical articles, however, still point to the value of propolis as a powerful, natural antibiotic. That doesn’t mean eating propolis will let you throw away your antibiotics – only that you may not need them quite as often. Why would bees need substances with broad antibacterial and antiviral properties? Any beekeeper will tell you the answer. Bees are very susceptible to bacterial and viral infections, which can destroy hives the way the bubonic plague ravaged Europe in the 17th century.

Two medical journal articles document the activity of propolis specifically against Staphylococcus aureus, the bacterium that causes dangerous and often deadly surgical infections, blood poisoning, and a type of pneumonia. Five to 10 percent of all patients hospitalized in the United States develop such infections, and S. aureus has become resistant to all but one pharmaceutical antibiotic.

In a Chinese study, researchers found that extracts of propolis – specifically, sinapic, isoferulic, and caffeic acids – inhibited the growth of S. aureus (Qiao Z, China Journal of Chinese Materi Medica, Aug. 1991;16:481-2). A European study reported that ethanol extracts from propolis had a “marked synergistic effect” on the anti-staph activity of two antibiotics, streptomycin and cloxacillin, and a moderate effect on several others (Krol W, Arzneimittel-Forschung, May 1993;43:607-9).

Another scientific investigation discovered that propolis inhibited the activity of several streptococcal bacteria species that cause dental caries. Japanese researchers reported that propolis-fed laboratory fats had far fewer caries than those given a regular diet. Propolis protected specifically against Streptococcus mutans and several other strep species (Ikeno K, Caries research, 1991;25:347-51). These strep species are closely related to the germ that causes strep throat. Propolis works against bacteria in several ways. One study reported that it prevented bacterial cell division and also broke down bacterial walls and cytoplasm, which is how some prescription antibiotics work (Takaisi-Kikuni NB, Planta Medica, June 1994;60:222-7).

Perhaps more remarkable is that propolis acts against viruses, which antibiotics do not. A number of medical journal reports have discussed the role of propolisin fighting upper respiratory infections, such as those caused by the common cold and influenza viruses (Focht J, Arzneimittel-Forschung, Aug. 1993;43:921-3). Other investigators have reported that the cinnamic acid extracts of propolis prevent viruses from reproducing, but they worked best when used during the entire infection (Serkedjieva J, Journal of Natural Products, March 1992;55:294-302).

Underpinning many of the benefits of propolis is that some of its components, like the flavonoids and ethanols, function as antioxidant free-radical scavengers. A study published in the Journal of Ethnopharmacology (Jan. 1994;21:9-13) noted that some of the antioxidant phenols in propolis functioned similarly to vitamin E. In another article, researchers described that propolis had anti-inflammatory properties and that it could also prevent blood clots (Drugs Under Experimental & Clinical Research, 1993; 19:197-203).