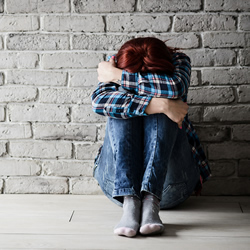 This article was excerpted from Dr. Ann Blake Tracy’s May 2000 article entitled, “The Aftermath of Prozac, Zoloft, Luvox, Fen-Phen, and Many Other Serotonergic Drugs” and is available on her website www.drugawareness.org. Dr. Ann Blake Tracy is the executive director of the International Coalition for Drug Awareness and the author of the book “Prozac: Panacea or Pandora?” normally $19.95 but is available to Spectrum subscribers for $14.95 this month. To subscribe to The Spectrum AND order a copy of this life-saving book, call 1-877-280-2866.

If one naturopathic physician prescribed a natural product that caused an adverse reaction in their patient we can just imagine how both the physician and the plant product would be demonized in the dominant media. It has been plainly obvious since before it became FDA approved and prescribed to millions that Prozac is an extremely dangerous drug that can kill people. What does this tell you?

The Back to Basics column was started in August 1999 as a way of helping people treat their biochemical imbalances without drugs. The idea was to assist people gently in discovering how their body works in health and disease without incurring too much expense buying multi-level marketing potions or relying on the vast array of alternative practitioners. What I now realize is that far too many have become dependent on dangerous pharmaceutical drugs that never address the cause of the ailment but actually exacerbate the problem. These drugs are counterproductive when used with any natural healing program and have been a source of frustration for me since most people don’t understand how they “work” and why they are so dangerous. Since the July 2000 Spectrum came out with its lead story, “The Ticking Time-Bomb: Prozac – Prescription for Disaster,” I have become somewhat numb with shock from the horrific consequences of drugs licensed by an FDA that is wedded to the very industry it should be monitoring for safety. When Vickie Barker called me in March with her Prozac story, I realized it was time to devote this column to serotonergic drugs. If you are currently taking ANY pharmaceutical drugs, do yourself a favor by looking up the drug in the Physician’s Desk Reference. And even better, go directly to the drug manufacturer and ask for the original studies done on this product prior to FDA approval.

The most commonly prescribed antidepressant drugs in use today are Prozac or drugs which work on the same principle as Prozac – Zoloft, Luvox, Paxil, Celexa, and the latest, Sarafen. They are known as selective serotonin reuptake inhibitors (SSRIs) and are designed to block the metabolism of serotonin, thereby increasing levels of this neurotransmitter in the brain. Medical research has shown that the theory behind the use of these drugs is invalid. Elevated serotonin is found in: psychosis or schizophrenia, mood disorders, organic brain disease, mental retardation, autism and Alzheimer’s. Whereas low levels of the metabolism of serotonin (which also produces high serotonin) are found in those with: depression, anxiety, suicide, violence, substance abuse, insomnia, nightmares, impulsive behavior, reckless driving, exhibitionism and hostility. SSRIs increase brain levels of serotonin and decrease the metabolism of serotonin leading to any or all of the above results.

The October 20, 1997 edition of TIME magazine quoted Dr. Candace Pert, Research Professor at Georgetown University Medical Center and past head of the brain chemistry department at the National Institute of Health (Dr. Pert is one of the two developers of the serotonin binding process which made possible the development of these serotonergic drugs): “I am alarmed at the monster that John Hopkins’ neuroscientist Solomon Snyder and I created when we discovered the simple binding assay for drug receptors 25 years ago. Prozac and other antidepressant serontonin-receptor-active compounds may also cause cardiovascular problems in some susceptible people after long-term use, which has become common practice despite the lack of safety studies.” Dr. Pert accuses the medical profession of oversimplifying the action of these drugs by leading us to believe they only produce their effects on the brain. An excerpt from a letter to Dr. Ann Blake Tracy, author of Prozac: Panacea or Pandora? brings home this important point:

“I caught the last part of your presentation on Radio Station KEX in Portland while flipping through the dial last night. I was flabbergasted to hear you speak of the horrible potential side effects from Prozac, which I have been taking for approximately four years, particularly since I have been diagnosed recently with cardiomyalgia, severe artery disease, congestive heart failure and also fibromyalgia (I was a very ‘well’ person prior to taking Prozac and am now exhausted all the time, with horrible aching joints, considerable pain and a massive heart problem). The adverse cardiovascular effects from Prozac, the one drug in this class of drugs out long enough to have somewhat of a track record, are listed in the drug information sheets put out by the manufacturer. The ‘frequent’ effects listed are hemorrhage and hypertension. The ‘infrequent’ effects include very serious adverse effects: congestive heart failure, myocardial infarct, tachycardia, angina pectoris, arrhythmia, hypotension, migraine syncope and vascular headache.”

Serotonin receptors exist throughout the body as well as in the brain which is why every aspect of our body’s physiology is affected by these drugs. In fact, serotonin is defined in the 1972 Encyclopedia and Dictionary of Medicine and Nursing as a potent vasoconstrictor substance secreted by argentaffin cells of the small intestine, absorbed by the blood platelets and circulated in the blood. Dr. Michael Gershon believes that this is the reason why Prozac produces so many gastrointestinal side effects. A March, 1998 study shows that Prozac so strongly inhibits one particular serotonin receptor that this produces both obesity and seizures.

But even more revealing is the studies on Prozac leading to its licensing nearly 20 years ago. The following came from Eli Lilly’s own studies on Fluoxetine (Prozac):

So how many violent acts and suicides can be attributed to the proliferation in the use of these serotonergic drugs in the past decade? Reading Dr. Ann Blake Tracy’s summary of violent acts of murder and suicide that have been associated with these drugs literally reads like “the Nightmare on Elm Street.” In fact, every single school shooting from Littleton, Colorado to the most recent in Santee, California can be traced to the use of these drugs.

So why are these drugs still on the market?

By running full page newspaper and magazine ads as well as TV infomercials, manufacturers bring in over $7 million daily. On the other hand they are settling Prozac suicide cases for huge amounts of money in exchange for silence from victim’s families on the details of those settlements. The silence in these court cases insures that the drug will be allowed to finish out its patent time, bringing in the highest possible profits for the manufacturer. Eli Lilly has been sued for Prozac related deaths in numerous state and federal courts with most cases being settled or dismissed.

So what are the future plans for these drugs?

The American Psychiatric Association and the American Academy of Pediatric Psychiatrists asked the FDA in 1998 to consider approving serotonergic antidepressants for use in children as young as two and drugs for anxiety, aggression and manic depression in babies only one month old. From 1995 to 1996 the use of Prozac among children 6 to 12 years old has increased an alarming 400 percent.

In the June 1999 edition of Clinical Psychiatry News, Dr. Malcolm Bowers, a psychiatrist at Yale has found that physicians are not paying enough attention to patient factors that could make treatment with SSRIs dangerous. He found that, “SSRI induced psychosis has accounted for eight percent of all hospital psychiatric admissions over a 14-month period…What is surprising is that this particular group of side effects is really underplayed.” These hospital admissions represent over 150,000 SSRI-induced psychotic breaks a year. The fluoride connection.

“The results are the brain Prozac levels are maybe even a hundred times higher than serum levels and that they accumulate much more gradually over time and probably don’t reach their peak until about six to eight months, in contrast to about two weeks for serum levels. So they’re there and they’ll stick around in the brain for a long time. So a hundred times more in the brain…I think what it means is that the stuff concentrates in the brain and sticks around for a pretty long time.” (Prozac: Panacea or Pandora? p. 122)

“Dr. Karson’s research on the massive build-up of Prozac in the brain would suggest the time period for flushing Prozac, in order to avoid post drug interaction, could be incredibly long. It should be emphasized that it is not known just how long a waiting period is safe. Patients have reported consistently that other drugs cause a variety of adverse reactions for them long after their use of Prozac.” (Prozac: Panacea or Pandora? p. 123)

WARNING: If you are currently taking a serotonergic drug, it is vitally important not to simply stop taking the drug. Dr. Ann Blake Tracy recommends that you “shave” off small amounts daily so that your body adjusts to the smaller dose. It can take two to three months to safely come off of a serotonergic drug.