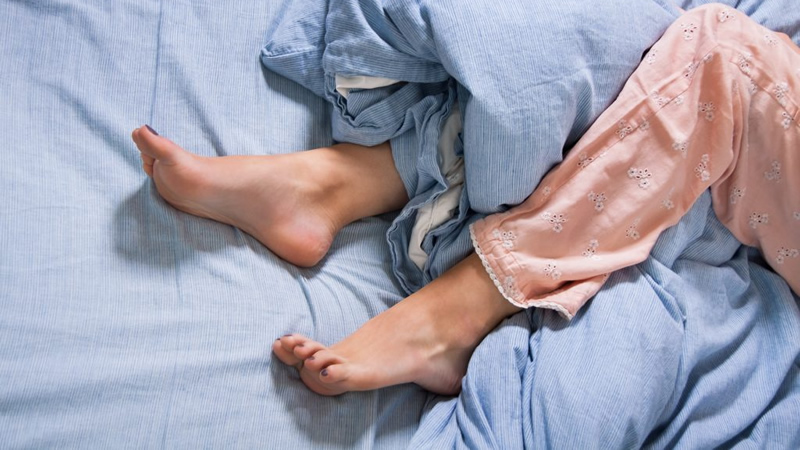 Many people, probably millions, are not able to get a decent sleep because their legs are twitching when they lie down. If that’s you I am sure you agree that sleepless nights are not much fun. Restless legs syndrome symptoms usually include pain, aching, throbbing, itching and feeling heavy or antsy. This usually happens when you relax, just ready to go to sleep.

Allegedly more than one million women get these symptoms in US alone. Restless legs syndrome is common among pregnant women because of the demand on nutrients required to build the fetus. That should give us a clue:

What Are the Major Causes of Restless Legs Syndrome (RLS)?

I believe they are iron and magnesium deficiency. And interestingly, the best sources of these are chlorophyll rich foods.

As you can deduce, these are signs of major toxicity, mineral deficiency, or both.

Not surprisingly iron deficiency anemia has been identified as the most common cause of sleep disorders. This is because the sick peoples daily food intake consists mainly of nutrient deficient instant foods and meals from fast food outlets.

According to many reports, from the day people took rich green foods (iron and vitamins), their restless leg symptoms disappeared immediately.