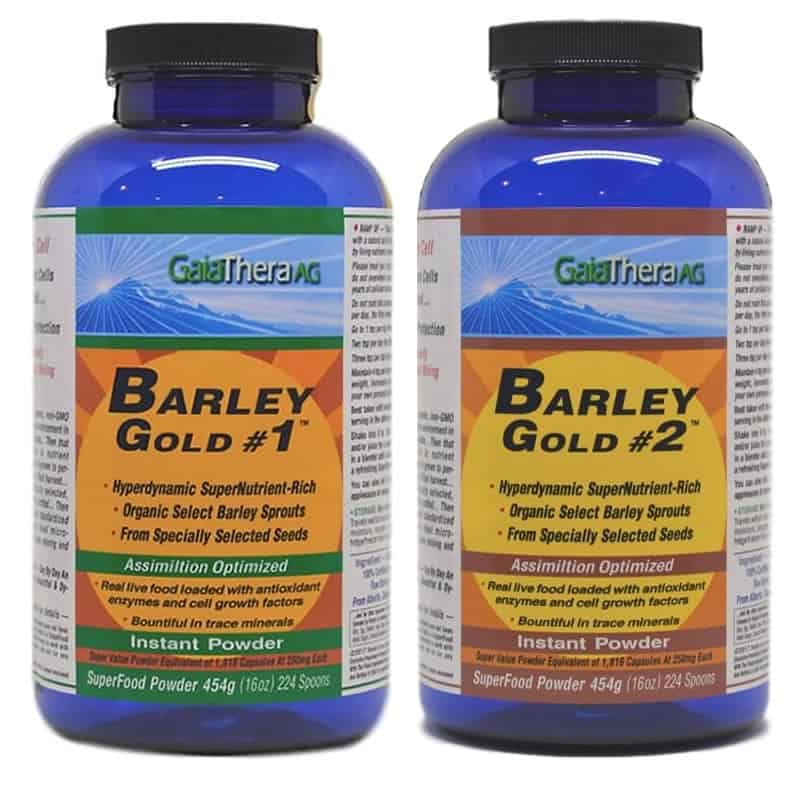 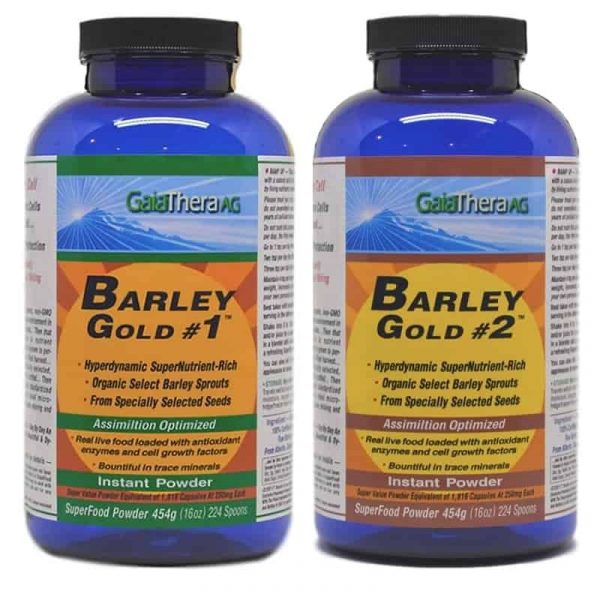 Sprouted Barley – Beyond a Superfood!

Barley Gold is a nutritional protein food supplement – a foundation for any diet to help you reach peak performance with all your body systems and functions.

With more enzymes and nutrients than any other protein supplement, Barley Gold is highly digestible (alive) with bountiful nutrients, raising it beyond the category of a Superfood to BIONOMIC!

What makes Barley Gold better than any other protein supplement?
Barley Gold seeds are carefully selected and start in enhanced and balanced soils. Only viable live seeds remain and sprout, becoming enzymatically and nutritionally active. When stabilized, the seed’s nutrient and enzyme content is protected for up to 3 years.

Since Barley Gold has the building blocks to rebuild the intestine, it is a prime product for those with intestinal issues.

All the seeds are alive and 95% usable by your body. This means quick transport and absorption of needed nutrients, enabling your body to efficiently eliminate toxins and heal.

You get high glycemic quick results with low glycemic endurance!

Beyond Holistic… Beyond Organic… to a new realm of Bionomic!

This process ensures quality and assurance of Barley Gold’s digestibility and usability. Starting from the ground up, here’s the depths undergone to create Barley Gold.

1. Ecological Soil Management System
We ensure the soils are balanced and rich in providing the plants with nutrition to be healthy, strong and very nutritious.

2. Density Alteration
One bad seed can spoil the bunch! This process separates the dead seeds from the live seeds, which means no yeasts or molds.

3. Growth Enhancement Method – Sprouting
The key to sprouting is to make sure all the seeds are given the optimal amount of water, to not drown seeds which causes yeast, mold and gluten issues in most sprouted grains.

4. Nutrient Stabilization Process
Once any food is picked from the vine or soil, they have minutes before most of the vital enzymes and important antioxidants deteriorate. Barley Gold has been stabilized in this alive and nutritiously beneficial state for up to 3 years!

“Zinc, copper and manganese form a very potent antioxidant called SOD or superoxide dismutase. This enzyme is a very powerful antioxidant that actually neutralizes free radicals and prevents damage to our cell membranes. When the membranes are being assaulted by smoke, radiation from the sun, poisons or chemicals, SOD acts to repair them. If we don’t have enough zinc, copper and manganese, the repair process will not be effective.” ~ Don Colbert, M.D. Walking in Divine Health

How Barley Gold is Different

Barley Gold comes in 2 forms. The #1 for most users wanting to build health and #2 for advanced healing, and for “O” blood types and diabetics. The product can be used by everyone with caution given to people with severe intestinal problems such as Crohn’s, and celiac disease.

As a whole food that is 97% digestible, the seed has been synchronized in germination using the G.E.M. (Germination Enhancement Method) process, dead seeds have been removed with the D.A. (Density Alteration) process and the enzymes have been stabilized for up to three years with the N.S.P. (Nutrient Stabilization Process).

Barley Gold was first formulated with Agriculture Canada to test barley feed with broiler chickens. Physiological results were so remarkable that they believed people could also benefit greatly from this enhanced, sprouted barley.

Broiler chickens make ideal test subjects as they do not respond to placebos, and have a relatively short life span for the completion of an extensive battery of tests.

Tests to determine the efficacy concluded the broiler chickens had:

Biblically and historically, barley has been known as a nutrient rich food. Gladiators used it in preparing and building their bodies for matches. Eastern cultures used to sprout seeds to prevent Vitamin C deficiency (general weakness) before long ship voyages.

“Barley is naturally rich in other minerals also, from calcium and potassium to B-complex vitamins and it’s high in antioxidants called tocols that are known for ages in the Middle Eastern cultures as heart medicine.” ~ The Edmonton Journal, Oct. 27 1999

Always stir Barley Gold into liquids just before consumption.
Best to take in the morning, when you first awake, but you can take it any time you wish.

Barley Gold is a flour-like powder and takes on the taste of whatever you put into, making it easy to camouflage for children in yogurt, or even in a sandwich.

Try it in most any beverage – juice, your favorite smoothie or nut-milk.
Stir it into your cereal or cooled porridge, but do not put it in anything over 35 degrees Celsius (105 degrees F). So do not microwave, cook or bake with Barley Gold.

Start with 1/2 teaspoon per day, for the first week, then double your intake every week, until you are taking 2 tablespoons per day.

Maintenance requirements differ based on weight and athletic activities. Gauge your need based on hunger and fullness after consuming Barley Gold.

Barley Gold will release energy over a period of time, so you can go longer and farther without the crash that comes with high carbohydrate foods. This nutritious and highly digestible protein will give you energy needed immediately, and you also have material to build new tissues. Athletes should increase their consumption leading up to competition – up to 6 teaspoons per day.

Once you are fully ramped up and able to maintain six teaspoons (two tablespoons) every day, know that it’s important to maintain this full dosage every day, for at least three months to get all of the benefits.

Barley Gold has been used in a study by nutritionists in Toronto, Canada as a nutritional supplement taken during a fasting/cleansing regime, and has shown rapid healing and weight loss by putting the body in an Alkaline, thus healing, state.

The idea of Barley Gold Alkalizing Flush was:
“To subsist entirely on a food substance which is rumored to have a useful way of promoting healthy function in organ and tissue systems, while restoring dysfunctional cells.”

Each applicant was given a short questionnaire, a nutritional evaluation and consultation, EAC Testing (electro-dermal), daily record charts and a self-assessment report.

Before starting, you must have increased up to the maximum 2 tablespoons/week. During the Flush, substitute meals with Barley Gold, and consume only raw fruits, vegetables and juicing along with Barley Gold for a minimum of 2 weeks.

Storage
Store Barley Gold in a sealed container at room temperature. If your climate is quite humid, keep it sealed in the fridge.

Do not leave Barley Gold in an overheated car, or in any heat above 35 degrees C (105 degrees F).

Freezing Barley Gold is fine, but will not extend its life expectancy, which is up to 3 years – a remarkable shelf life due to our natural Nutrient Stabilization Process. 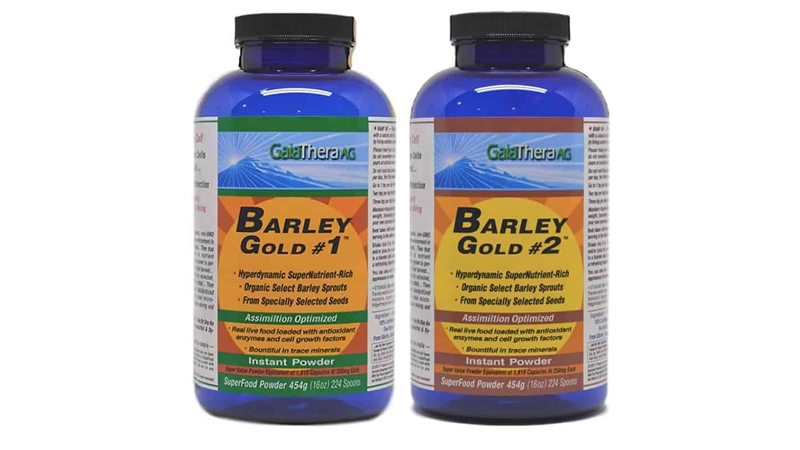 Barley Gold Alkalizing Flush should only be started after being on the Barley Gold for at least 3 months, or if you are at the 2 tablespoon servings.

Please enjoy your Barley Gold recipes, and if you find more exciting and yummy ways to enjoy Barley Gold… 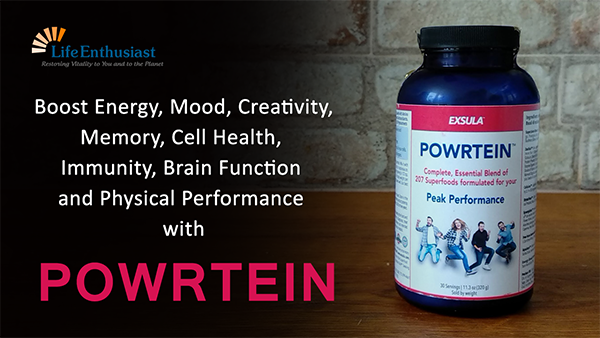