Cause of Degenerative Disease

Think of your capacity to heal as if it were a body of water behind a dam. As the water level starts going down because of leaks from damage to the dam, more and more of the previously covered terrain becomes exposed. Pretty soon you start seeing the tree stumps, and rocks that the lake covered. And later we can see the old discarded cars, tires, and other garbage that someone left behind.

The common approach is to worry about the exposed garbage, the obvious visible defects.

But if we fix the leaks in the dam, the lake will start filling up again, covering up all of the problems left on the bottom. Our little boat can float on the surface without scraping over the debris left behind.

And much the same way when you take care of the cellular terrain, degenerative dis-eases that were troubling you because of poor cellular health are miraculously reversed without surgery, radiation or poisonous drugs.

Unfortunately we are living in a very litigious over-regulated society. Our freedom of speech does not extend to freedom of commercial speech. We can’t tell you that we can cure an illness, and we can’t claim that a specific procedure will heal you, even if we’d like to.

Elsewhere in this website we outline and explain specific strategies to deal with degenerative diseases that include:

Here we have the principles, the primary issues as they were observed by scientists over 100 years ago. 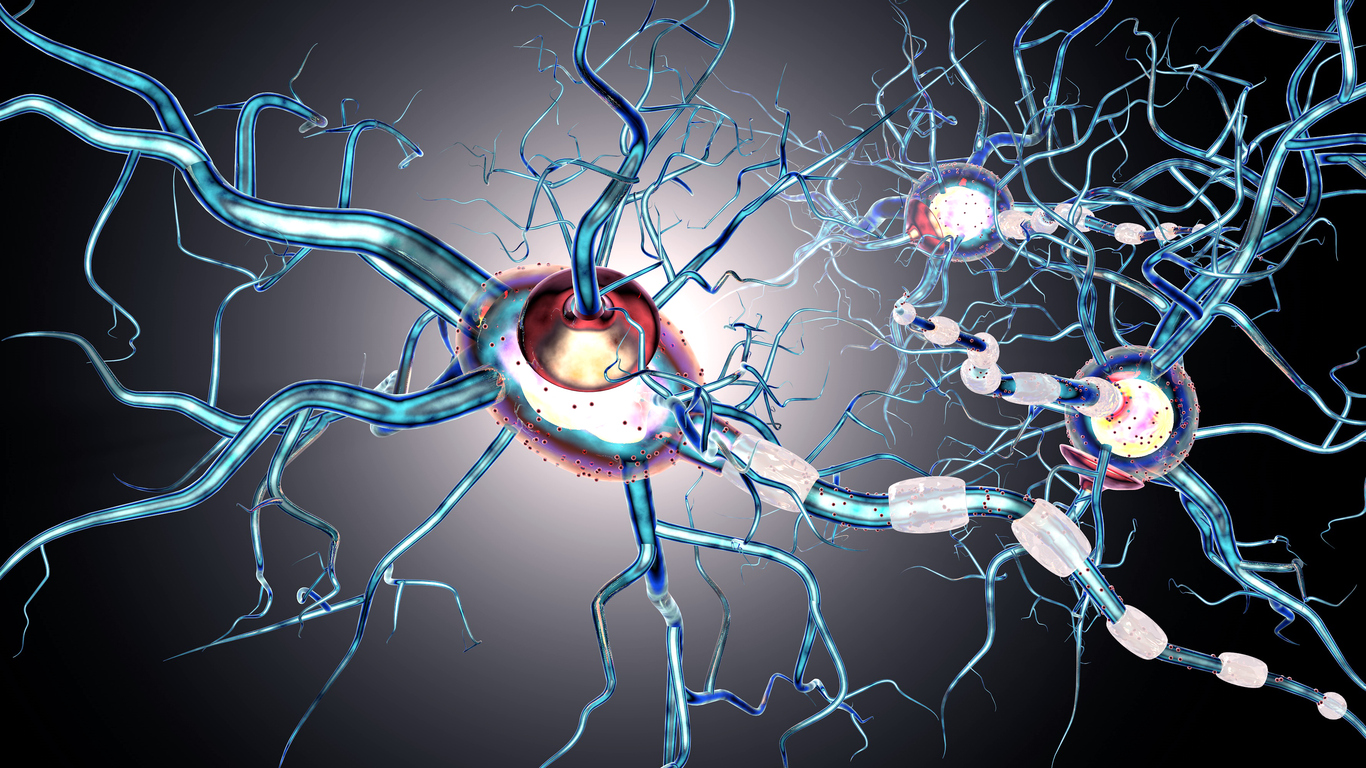 All degenerative disease begins as a relative shift of the pH level in the tissues of the body. These tissues become oxidized, diseased and old. Pleomorphic organisms come out of this acid environment, from elements in the blood in order to clean up these old, diseased, tissues. Bacteria are being found in the diseased tissues of all chronic, degenerative diseases, as per The Atlantic Monthly, A New Germ Theory by Judith Hooper, February 1999. These bacteria are there as a result, not the cause. Louis Pasteur (1822-1895) was wrong, these organisms are not invading from the outside, they rise from within.

If the environment, the growth medium that surrounds the cells becomes acid, toxic, polluted, these “tiny dots” hook together into long threads and change into the viruses, bacteria and finally the fungi that clean up a corpse, if things get that bad. This is what the bacteria, germs are there for. They clean up old, diseased tissues. The germs are not the problem, the conditions, environment they grew up in is. Do you treat the problem or the result?

This is a picture taken through a Dark-field microscope so the background is black.

The small dots are the Protits which are constantly moving, for ever… The large circles are red blood cells.

To treat the cause of the above is to treat this internal milieu the internal environment in which these degenerative processes happen. This environment is the ocean that surrounds each and every cell. The main way this environment becomes imbalanced is by eating the wrong balance of carbs, fats and proteins for your Metabolic Type. Protein is converted into strong acids by the body and these acids leach the minerals out of the body, out of the very bones of the body. Protein is good but you may need i40 grams a day, not the average American 200 grams! Balance is the problem, not the food itself. You get high cholesterol in response to the dietary mistakes that create inflammatory reactions in your body!

In the long run, the only way to replace these lost minerals is to eat more raw organic biodynamically grown food. You can check your urine and saliva to determine your direction, and your progress. Most nagging health issues will get somewhat better with pH correction. All the myriad systems in the body are very dependent on the maintenance of stable pH. Whatever therapeutic modalities you use in addition to pH correction, will work better. All health interventions work better when your pH balance is corrected.

Pleomorphism means many forms, many or more (pleo-), forms or bodies (morph-). This is in contradistinction to Monomorphism which means one (mono-) body or form. Modern medicine, bacteriology, is founded on the idea of Mono-morphism where once a germ is a particular germ it always stays that way. According to this way of thinking a streptococcal germ is always a streptococcus. It only has one (mono-) form, it doesn’t change into anything else.

These Protits or colloids of life in our blood develop or change according to the condition (pH, etc.) of the blood. At some stages of their development they are outright pathogenic (make you sick) and parasitic. These are our internal parasites. These Protits can go in the other direction too and turn into cells we need. See Live Cell Therapy. They can help regenerate organs.

The internal parasite, which exists in us always, is in contrast to external parasites with which we occasionally come in contact. This is where the germ theory actually holds relevance. This is the area of external microbes and parasites that when taken to extremes, intensifies into infectious diseases and epidemics which overwhelm the system.

Surprisingly, without having even the slightest idea of pleomorphic biology, medicine through hygiene, has accomplished much in this area. The fact is, opportunistic bugs, bacteria and viruses are all over the place, in our blood – which modern science says is not so even though they are easily seen. Some of us get sick and some of us don’t. As far back as the plagues of the dark ages some lived and some died. One third of the people didn’t get plague. Nobody knew why.

Pleomorphism is a concept discovered in the early 1800’s. It shows that ‘germs’ come from inside the body, from the “tiny dots” you can see in the blood with any microscope. These “tiny dots” of course are the colloids of life or Protits. As the environment that surrounds the cells becomes acid, toxic, polluted, these “tiny dots”, Protits, change form, into the microorganisms that clean up the garbage, dead cells, toxins and the like, that are the result of the toxic condition. This is what bacteria, ‘germs’ are for.

When the host balance is destroyed, when the internal environment the Protits and cells live in, the internal milieu, becomes toxic and acid, the Protits lose their symbiotic (live harmoniously together) and life giving qualities and devolve downward, changing first into viruses, then into bacteria and finally into fungal forms, each stage of which is progressively more hostile to surrounding tissue cells. Germs, all microorganisms, (viruses, bacteria, fungi and everything in-between) are the result, not the cause of disease!

Louis Pasteur was wrong! His idea of the bacterial cause of disease was wrong! If “germs” are there as a result, not a cause, then to treat the resultant germs with antibiotics is, in theory and in fact, wrong! This basic misconception about disease effects all aspects of medicine. This is why this is a “new” biology.

One should treat the cause, not the result. The idea of anti-biosis, anti-biotic (anti-life) is one way. The opposite of antibiosis is PRO-BIOSIS (for-life), which is what Eclectic Medicine is about. It’s not “alternative”, it’s Eclectic. “Alternative medicine” is just a popular anachronism for Eclectic. None of this is new and it isn’t alternative.

As these “little dots”, Protits, change form, they can change into organisms that are more and more detrimental to the body, they become independent and no longer live in harmony and in support of their host body. As they develop their individual form, they create their own metabolism and waste products of that metabolism, which is harmful to the local body fluids, causing pain and inflammation. Finally, this ‘local’ process, which develops in the body’s “weakest organ”, effects the Whole body. It is not the organisms that make you sick, it is the waste products of the metabolism of those organisms that make you sick.

“In reality, it is not the bacteria themselves that produce the disease, but we believe it is the chemical constituents of these microorganisms enacting upon the unbalanced cell metabolism of the human body that in actuality produce the disease. We also believe if the metabolism of the human body is perfectly balanced or poised, it is susceptible to no disease.” (From the Annual Report of the Board of Regents of The Smithsonian Institution, 1944, The Rife’s Microscope, The Smithsonian Report, 1944).

These disease processes, these changes in the blood, are difficult to fathom at first as they make themselves known in the beginning as functional disturbances (effecting the functions but not yet the structures of the body) in the most diversified organs such as by;

headaches, high or low blood pressure, inability to maintain chiropractic adjustment, feeling poorly, unmotivated attitude, lack of appetite, drab complexion, coated tongue, wounds in the mouth, pimples, sores, hoarseness, runny noses and the like, ear noises, diarrhea, lowered capacity for seeing and hearing, depressions, weak, concentration or poor memory. Later, these disturbances manifest as the chronic diseases we know so well today. See How You Rot and Rust by Steve Denk for another discussion on pleomorphism, pH balance, and oxidation/reduction which is another part of this whole process.

Medicines based on these ideas have been available and well researched in Europe for the last 150 years. Many of these medicines are available in this country now, this is because of the heroic work of some very dedicated and wonderful people. There is more known about these older medicines than about modern drugs, simply because these ideas have been around for so long. Just because these scientists lived in the 1800s or before doesn’t mean they were stupid.

The small dots again are the Protits, the large white rings, red blood cells. The long organisms in the middle of the slides are bacterial forms that the Protits have turned into. Modern Biology claims this is not so, even though it is there for anyone to see.

Pleomorphism is a concept that today sounds very strange. What pleomorphism is, however, cannot be denied as the vast amount of data that has been obtained over the last 180 years confirms what modern microbiologists are discovering, re-covering today. As noted, many people have been involved in this debate for a long time. Why things are like this is explained in the topic History on the Home Page. We will cover the main progenitors of this idea beginning with Gunther Enderlein.