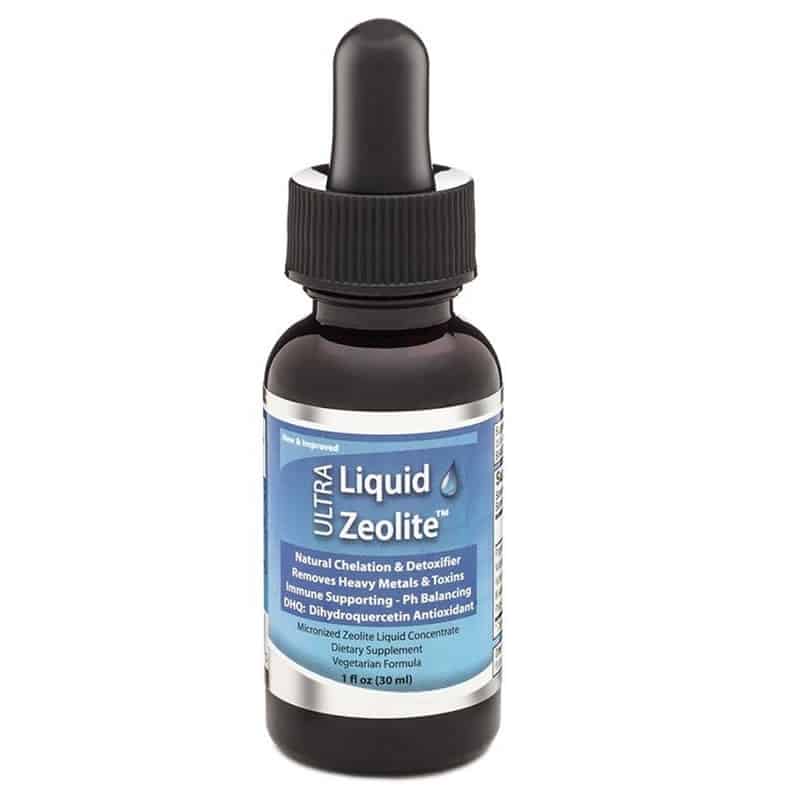 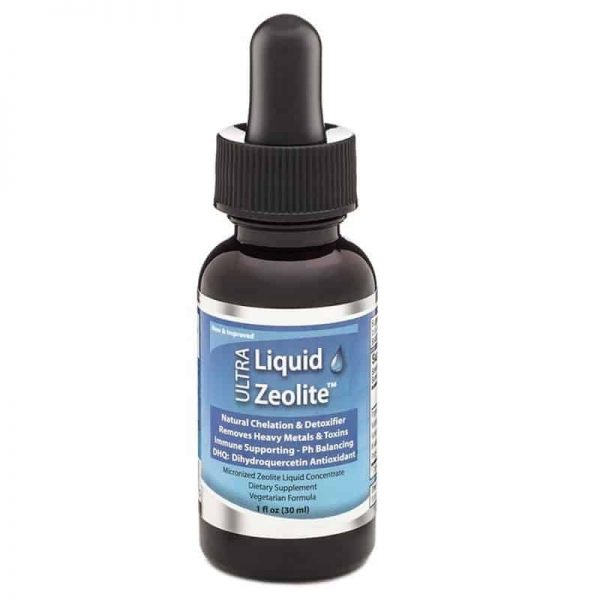 The most affordable, reliable and easy to take toxin absorbing supplement.

Liquid zeolite is extremely safe and is completely eliminated from your body within 5 to 7 hours. So safe that it’s on the the US Government’s list of GRAS (generally regarded as safe).

Ultra Liquid Zeolite is safe for long-term use, 100% natural (no additives or chemical reagents) and easy to take (no taste or smell).

Zeolite is the world’s most powerful detoxification agent and the only one known to not cause flu-like cleansing reactions had by many during herbal detox programs.

Often, simple changes can make a massive difference to how we feel.
Linus Pauling, winner of two Nobel Prizes, believed that 90% of all medical conditions are attributable to excessive heavy metals, toxins, toxic chemicals, and minerals and trace mineral deficiency.

Our zeolite comes from the only ore supply that’s been approved as safe for consumption by humans. In addition, it has been processed in such a way that it can NEVER withdraw necessary minerals or elements from your body – only the harmful ones. In fact, it actually helps to remineralize your cells.

100% Pure Clinoptilolite
Our zeolite is composed 100% of the zeolite type called “clinoptilolite” that has generated amazing results in laboratory testing. Almost 600 studies conducted over the last 50 years have investigated its effectiveness and safety. Clinoptilolite is the subtype of zeolite that has generated positive results in laboratory testing. Our clinoptilolite comes from the only ore supply that has been approved as safe for consumption by humans. In addition, it has been processed in such a way that it does not draw necessary minerals or elements from the body, instead it helps to remineralize the cells.

The clinoptilolite zeolites are a group of minerals with a four-sided honeycomb structure and, rare among minerals, a negative magnetic charge. The effect of the structure and the magnetic charge is that zeolite draws heavy metals (including mercury, cadmium, lead, arsenic, aluminum, tin, excess iron, and even radioactive metals like cesium and strontium-90) and toxins to it and simply engulfs them. The toxins “check in” and they can’t “check out.” Then the zeolite carries them safely and harmlessly out of the body through normal elimination pathways.

It is chemical free
Our zeolite is processed without chemicals. Through a natural, proprietary process, concentrated organic humic acid molecules have “naturally digested” the zeolite, holding it in permanent suspension.

It is bio-available
No solvents or heat-treatment methods are used in our proprietary manufacturing process. Because the humic acid in Liquid Zeolite is in organic, interdimensional form, and because the zeolite is actually suspended in the humic molecules, 100% of Liquid Zeolite is carried into the cells yielding maximum bioavailability.

What makes natural Liquid Zeolite with Humic Acid better than other types of liquid zeolite?
Other brands use chemicals and solvents or heat treatment methods to process their zeolite into a liquid form. We utilize the advanced manufacturing process of using humic acid (a highly regarded organic medium) which enables the zeolite to penetrate cell walls.

Zeolite is a safe natural detoxifier, it removes heavy metals such as mercury, lead, cadmium, and many other toxic chemicals from the body.

Heavy metals are implicated as a causative factor in many illnesses, especially of the inflammatory type.

Zeolite Enhanced with DHQ uses natural humic acid to carry the zeolite to the cells. There is no substitute for organic humic acid to revitalize cells and reverse cellular degeneration.

Anti-oxidant: form of quercetin better utilized by the body with humic/fulvic as the carrier to the cell

Dihydroquercetin (DHQ), also known as taxifolin, is a bioflavonoid similar in structure to that of quercetin. The DHQ is usually extracted from Siberian Larch tree. Almost 600 studies conducted over the last 50 years have investigated its effectiveness and safety.

Flavonoids perform two important functions: they strengthen your body’s immune response to attacks from viruses, allergens, and carcinogens and they act as powerful super-antioxidants, protecting your body against free-radical damage, and oxidative stress that can lead to many neurological, cardiovascular, and metabolic diseases.

Studies have shown that highly energized foods and supplements can be very beneficial. Our liquid zeolite undergoes a special proprietary high-vibration energy enhancement process to make it work FASTER than other zeolite products.

Zeolites are a group of minerals with a four-sided honeycomb structure and, rare among minerals, a negative magnetic charge. The effect of the structure and the magnetic charge is that zeolite draws heavy metals (including mercury, cadmium, lead, arsenic, aluminum, tin, excess iron, and even radioactive metals like cesium and strontium-90) and toxins to it and simply engulfs them. The toxins “check in” and they can’t “check out.” Then the zeolite carries them safely and harmlessly out of the body through normal elimination process.

Liquid zeolite is extremely safe and is completely eliminated from the body within 5 to 7 hours.

Zeolites are a group of minerals with a four-sided honeycomb structure and, rare among minerals, a negative magnetic charge. The effect of the structure and the magnetic charge is that zeolite draws heavy metals (including mercury, cadmium, lead, arsenic, aluminum, tin, excess iron, and even radioactive metals like cesium and strontium-90) and toxins to it and simply engulfs them. The toxins “check in” and they can’t “check out.” Zeolite then carries the toxins safely and harmlessly out of your body through normal digestion.

Zeolites are natural volcanic minerals that are mined in certain parts of the world. When volcanoes erupt, molten lava and thick ash pour out. Because many volcanoes are located on an island or near an ocean, this lava and ash often flows into the sea. Thanks to a chemical reaction between the ash from the volcano and the salt from the sea, amazing minerals like zeolites are formed in the hardened lava over the course of thousands of years.

The name “zeolite” comes from the Greek words zeo (to boil) and lithos (stone).

Toxins poison our air, water, food and our bodies. We live in a virtual “sea of pollutants”, carrying many toxins and heavy metals inside us. As many as 25% of Americans are estimated to suffer from some degree of heavy metal poisoning, particularly from mercury, lead, cadmium, and arsenic. According to the EPA, 70,000 chemicals are used commercially in the US, 65,000 of which are potentially hazardous to our health. The Environmental Defense Council reports that more than four billion pounds of toxic chemicals are released into the environment each year, including 72 million pounds of known carcinogens. These synthetic chemicals and heavy metals can be found even in unborn children, being passed on by the mother through the placenta.

The Cleansing Process of Zeolite

Step 1
We start with the purest natural zeolite mineral clinoptilolite that comes from one of the only zeolite mines on Earth fit for human consumption. This zeolite is mechanically processed to yield an ultra-micronized super-fine powder. The zeolite cage size is reduced – 80% to less than 1 micron, majority to around 1/2 micron in size, while 20% are reduced to 1-5 micron size. The smaller particles can very easily absorb into the bloodstream and even cross the blood-brain barrier. The larger particles work well in the intestine. The multiple-sized cages enable our zeolite to efficiently absorb & remove a large range of toxins, heavy metals, chemicals, pesticides, and other harmful substances from every cell in your body quickly and safely, faster than any other detoxification process. We offer the original humic/fulvic liquid zeolite, not an inferior copycat product. We have over 16,000 positive feedbacks & testimonials on-file to substantiate that our product works so well!

Step 2
The ultra-micronized natural zeolite powder is added to ultra-purified water in a reaction vessel chamber, sodium (similiar to common table salt) is then added to begin the proprietary purification process.In a Cation exchange process, the sodium is exchanged with any present bound impurities (heavy metals and other pollutants).

Step 3
The solution is cooled very rapidly to trigger separation of toxins from the material, creating a hard layer of toxins that is discarded. This step is repeated over 9 times over a period of 96 hours until all the pollutants have been removed from the reaction vessel chamber.

Step 4
After the toxins have been removed a forced-air and vacuum filtration system removes all soluble toxins and neutralizes the solution. The final filtration yields the activated super-pure & cleansed natural zeolite (clinoptilolite). Ours is the most potent liquid zeolite formulas on the market, but one of the cleanest, purest & naturally cleansed zeolite available, period! We don’t use any harsh chemical reagents such as hydrochloric acid or acetic acid unlike others use in their process.The humic mineral solution delivers the zeolite directly to the intracellular fluid. There, the humic minerals further act to chelate the heavy metals out of the cells so that they can be absorbed by the zeolite and carried out of your body. Humic acid contains all of the minerals, trace minerals, and amino acids that your cells require for optimum functioning. When you detoxify with Zeolite the chelating factor and carrier agency of the humic acid enhances the success zeolite supplementation can have when dealing with your toxic load.

Zeolite is naturally about 90% free of impurities. The remaining 10% of possible impurities does not get released unless it is heated to temperatures around 740 degrees (hot enough to melt silver) or put under extreme pressure (like that needed to make diamonds from coal). Neither of which occur inside the human body. It has been reported that this is why some government organizations use the zeolite products to remediate low level radioactive waste – because zeolite will hold onto it and not let go of it forever! So then when the body eliminates the Zeolite naturally through the bowel, the toxins it is holding are also gone.

Many of the toxins that zeolite removes from the body are not water soluble which is one of the reasons the body has such a hard time removing them (and I’m talking specifically about the dioxins and oil based pesticides here). So when they bind to the zeolite and are eliminated from the body through our bowels, you may notice an oily substance in the water – usually floating on top.

Each batch is independently tested for safety. It is manufactured in GMP (Good Manufacturing Practices) Certified facility. GMP are guidelines that provide a system of processes, procedures, and documentation to assure the product produced has the identity, strength, composition, quality, and purity that it is represented to possess.

Dosage to tolerance: 1 to 5 drops in every glass of water you drink – even the whole bottle in one day is not toxic if you can handle it. 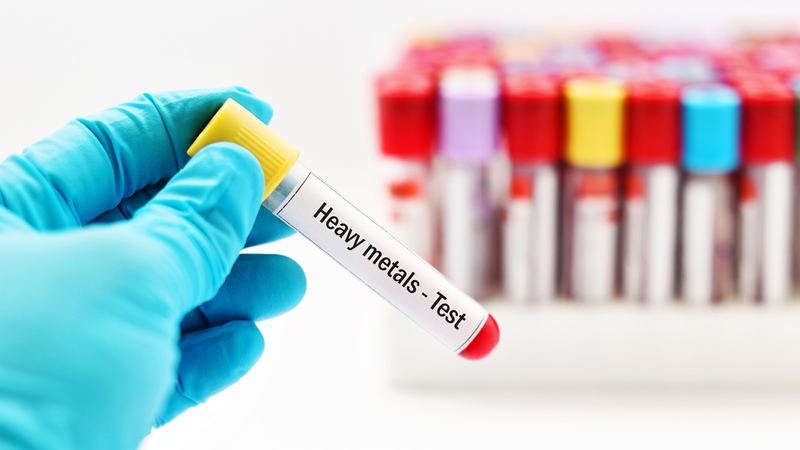 Specific individual metals cause varying degrees of multiple illnesses depending on the levels of acute and chronic exposures. 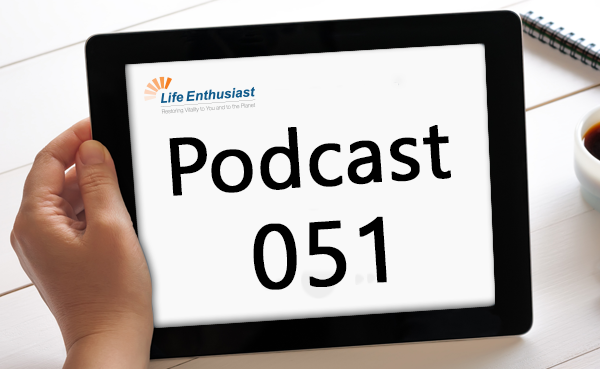 With Martin Pytela and Scott Paton. Zeolite binds toxins by capturing them in its honey-comb like structure. It also interferes with viral cell replication… 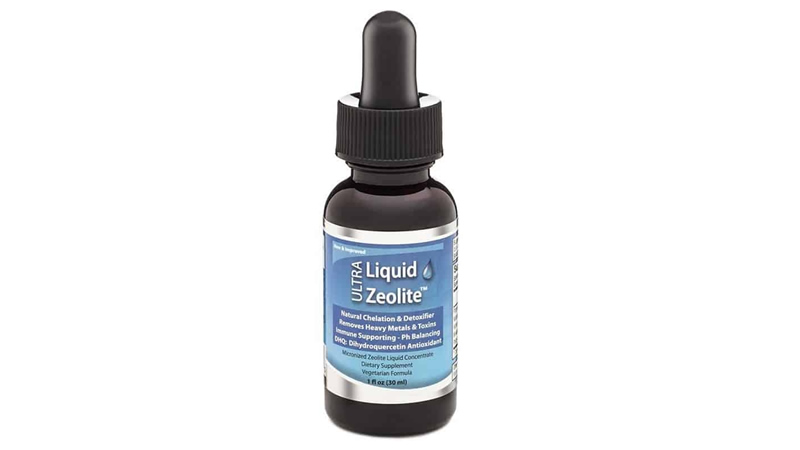 What Is Zeolite Used For?

Zeolite can help balance your pH and support your immune system. Pure zeolite without additives or chemical reagents has no taste or smell. It can be mixed with other ingredients that support its function, especially fulvic acid. 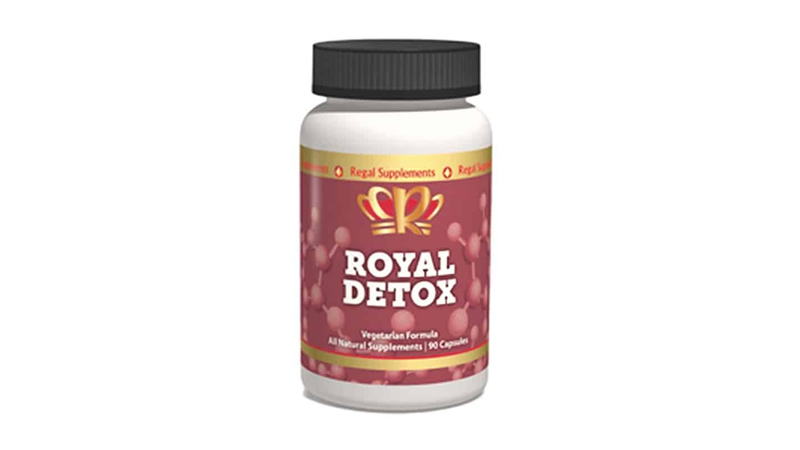 If you are suffering from an inflammatory disease, you should try and decrease your overall toxic load with zeolite.