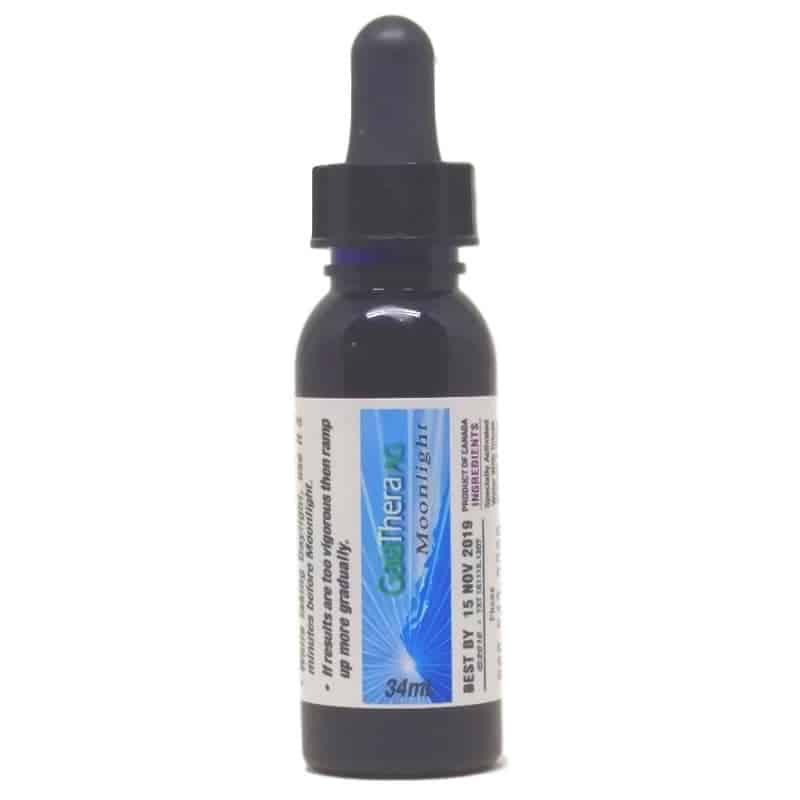 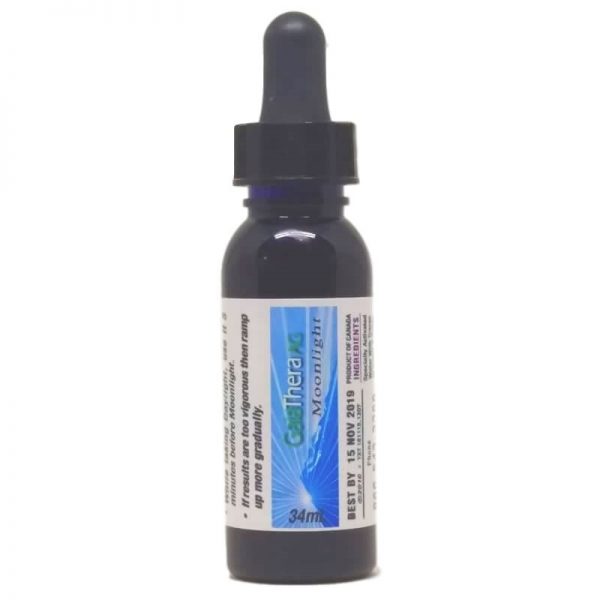 Accelerate your Chemical Exchanges
Faster generation of ATP (Adenosine Triphosphate captures energy from food breakdown and releases it to fuel other cellular processes. Faster metabolic efficiency gives you many benefits:

This cascade of nano-minerals will flood into your system and act quickly upon ingestion.With this new source of nutrients your body will build defenses and harmonize physiological reactions.

Consequently, healing starts immediately. Overall food intake will be reduced, activity levels will increase and bowel movements should occur within an hour after a meal.

Your increased energy will draw you towards doing the “right things” instead of the toxic lifestyle of junk food while sitting on a couch. You’ll be attracted to wholesome foods and more physical activity, increasing muscle mass that further supports healthy metabolic balance.

Moonlight is made through a unique process – a combination of energetically treated water and nano-minerals extracted from Humic and Fulvic Acid interacting with micronized Zeolite.

The water technology we use was developed from basic interactions between soil, plants and animals. In examining ecosystems for optimal health parameters we found that each living entity is acting as an antenna, the crystalline components of each cell tuning-in to optimize for production of enzymes and the elimination of wastes.

All life forms vary the ratios of mineral components to change frequencies, changing the pH differentials of the body to expel toxins while maintaining essential elements. The specific values vary between individuals and reflect the health of the organism. Illness develops when the anions accumulate, the pH goes out of balance, and cannot be corrected because of ionic deficits.As toxins build up, they block some of the over 4,000 metabolic enzymes that our bodies require to maintain this healthy stasis.

Theory (How This Stuff Works)

According to quantum science and religious writings, all matter was created out of nothing. The Super String Theory explains that prior to the Big Bang there were twenty five dimensions. Immediately after the Big Bang eleven dimensions were present. Ten can be generally identified with the eleventh being characterized as fifteen dimensions imploding on themselves to form one dimension. Einstein’s famous formula, E=M*c2, crudely lumps the different dimensions together. Matter or elements are basically the precipitation of energy released by these different dimensions. Therefore if all things were created out of nothing, matter can be reverted back into energy.We speculate that during this process elements have to become smaller and jump through wormholes serving as linkages between the current reality and the other dimensions or possibly other worlds. If minerals (the matter as we know it) can implode and become many times smaller than the hydrogen atom, they could be absorbed into an organism instantaneously, helping balance the individual nutritional and emotional needs and providing a conduit of continuous energy between the dimensions.

These nano-minerals function by re balancing the body pH to eliminate toxins, by opening the blocked metabolic pathways so enzymes become activated, by repairing the cellular resonance such that energy can flow between cells, thus fulfilling the organism’s intended optimal existence.

We (humans) produce our weight in ATP daily. However, we do not eat our body’s weight in food daily. So where do we gain the extra mass? The crystalline structures allow different ultra low frequency wavelengths to be absorbed by our bodies and with the enzyme reactions produce this important compound. The active component for this process is the negative charge – the electron.

This observation leads us to the Biological Terrain. To determine the negative electron charge we use Oxidative Reduction Potential (ORP ).Each compound has a potential negative electron value. The pH is reflected as mV and range from plus 1200 to -1000 mV, and it reflects the available electrons within a substance. Most living raw organic vegetables have a negative value between -50 and -200 with a more alkaline pH. The interesting point here is that all disease happens between 0 and 800 mV. It is apparent from this that parasites and disease are killed by either high oxidation of the material or a very low, thus high negative electron potential.

With negative values comes the alkaline pH, and the greater capacity to build new, healthy tissue.

The product (Moonlight) can be described as minerals plus zeolite in a base of humic and fulvic acid that have been balanced then imploded. Moonlight can be used to detoxify and balance minerals in the body. These minerals, also known as ORMUS, nano-minerals, Manna, and a few other names, are several orders of magnitude smaller than a hydrogen atom. The elements themselves cannot be detected through a chemical analysis and if the product is analyzed it should show sulfate ions and zeolite. Other than that it is pure water. If we had a microscope strong enough, the hydrogen atom would appear the size of a medicine ball and would be surrounded by millions of blurred bee bee size structures. It would appear that these units are vibrating. Once in contact with organic matter, living or dead,the minerals will reproduce themselves in the proportionate amount that is required by each different organism or as with dead material continue to move in and out of our world.

Nano-Minerals plus Zeolite in a base of humic and fulvic acid, balanced and treated to amplify their effects in specially activated water.

The initial serving on day one should only be just a single drop of the MoonLight. This will introduce the body to the minerals and start the biochemical changes. The second day the serving should be increased to 2 drops. The third day 4 drops etc. until a maximum of 10 drops/day is reached. Each daily amount can be doneat one time or throughout the day put under the tongue.

The responses are: that the material should tasteless, that a detoxification may occur as early as the second day (headaches, joint aches etc.) and bowel movement volume and frequency should increase.

If you develop a cleansing reaction, stop using the product, drink water, wait to stabilize and resume daily amounts for a longer period before advancing. Once one or more of these reactions occur the daily serving should be maintained for a minimum of 2 months and it is recommended for at least 6 months.

Maintenance level of 1 to 3 drops per day should be used after the initial clean-up of 6 months at 10 drops/day.

If you are getting cleansing responses at this level, we need to help your liver as toxins are not being eliminated fast enough. Talk to us about liver support for the mineral program.

During the first 10-30 days of taking the drops expect a large elimination of poisons from the body. Keep track of washroom facilities, because you may need to access one with a great deal of urgency.

Please note the complete household should initiate the mineral program as parasites are easily transferred from one person to another. Usually there is a weak link in the family unit, this is the one that is or becomes seriously ill and the others will be carriers ofthe disease. To break this cycle we need to clear everybody. 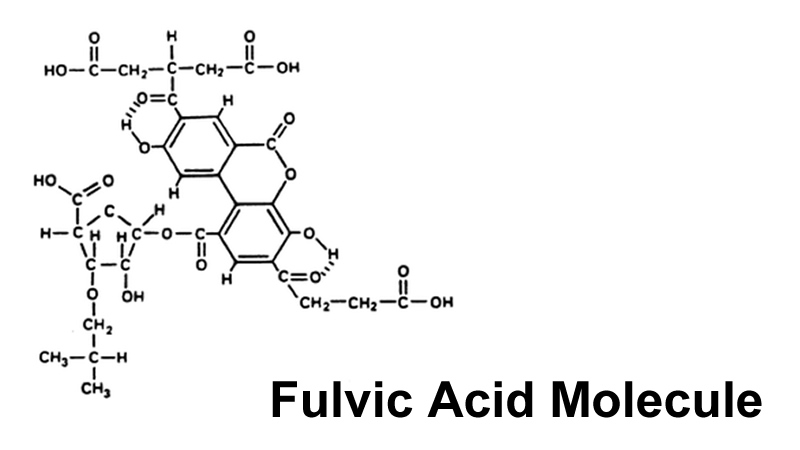 Fulvic acid has always occurred naturally in organic plants and soils, yet its recent discovery and tremendous value is now just beginning to be recognized. 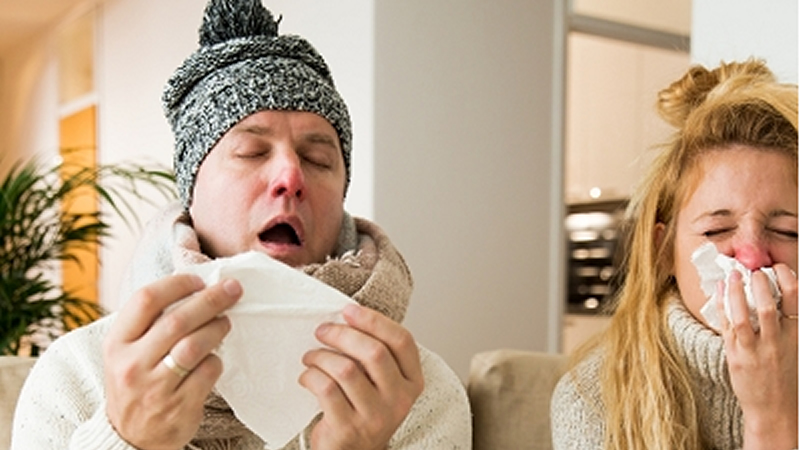 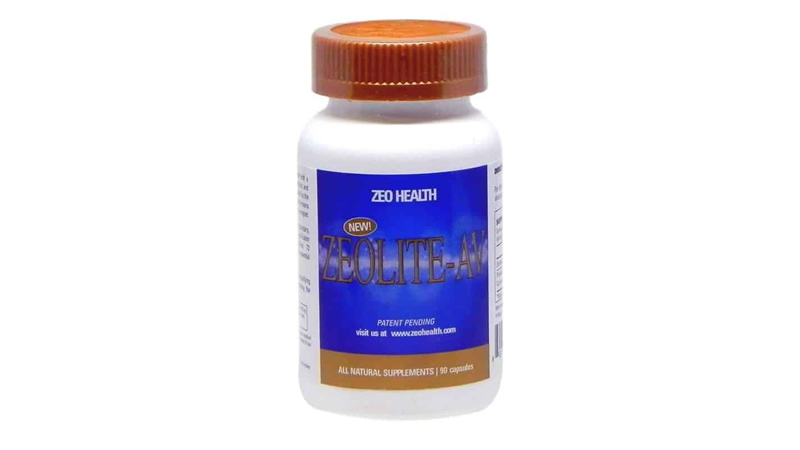 Investigation into the Antiviral Properties of Clinoptilolite (Zeolite)