“Golden Agers” Prove Age is Only a Number

“I have spent two years recovering from a serious illness. After two brain operations, weeks in hospital and months of intravenous antibiotics, my body was very depleted. My muscles were wasted, their mass drastically reduced and in need of rebuilding. During the first 18 months of recovery I was taking many supplements, herbs and using essential oils. They were all helping immensely but I still felt weak and had very little stamina.

Six months ago I started taking E3, for its nutritional value. I wanted a balanced food for daily consumption, high in B Vitamins and minerals. Well, E3 surpassed my critical expectations easily. The results have been excellent. Within two weeks my energy and stamina had definitely increased. Two months later my body was finally developing muscle and strength. My health improves consistently every day and there is now a huge light at the end of the tunnel. E3 is the real thing, it has helped me enormously – I highly recommend it.”

“After seeing the results of the dogs we breed and ourselves, we were truly believers. We were convinced what we were seeing was not just in our minds. The fact that this product really works was more than apparent. We then decided it was safe enough to give my father who is 86 years old and suffering from a condition involving forgetfulness, mood swings, and generally unpredictable emotional behavior.

He has lived with us since my mother died five years ago. Though his mind is slow, and he still knows who we are, it’s not always easy to reason with him and to get him to do things that are good for himself. He had no appetite and was losing weight to the point that we were very concerned. He didn’t want to do any exercise at all. He just wanted to stay in his room and read. When we would try and force him to eat, walk, or come out of his room, he would argue and be contrary with us and his caretaker, and sometimes be downright hateful.

We were recommended to give him the frozen live liquid E3Live, and were advised of the importance of getting him to drink as much pure water as possible. We give him 1 oz. a day in orange juice. Every day he asks “what’s this”? we tell him it’s vitamins in his orange juice We have an awful time trying to give him pills; he’s forgotten how to swallow them. So he drinks it right down without another word.

After only about three days giving him the E3Live, we couldn’t believe it. He came downstairs one morning we were all in the kitchen, and he very cheerfully said “Good Morning, what a wonderful day!” We all looked at each other and our jaws dropped. That was just the beginning of a total mood turnaround. He is a different person than before. He is now eating much better, and it is so much easier to reason with him, and his energy level is higher. He comes out of his room and wants to go out. He’s always saying “if you’re going out, don’t forget me!”.

His appetite and energy are much improved, but the most noticeable difference is that he is much more positive and happy, which has made our lives easier, and given his life a better quality. This new energy and nutrition sure has improved his health and attitude. Without the proper nutrition the mind’s memory will not function and keep the mind strong and clear.”

“My daughter had been using E3Live to improve her ill health. I decided to try it myself. I am 63 years old and was taking many vitamins to retain my good health. I decided to drop my several vitamins and am now taking E3Live and Vitamin E and calcium only. I am very pleased with the results and due to the better nutrition that E3Live provides, I have not had a cold or any other illness since.

I have much more energy than my friends. I can only hope this continues, as I will continue with my daily dose of E3Live.”

“I have been taking AFA algae in one form or another from Upper Klamath lake for three years and feel better than anytime in my life. At age sixty-two that is saying a lot. In addition, I have not been sick one day in those three years. I have especially enjoyed for the first time in my life, perfect intestinal regularity!

I want to thank you for the supply of frozen E3Live. I have been taking it like clockwork and I know I would not feel comfortable without my daily dose.” 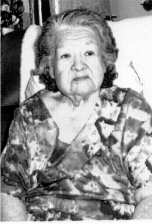 “At 57, I’m the oldest competitor to have ever won a U.S. National Tae Kwon Do championship and a Gold Medal in full-contact sparring at an international championship. Some people might think I have a rare genetic make-up that would allow me to do what I do. Yet when I started Tae Kwon Do at the age of 46, I weighed 25 pounds more, couldn’t run a block without stopping, and was experiencing the dreaded decline of aging. Instead of my being some extraordinary exception to the rule, I now know that that superior health is available to everyone!

E3Live not only delivers more protein needed for muscle growth and repair and is a rich source of phytonutrients, it also makes a huge impact on my emotional and mental well-being. At 57, I also experience no symptoms associated with menopause. I literally have another youth to live. Two additional benefits of E3Live have been in increased memory and keeping my mood positive. E3Live is a breakthrough for the modern human being, something that can strengthen us in the face of today’s environmental, emotional and physical stress. E3Live is an important member of my ‘team’.”

“My mother was 80 years old, now she is 80 years young! The superior nutrition in E3Live has helped her balance out her blood sugar levels. Her memory is far better, her energy level has dramatically increased, and her mental alertness is incredible. She now feels much better overall. She has a new lease on life. Thank you and bless you!”

“I’m 80 years old. For 35 years, I’ve had problems with blood sugar levels and needed to take medication. My blood pressure also needed medication to stay normal. After five months of taking E3Live each day, I feel like the nutrients have helped to even out the problems I was facing. E3Live has also helped my son-in-law, daughter and other near and dear ones. I feel very good about E3Live and I hope you will give it a try so it will work for you, too!”

“I’m 76 years of age. Since adding E3Live to my diet, my stamina is always increasing. Now my grandson says, “You go, Grandma!” I have more joint flexibility and I’ve been able to throw out most of what wasn’t helping me. The money I save from not buying these products pays for the E3. Even if it didn’t, don’t be cheap – this is your health we’re talking about! I feel E3Live can do nothing but help you.”

“I’m presently 91 years old. I graduated high school in 1929, the year of the Great Depression. Life has been tough at times, but throughout, I’ve been a health enthusiast almost all my life, eating health foods and nutritional supplements way before it was popular to do so. In my entire life, the only whole food supplement I ever actually felt a difference from was AFA. Living in Mexico, we can’t as yet get the liquid E3Live yet, but I use Vision’s powdered AFA daily. The benefits have been more energy and keeping my memory sharp, which comes in handy in relating to my young wife, who is 40 years younger than me!”

“I’m actively telling people about E3Live because it’s made such a profound difference in my life and the lives of people I love. As for myself, I no longer have the mood swings, low energy and insomnia connected to a thyroid condition I had for years. Now I no longer need to take medication and these symptoms are gone. As for my family members, my mother-in-law Faye has reduced her medication of 35 years. My wife Arlene’s MRI scan came back and the doctors said her arthritis condition is dramatically receding. I could go on and on, but the best thing to do is to experience E3Live for yourself.”

“One has to be pretty strong physically, mentally and spiritually to give birth eight times. It took a lot out of me but having kids has been the highlight of my life. I’m 50 now. My youngest is 19. Having my kids has been great, but it’s always bothered me that after giving birth to my last child, my overall energy level never fully recovered and, would you believe it? The hair on my head just stopped growing. I took these as signs that my body was struggling to keep going.

Nine months ago, all this changed. A woman at the health food store told me about E3Live. I felt its positive effects immediately. I now have the extra energy after my work and home responsibilities to make up for what I’ve been missing all these years. In the evenings and whenever I can, I’m a regular at aerobics workouts, yoga classes and belly dance lessons. At these classes, people see me in action, come up to me and ask me where I get all my energy. I smile and tell them about E3Live.

That’s on the outside. On the inside, my eyesight has improved and my digestion is better. I feel more tuned in, more intuitive in general, less stressed. And guess what? My hair is finally growing. It’s shoulder length now for the first time in decades. No plan to cut it, either. Before E3Live, I’d resigned myself to accepting that I had reached that time in life where I was on the down-turn as they say “going downhill”. Who would have imagined that a few tablespoons a day of a green liquid superfood could get me on the upswing again?

Needless to say, I feel very grateful to the folks who harvest this miracle food.”