In our sun and stars, it is Active Hydrogen (H-) that generates the light and heat that powers life on earth. And just as Active Hydrogen fuels the sun, so too in the human body, H- is the essential factor in the electrochemical process that produces ATP, the biological energy molecule. Virtually all the millions of biochemical processes that occur every second of our lives are powered by ATP. These facts are well established, but they are so basic that until now they have been overlooked in the world of nutritional science. It took the genius of Dr. Patrick Flanagan to harness the power of active hydrogen for health and longevity. You will be amazed by the anti-oxidizing power of MegaHydrate.

Feel the Difference. We guarantee it!

The Creation of Ultimate MegaH-

For 30 years Dr. Patrick Flanagan’s life work has been to discover the health & longevity secrets of the Hunza people of the Himalayas. The locals claimed that their secret was the cloudy, mineral-rich water that rushes down from the Himalayan glaciers. In studying the properties of this Hunza water, Dr. Flanagan discovered that silica crystals suspended in the water are able to hold negatively charged hydrogen ions (H-). These compounds are technically called silica hydrides. This makes Hunza water a power source, filled with the same active H- that powers the human body. It is this active, negatively charged or extra electron, hydrogen that the body needs to carry out its crucial functions. Dr. Flanagan has recreated “Hunza” silica hydride. Each tablet of Ultimate MegaH- contains 48 milligrams of active (H-) hydrogen, equaling over one trillion electrons.

ATP, adenosine triphosphate, is composed of three phosphates. The breaking of the bond between the second and third phosphates releases the energy to power virtually all cellular processes. Amazingly, we all generate enough metabolic energy to produce our own body weight in ATP every day just to function! Every second, each of our approximately fifty trillion cells consumes and regenerates ten million molecules of ATP. This massive energy generation (ATP production) is the fundamental core function of every human cell. Without it, basic activities such as cellular repair, protein, enzyme, hormone and neurotransmitter synthesis would not occur.

DNA repair and cell reproduction would cease. Our ability to sense the world around us would cease. The negative implication of poor energy generation for our health and vitality levels is significant. Many factors such as aging, poor nutrition and pollution can impede this critical energy. Negatively charged electrons from hydrogen (H-) are the source of the energy needed to generate this staggering amount of ATP. This energy production takes place in the mitochondria of the cells at the final stage of the Krebs Cycle, called the electron transport chain. Typically, the hydrogen comes from the breakdown of carbohydrates from food, which yields hydrogen as well as carbon and oxygen. Ultimate MegaH- is an alternative, electron-rich source of hydrogen to power energy generation.

In fact, Ultimate MegaH- has been shown to double the production of ATP and NADH, according to in vitro studies. (NADH is the coenzyme form of vitamin B-3, niacin, that carries hydrogen to the production site of ATP.) If this alone was all that Ultimate MegaH- could accomplish, it would be the most significant nutritional compound yet discovered. But its properties go far beyond energy generation. Ultimate MegaH- is the body’s most efficient and effective antioxidant. It also increases cellular hydration and the uptake of nutrients into each cell by lowering the surface tension of water (making Wetter Water). And it can improve athletic performance by lowering lactic acid levels during strenuous workouts thereby reducing soreness.

Energy decline: As we age, there is a decrease in our bodies’ ability to generate cellular energy. Oxidative damage may be a primary factor. Many scientists now accept the theory of aging first proposed by noted scientist Denham Harman, M.D., Ph.D., who argued that “aging changes are induced by free radical reactions, largely initiated by the mitochondria … the rate of damage to the mitochondria determines our life span.” Why is this? While oxygen is necessary for human life, the very act of breathing generates free radicals. Our mitochondria, tiny energy production plants, are the chief source of oxidants produced in our bodies. It is believed that these oxidants damage the mitochondria in which they are produced, including the inner mitochondrial membrane, which is the site of ATP production.

This would seriously impair the ability of mitochondria to meet cellular energy demands. The result: signs of normal aging such as impaired memory, hearing, vision and stamina. DNA Damage: Oxidants also can damage the cell’s DNA. Hydroxyl radicals cause DNA strands to break; if breaks occur in both strands of DNA, the cell cannot repair the damage and will die. Normally, the body has mechanisms to correct or remove damaged cells. However, as we age and cellular energy production declines, the ability to correct these errors is significantly reduced. Left unrepaired, DNA errors may be passed on when cells divide. Over time, these errors can silently accumulate, leading to cellular changes that go unnoticed until body system imbalances become evident in the form of the disease.

This process continues, resulting in an inefficient and energy-consuming free radical cascade. But Ultimate MegaH- with negatively charged hydrogen molecule possesses two electrons instead of the typical one. This extra electron can be donated without generating the inefficient free radical cascade. Dr. Flanagan’s profound contribution was his discovery of a method for stabilizing and delivering negatively charged hydrogen (H-). Unlike taking other antioxidants, supplementing with Ultimate MegaH- provides a net gain of free radical quenching electrons into the system.

Additional Health Benefits Ultimate MegaH- has been the subject of many positive research studies:

Increases Cellular Hydration: Water is important to cells, interstitial fluids (surrounding joints, muscles and organs), and the matrix of blood. Since water is used to carry nutrients into the cell, it is theorized that increased cellular hydration also increases the bioavailability of nutrients. It has been theorized that aging results in cellular dehydration. A study was done by Osborn and Salinas, MD at the Texas Institute of Functional Medicines suggests that silica hydride supplements, e.g.. Ultimate MegaH-, increase intracellular, extracellular and total body water levels.

It is theorized they work by decreasing water’s surface tension, allowing water and nutrients to more easily pass through cellular walls, i.e. Wetter Water Assists In Exercise Recovery: During strenuous exercise, the oxygen supply to muscle cells is insufficient to meet energy demands. A controlled study on six healthy males showed that blood lactate levels significantly decreased after exercise when silica hydride supplements were taken for one week before an exercise trial.

Ultimate MegaH- = “The Fuel of Life”

MegaHydrate is the first Active Hydrogen (H-) supplement and a rich source of electrons. Each caplet contains silica hydride 300 mg, yielding approximately 48 mg (H-) ions equaling over one trillion electrons. Electrons from H- are a source of energy to generate the body’s staggering amounts of ATP (energy molecule). Ultimate MegaH- doubles cellular ATP and NADH in vitro. Theorized to be the most potent antioxidant in vitro. May decrease lactic acid levels after exercise. Ultimate MegaH- is the first supplement available in the natural foods industry to provide a large reservoir of freely available electrons to power the body’s diverse energy functions.

MegaHydrate provides a powerful potassium citrate electrolyte for conductivity in all cellular and neurological processes. Electrolytes are critical for electron transport throughout the body. In conjunction with increased hydration, these electrolytes may enhance all body processes.

The Scientist Behind Ultimate MegaH- 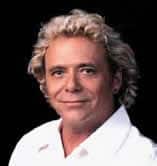 This revolutionary approach to nutrition and health is the brainchild of Dr. Patrick Flanagan. Dr. Flanagan was a child prodigy with an intense interest in electronics, biochemistry and physics. Ultimate MegaH- is the culmination of decades of research to bring the energizing and anti-aging benefits of active hydrogen (H-) to the world. People are reporting effects in under one minute including: improved mental and visual clarity, enhanced physical energy, and significant mood elevation.