Marine Phytoplankton is the original food source sustaining life in the ocean for millions of years. It contains a unique combination of rich nutrients, amino acids, rare trace elements, vitamins and minerals. It’s a renewable and sustainable blend that provides nutrients to your cells in order to restore, strengthen and balance your systems.

The key ingredients in UMAC CORE is Alpha-3 CMP, a complete, whole food containing everything your body requires to keep cells vital and strong. It provides many elements that many of us now lack, including carotenoids, chlorophyll, enzymes, and cellular material not found in this combination in other Green Superfoods.

Phytoplankton fuels life at all levels

Because of poor farming practices, chemicals and additives, our reliance on land-based food sources often leads to deficiencies in micronutrients and trace elements. Our bodies need these elements to perform as nature intended. Left to its own devices, the human body has a marvelous system called homeostasis which keeps all systems in balance. Take away any critical component and the body experiences malfunctions that cause less than optimal performance which, in turn, may lead to disease.

Near the pristine waters of Canada’s West Coast, Tom and Margaret Harper set out to build one of the largest shellfish farms in the world. With Tom’s passion for the ocean and Margaret’s for science, they felt they had the right ingredients to accomplish their dreams. Several difficulties soon arose hampering their quest to produce the highest quality shellfish. New regulations and expensive, low quality feed made it difficult to compete with other farms. Over the next eight years, they spent countless hours researching, testing and analyzing different techniques to grow an alternative nutrient-rich food source.

They developed a patented process creating an algae paste, Alpha-3 CMP (Concentrated Marine Phytoplankton), to feed their shellfish. They soon were producing shellfish up to five times larger than those fed traditional industry food. This catapulted their business, soon everyone was clamoring for their shellfish. To meet demand it became a 24/7 business. Everything seemed great. As business continued to grow and prosper, Tom’s health began to deteriorate. He was given only months to live and was advised by his doctor to get his affairs in order. This was a very trying time in his life as he contemplated leaving behind his family and losing his life long efforts with the Sea Farm. While passing his tanks of Alpha-3 CMP, he considered the amazing health benefits realized by his shellfish seed.

He thought of all the plants in the world and knew many of them had medicinal properties. Something intuitively told him to begin eating the nutritious Alpha-3 CMP paste. Within weeks he started to feel less pain and his energy returned. Was there a possibility these microscopic Marine Phytoplankton grown in the Alpha-3 CMP paste were ready to be presented to the world as a unique untapped source of nutrition from the sea? As he shared his Alpha-3 CMP paste, soon others began experiencing positive shifts in different areas of their health. His focus shifted from producing food for his shellfish seed to finding a way to deliver the paste to a rapidly growing number of people interested in improving their health. This life altering experience changed his perspective of life. He embarked on a journey to share his unique experience with the world.

UMAC-CORE was launched affording all living creatures the opportunity to benefit from these amazing nutrients from the sea!

Marine Phytoplankton forms the essential and vital base of the food chain for most life forms in our oceans. It is imperative that any process used to extract these specific, extraordinary combinations of natural Marine Phytoplankton is done without disrupting the fragile ecosystem. 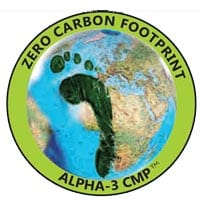 Seawater Collection
We utilize eight one-million liter land based tanks to grow the Alpha-3 CMP blend of Marine Phytoplankton. Great care is taken to ensure our process mimics Mother Nature in all ways possible. Seawater is gravity fed into the facility through an intake tube that runs out 1 km from land to a depth of 25 m.

The collected Seawater that was tested for safety contains:

There, our patent pending proprietary technology is used to re-create the “spring bloom” on land. They then multiply by the billions until the water is dense with these potent, nutrient-rich Marine Phytoplankton.

Spring Bloom on Land
Using a combination of our patent pending technology and photosynthesis, the wild marine phytoplankton reach a density appropriate for harvesting. Once the bloom has reached its full mass, the Marine Phytoplankton are harvested and sent to the manufacturing facility to be processed into UMAC CORE capsules and liquid. High Density Cultures create Alpha-3 CMP primary dominant genera: Skeletonema, Thalassiosira, Chaetoceros, Phylum Chrysophyta, Class Basillariophyceae.

Processing
Our product is tested and processed according to GMP standards in a certified laboratory and manufacturing facility.

At the conclusion of each run of product, a full analysis is performed to ensure the products adhere to the guidelines for heavy metals, yeast, mold and bacteria. Each batch of finished product is accompanied by a Certificate of Analysis.

Giving Back to Mother Nature 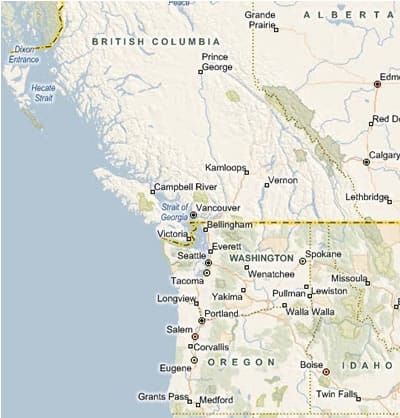 Our facility offers rare contributions to our Earth, which few industrial facilities can match. One of the major threats facing our environment is the release of carbon dioxide into our atmosphere. The journal of Geophysical Research finds that phytoplankton exert a significant and previously uncalculated influence on the Earth’s climate.

Our growing and harvesting process consumes carbon dioxide and emits oxygen back to the atmosphere. According to NASA, phytoplankton are responsible for approximately 50% of the carbon consumption and up to 90% of the oxygen production in the Earth’s atmosphere.

For years, large industrial facilities such as this have struggled with the fine balance of manufacturing products without damaging our environment. Our Sea Farm is not only providing the newest Superfood to mankind, we proudly protect our environment, reduce carbon dioxide and provide oxygen into our atmosphere.

UMAC affiliates with other environmentally and health conscious groups such as Co-op America, Citizens For Health, Integrative Health Network, and the Marine Life Sciences Assistantship with the University of Utah Department of Health.

Complementary and Alternative Medicine is utilized by 62% of the adults in the United States and, of the alternative practices used, “natural products” and diet-based therapies accounted for a substantial portion. According to Alternative Therapies in Health and Medicine, dietary supplementation was practiced by over 38 million adults between 1997 and 2002. A nonprofit foundation has been established in partnership with the University of Utah Department of Health to research the health benefits of Marine Phytoplankton for human consumption.

Glenn Richardson, Ph.D., Professor and Director of Integrative Health at the University of Utah, heads the Research Advisory Board consisting of medical doctors, Ph.D.’s and other health care professionals presently conducting this study. The research intends to identify areas in which the consumption of Marine Phytoplankton improves physical and/or psycho-spiritual health employing a mixed-method approach.

The April 2007 issue of the Journal of Nutrition recites a study by scientists from King’s College in London that found that relatively small amounts of omega-3 fatty acids from marine phytoplankton can lower blood pressure and could ultimately reduce the risk of cardiovascular disease. Extensive research suggests that a sustainable vegetable source synthesized by marine phytoplankton may reduce inflammation, help certain chronic disease such as heart disease and arthritis, and play a crucial role in brain function as well as normal growth and development.

Phytoplankton nourishes all the oceans of the world, but thrives in the pristine waters of the Pacific Northwest. As awareness rises concerning pollution found in the oceans and its impact on marine life & human consumption, the relevance of the location of the Sea Farm becomes of paramount importance.

These waters offer an unsullied pristine marine environment unlike any other in the world.

National Geographic, August 2006
“The tides carry and mix nutrients from immense deepwater upwellings at both the Northern and Southern entrances. What makes these straits an exceptional cauldron of life is the way in which ocean tides interact with freshwater. This creates a vacuum of sorts that draws even more deep ocean water and more nutrients into the straits.”