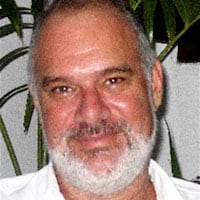 Ongoing drug shortages are now being classified as a “national crisis” affecting the care and safety of severely ill patients.[1] For quite some time we have been reading about the shortages of various drugs in the medical industry, and that includes magnesium sulfate. Another article this week is stating that the shortage persists, and it seems to be affecting all types of drugs, mainly because the pharmaceutical industry is not making acceptable profit from them. The federal government may also be buying up large inventories for their emergency programs and underground bases, who knows?

“Manufacturers get to a point where making these drugs are not profitable, so they close down the production line and dedicate it to brand-name drugs that have higher profits,” said Charles Arrison, director of pharmacy at the East Pennsboro Township hospital. “On top of that, the FDA has been tougher on inspections of manufacturing plants, closing down plants and production lines.”[2]

Shortages of magnesium are being reported and the prices are reflecting this. Reliance Wholesale Inc. was selling magnesium sulfate, used to treat/control seizures in pregnant women, for more than $400 for 25 vials. The drug typically sells for $9 for 25 vials. My book Magnesium, The Ultimate Heart Medicine teaches cardiologists that magnesium is their premier medicine. Magnesium is nutritional oil to the heart; it lubricates and facilitates its function and is nothing short of a miracle medicine for cardiologists. Sadly, contemporary medicine’s place in history has been tarnished by their neglect of the importance of magnesium, for it is absolutely essential for the proper functioning of the heart. 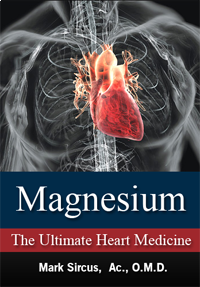 Magnesium’s role in preventing heart disease and strokes is accepted yet cardiologists have not gotten up to speed with its use. Magnesium was first shown to be of value in the treatment of cardiac arrhythmias in 1935 and since then there have been numerous double-blind studies showing magnesium to be of benefit for many types of arrhythmias including atrial fibrillation, ventricular premature contractions, ventricular tachycardia, and severe ventricular arrhythmias. Magnesium supplementation has also been shown to be helpful in angina due either to a spasm of the coronary artery or atherosclerosis. And yet cardiologists still do not use it to a meaningful degree in their protocols.

Magnesium deficiency plays a critical role in the development of cardiovascular disease; magnesium is needed within the cells for the production of energy, which is mission critical for our heart muscles.[3] “Mg2+ is critical for all of the energetics of the cells because it is absolutely required that Mg2+ be bound (chelated) by ATP (adenosine triphosphate), the central high energy compound of the body. ATP without Mg2+ bound to it cannot create the energy normally used by specific enzymes of the body to make protein, DNA or RNA, or to transport sodium, potassium or calcium in and out of cells, or to phosphorylate proteins in response to hormone signals, etc. In fact, ATP without enough Mg2+ is nonfunctional and leads to cell death,” says Dr. Boyd Haley.[4]

An astonishing 40-60 percent of sudden deaths from heart attack may occur in the complete absence of any prior artery blockage, clot formation or heart rhythm abnormalities, most likely from spasms in the arteries caused by magnesium deficiency.[5]
Dr. Carolyn Dean, “The Miracle of Magnesium”

For heart surgeons, magnesium is crucial for it is depleted from the blood during CABG surgery (coronary artery bypass graft).[6] Off pump bypass surgery has now been shown to have a high incidence of post surgical arterial spasm triggered by hypomagnesemia. Postoperative incidence of hypomagnesemia was as high as 89% of patients (40 out of 45 patients) in a study on the causes of post surgical arterial spasm in Japan in 2005. In reality there is no shortage of magnesium and there is no reason in the world to pay $400 for 25 small vials for injection purposes. Under Europe is a 250-million-year-old sea that was trapped and it has a 200-year supply of the purest magnesium chloride (less toxic than sulfate and more absorbable and retainable) and companies around the world sell it under the name of Magnesium Oil.

A doctor or hospital can buy a half-gallon of it for around $50 and that would be equivalent to probably 100 vials. USP grade magnesium chloride can be safely used for all forms of magnesium administration: intravenous (IV), intramuscular injection, oral, nebulization as well as transdermal applications. Hospitals still have not awakened to the fact that the best way of administering magnesium on a regular basis is transdermally (topically). They should be training their nurses to massage their patients with it combining a world class medicine with tender touch and care. Hospice centers also are completely missing the boat and are under-treating their patients because they have not studied Transdermal Magnesium Therapy.

Dr. Sarah Myhill states, “I have never had a patient die following an MI (myocardial infarction) treated with I.V. magnesium.” Once there is an active heart problem the importance of magnesium actually increases considerably. This has actually been noted in medical research since the 1950s.
Christopher Barr

Drugs on the list in short supply are commonly used to treat cardiac arrhythmia, which means that the magnesium is needed now more than ever. Magnesium deficiency induces atrial fibrillation, which is a quivering of the heart’s atria muscle instead of a strong contraction. Magnesium appears to have inherent antiarrhythmic properties.[7] The FDA warning on the atrial fibrillation drug Multaq is a case in point about heart medicines.[8] The FDA halted trials of Multaq after issuing these successive warnings:

Magnesium is the single most important mineral for maintaining proper electrical balance and facilitating smooth metabolism in the cells, so during a heart attack or stroke it’s best to administer it immediately. This is more than useful if one is waiting for the ambulance. Patients at home can simply apply magnesium chloride solutions to their skin for rapid absorption or they can even pour it into a tub for a highly concentrated bath at the first sign of irregular heart rate, thereby possibly saving a trip to the hospital. Atrial fibrillation and flutter are the most prevalent atrial tachyarrhythmias, afflicting nearly two million people in the United States and accounting for 400,000 hospitalizations annually.[11]

I knew just the right drug to calm my patient’s racing heart. I just had no proof it would work.

“Magnesium?” Winnie asked, keeping her tone as loose as an unwinding coil of slack line. “Magnesium?”

I caught her lingering look, but Winnie and I go back six years. Once she was sure I meant it, she produced the vial. “One grain, coming up.”

Mrs. Wu, our elderly patient, had come in gasping for air. She had been shopping with her daughter when suddenly her legs lost power and her lungs grew tight. As soon as Mrs. Wu arrived, Winnie had put her on oxygen; now she seemed a little better. But she still clutched her daughter’s hand and kept up a steady singsong of Cantonese: “Maybe Chinese medicine…” I imagined her saying, then the daughter soothing, “It’s the hospital. They know.”

Mrs. Wu’s electrocardiogram-the tracing of electrical activity in the heart-looked like a Jackson Pollock. Instead of a smooth tracing bringing forth 80 beautifully spaced spikes a minute, it was spitting out a rapid-fire and asynchronous 140 spikes, or heartbeats, a minute. Mrs. Wu’s heart was creating a painting that already had a title: Atrial Fibrillation.

“Okay, okay, give her the digoxin,” I sighed to Winnie. She smiled consolingly. I left the cardiac room to see other patients. Ten minutes later, she was tugging at my sleeve.

“Already?” Puzzled, I said, “Boy, that digoxin worked fast.” Though I knew very well that it usually only slows the rate without making it stable.

“No,” Winnie insisted. “The magnesium.” Then she held up a syringe filled with a clear solution.

“Digoxin. I haven’t given it yet. It was the magnesium.”

“Whoa” was the most intelligent comment I could produce.

We rushed back together. Mrs. Wu’s monitor beeped contentedly at a regular 84 beats a minute. Her daughter smiled at us and placed a hand over her own heart and said, “Much better. Not so fast now.”

“And how,” I thought. Now Mrs. Wu smiled and nodded quickly. A cure.

At that moment, in a flash, as my brain shouted, “Eureka,” I heard the siren call of unscientific thinking. I had scooped even the cardiologists. I would try magnesium on all my A-fibbers from now on. “Oh, we use it all the time,” he informed me with a shrug.

“Know of any good studies?” I asked.

“None,” he answered just as casually. “But it works.” In short, Boston doctors treat atrial fibrillation, the most common arrhythmia, differently from their New York colleagues.

[3] Mitochondria are the little powerhouses found within most cells and are responsible for producing most of the body’s energy. Mitochondria are key for proper neurotransmission and, for obvious reasons, are highly concentrated in cells of the brain and central nervous system. Though scientists are just beginning to investigate mitochondria disease we know that magnesium deficiency is telling on mitochondria dysfunction.

[4] “Bound Mg2+ holds the triphosphate in the correct stereochemical position so that it can interact with ATP using enzymes and the Mg2+ also polarizes the phosphate backbone so that the ‘backside of the phosphorus’ is more positive and susceptible to attack by nucleophilic agents such as hydroxide ion or other negatively charged compounds. Bottom line, Mg2+ at critical concentrations is essential to life. All detoxification mechanisms have as the bases of the energy required to remove a toxicant the need for Mg-ATP to drive the process. There is nothing done in the body that does not use energy and without Mg2+ this energy can neither be made nor used,” says Dr. Haley.