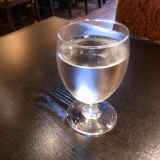 Water sustains all forms of life, including human life. Although water is all around us, it is one of the most mysterious substances on this planet. Scientists are still discovering amazing facts about water.

More than 70% of our body weight is water; that translates into about 10 gallons of water for a person of 120 lbs. It is very important to have a good understanding of water and to drink the right kind of water.

Water is a strong solvent, carrying many invisible ingredients such as minerals, oxygen, nutrients, waste products, pollutants, etc. Sea water is salty because over time, it dissolved minerals and salts from the mountains and carried them down stream to the ocean. Inside the human body, blood (90% of which is water) circulates, distributing nutrients & oxygen, and collecting wastes & carbon dioxides, delivering them to the disposal organs. If water was not a strong solvent, it could not perform these functions.

Since alkaline water has more OH–s than H+s, there are more oxygen atoms in it than in neutral water; that’s why alkaline water is sometimes called oxygen rich water. In the same manner, acid water is oxygen deficient water. An interesting trivial fact is that there are approximately 1025 H2O molecules in a 10 ounce glass of water. If that water has a pH value of 10, there are approximately 1021 hydroxyl ions (OH-) and approximately 1015hydrogen ions (H+). The number of hydrogen ions is one millionth of that of hydroxyl ions, which is negligible.

It is this abundant amount of hydroxyl ions that neutralizes acid hydrogen ions in our body to reduce the accumulated acid wastes, thus reversing the aging process.

The Purposes of Hydration

The body must continuously be in a proper state of hydration. Because 2.5 liters of water is lost each day through normal bodily functions, this must be replaced. There are two major issues that emphasize the need to keep the body adequately hydrated, with water of the best quality, content, and structure so it can maintain homeostasis.

First, the water we put in our body must be able to prevent toxins and chemical substances from accumulating and creating destructive influences on cells. Water must bring all minerals and nutrients required for cell metabolism, and remove any substances that can damage the cell. It must also be able to protect cell walls from damage and invasion.

Second, since water is involved in every function of the body, it must act as a conductor of electrochemical activity, such as neurotransmission, by moving water from one nerve cell to another smoothly and effectively.

Movement of water in the body between cells (extracellular fluid) is caused by osmosis. This is created by magnetic forces in the body, which keep the movement in balance. As water flows, changes in pressure create movement across the cell membranes. Any changes in pressure will allow proteins, minerals and other nutrients being carried by the blood to escape into spaces between vessels and deprive the cells of their vital needs to sustain life. When water in the blood is contaminated with chemicals, it enters the cells and changes their structure, which in turn could lead to changes in DNA. This is the start of the disease process, which is very similar to the aging process.

Much research has been conducted on the effects of energized water on the body’s response systems. Reports from studies suggest that energized water (also called structured or clustered) can help the body resist disease and slow aging by:

Water with added trace minerals can maintain its right balance because of its high mineral content. The most unique feature of energized water is the formation and organization of its molecules. Energized water is naturally formed of smaller molecular clusters, that have a higher density than other water. The smaller molecule clusters make it easier for water to pass readily through cell membranes into the nucleus, for better delivery of nutrients, and removal of toxins & waste materials from the cells.