The alpha XP Factor was discovered in the early 1980’s by Dr. Brice E. Vickery. It has been found to be the probable cause or major contributing factor of many unsolved conditions such as:

Before Dr. Vickery’s discovery, the World’s doctors assumed that normal serum protein levels meant that the cells were receiving the amino acids (protein) that they needed. Dr. Vickery found that nine out of ten persons – do not.

The alpha XP Factor was discovered in the early 1980’s by Dr. Brice E. Vickery. It has been found to be the probable cause or major contributing factor of many unsolved conditions such as hypoglycaemia, back pain (degenerative disk disease), chronic fatigue, fibromyalgia, arthritis, and even osteoporosis. The factor was named alpha; first, x; unknown, P for Protein, which also means first nutrient. Before Dr. Vickery’s discovery the World’s doctors assumed that normal serum protein levels meant that the cells were receiving the amino acids (protein) that they needed. Dr. Vickery found that nine out of ten persons – do not.

Ongoing success with the Vickery Protocol for fibromyalgia both from our websites and referrals has brought us into contact with many advanced doctors in alternative medicine and a new term, regenerative medicine. Dr. Seth Stenseth is one of them. We came together with Dr. Seth as the case doctor and I as a consultant. The case is an eleven year old boy named Chip. Many parents had told us that the indigestion/protein deficiency etc. in autism was the same as fibromyalgia. Although we did not have occasion to examine any autistic children in our fifty years of practice, we became interested because we knew if that were true we would be able to make a contribution in this growing disorder. 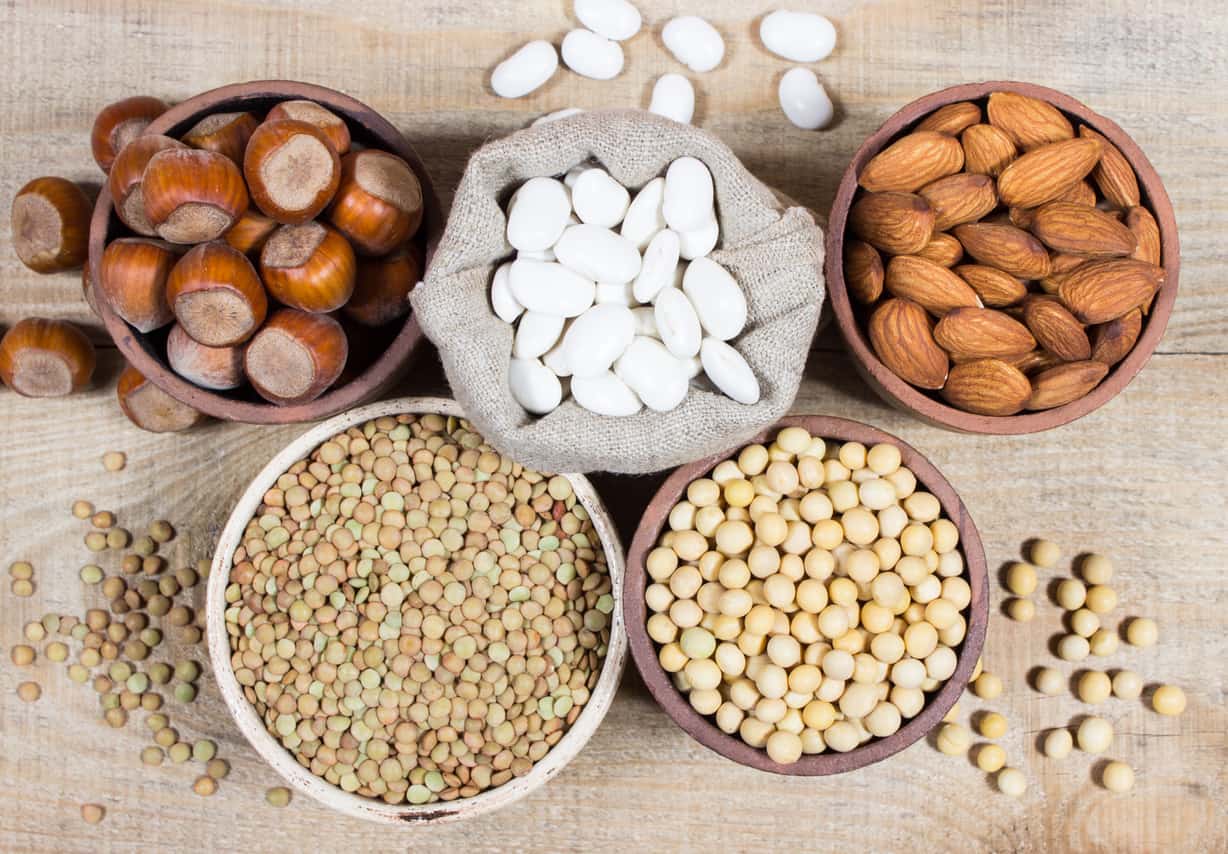 As the inventor of the patented Platinum Plus Amino Acids, it was predicted that many more diseases would yield to our basic finding: 9 out of 10 persons were not utilizing their protein to rebuild the body systems properly and the cause was failure to break down, absorb, transport amino acids to the cells of the body. It is important to note that this is not about the proteolytic enzymes only but carbohydrate and fat enzymes which all need amino acids in their manufacture. Add to that carrier proteins are missing and the minerals do NOT get to the cells, regardless of dosage, resulting in CALCIUM and other minerals – deficiencies.

On top of that vitamin conversions do not take place. If this is true, and the continuing successes attest to that truth, most doctors are working with one hand tied behind their backs!

Essentially the pancreatic and other enzyme systems requirements are running out of gas. Spinal disks respond in 10 hours, stomach HCl also, and the stomach lining heals in about 8-10 days. This is evidenced by the Vickery-Voll Protein Test, The BEV (standing screen test for disks) and the CCT (Confirmatory Challenge Tests) for individual disks, which are kinesiological tests that read the bodies function and pathologies. Many of these were converted from EAV (Electro Acupuncture according to Voll). There are as of this writing no standard tests to equal the previously mentioned tests which were developed in the early 80’s!

TVM (The Vickery Method) and the first findings in autism.

An 11-year-old boy, thoroughly autistic, unable to interact with others, with all classic signs of the syndrome. We tested him using our standard protocol:

The 11 year old patient received the full Vickery Protocol along with office visits with Dr. Stenseth.

His mother reported that she had to give him 12 capsules of Platinum Plus Amino Acids per day and at that dose his stools, which had been liquid for 7 years, became normal and his agitations had greatly lessened. Surmising that he was not getting the Iodine and other minerals (sufficient for all adults) we added powdered kelp between 1-2 tablespoons (available in capsules). The results were dramatic.

Findings: This patient was easier to test so there may be additional findings that would not have shown previously.

These results are extremely rapid after dealing with adults aged from 18 – 70 in the fibromyalgia population. It is estimated that two weeks or so were wasted because of the time taken to bring up the iodine /protein /sulfur dosage up to sufficient levels. The practical treatment time is about three to four weeks. The boy’s bowels are now functioning normally with one or two well formed movements per day. His “cuddle and loving time” has grown by large amounts and his agitation times have diminished.

We are now confident that this young patient will completely eliminate his “invaders” as do his older Fibromyalgia counterparts. What the nervous system will do when unfettered by these elements God alone knows. So we watch prayerfully to see what miracles can be wrought.

The elements of lupus, lymphadenitis, and cirrhosis of the liver were not anticipated in this young patient. Only additional examinations of these poor innocents will tell us since this is our first. We did not find any cadmium, mercury or arsenic. Toxic metals accumulation is a sign of protein deficiency.

Dr. Seth and I did not think it presumptuous with only one case being reported, to relate these startling findings right away if it only helps one child. There still remains the first question when I began to research this condition: Will victory come with treating the child – or, primarily prevention, by pre-pregnancy treatment of the mother (and father)?

Another patient’s amino acid profile was charted as compared before and after treatment with Platinum Plus Amino Acids. The dramatic improvement should not be lost on anyone. 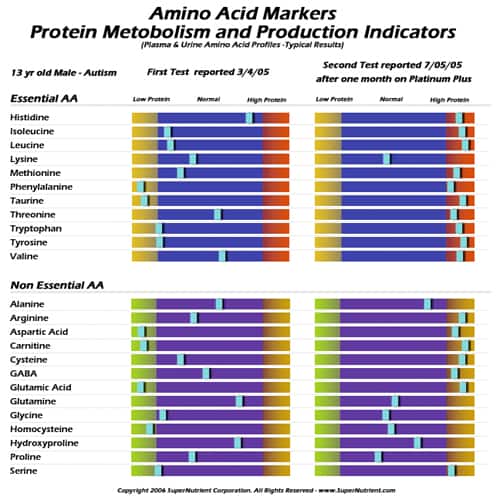