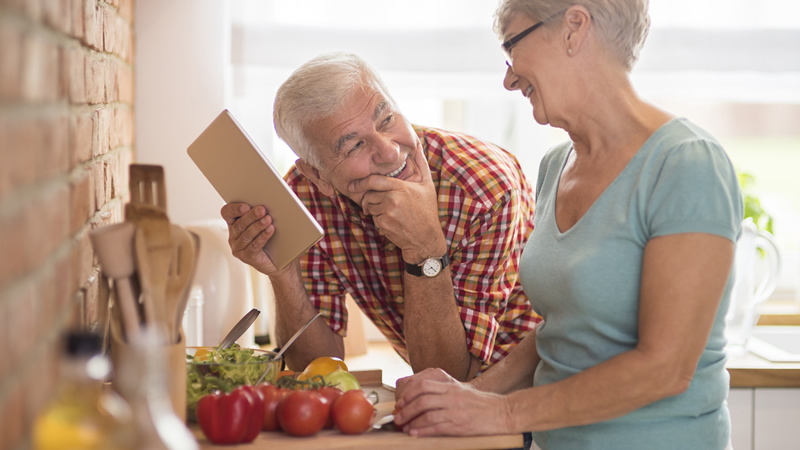 Here we mean by rejuvenation, to bring back the operation of every cell in the body to that state of primordial health that we enjoyed when coastal civilization emerged from the Sea, millions of years ago. We can get an idea of what that state might be by examining the physiology of typical 30 year-old South East Asia “Boat People” who live a very closely integrated life with the ocean. Such people use almost no refined foods, flavor everything with sea water and consume practically only sea vegetables and sea food. This is anything but our western nutritional life style, of course. So, our task is to restore our health to that standard without abandoning our busy western lifestyle. Fortunately, we will see that this is doable in a way that becomes pleasant and fruitful, once we get used to the changes in our diet.

The first two steps are concurrent, 1) detoxifying the over-calcification of the soft tissues and 2) reintroducing the full complement of 80+ minerals from the ocean. Beyond that, we next need to retrain the adult stem cell system to replace “contaminated” cells by healthier cells as the body pursues it normal routine of replacing old cells every few months or years. Here it is important to be aware of the mechanism for replacing older cells by newer ones. When a cells signals that it is ready to go through apoptosis (programmed cell death), it releases a signal that attracts an adult stem cell that is manufactured in the marrow of the large bones. Once a stem cell arrives in the proximity of the old cell, it begins to divide itself and one of the offspring models its new covering after the one of the old cell as it dies, so that we now have a young specialized cell of that organ where the old belonged. The other cell of the division gets poisoned by a derivative of vitamin B17, if all goes well.

In that way, the new cell covering that transmutes a stem cell into a functional organ cell, tends to propagate errors that can come from the genetics at birth or from the nutrition and stress after birth. When stem cells are themselves contaminated by over-calcification, their ability to redress errors in the covering is inhibited by the fact that calcification slows down most of the reactions and processes inside cells, including the proper timing of ATP energy production inside all cells. So, the initial step of rejuvenation is to offer the cells water that is as close as possible to the “living water” inside living cells. MRI studies have shown that when a cell is killed by any means, the NMR water signature inside that cell quickly reverts to that of ordinary (dead) tap water. Fortunately, there are rare mountain springs around the world that offer such living waters with an NMR signature close to that of the water inside a living cell.

The water that is made from distilled water and Volixer Water Concentrate has that living water signature and is available commercially. The next step for most people is to begin the process of detoxifying the over-calcification of the soft tissues while increasing the pH inside the cells. We offer a pair of products for this purpose. The Sea-Relief Beneficial is consumed internally so that its mineral components can easily penetrate the cells via the so-called calcium channel. Once inside the cells, powerful cellular enzymes separate the positive ions (minerals) from the negative ions (mostly bicarbonates). The positive ions will slow down the excessive stimulus to the central nervous system that came from over-calcification and the negative ions will lift the internal cellular pH to the optimum energy production value of around 8.5. This dual function balances the cellular operation in such a way that our next product, can optimally restore the intricacies of the cellular functions of each organ cells.

The third product then, is our Sea-Relief Gel that is applied to the whole body in order to produce the maximum absorption of the complete ocean minerals spectrum, sodium excluded. The unconscious body wisdom will select from this full spectrum, precisely the mineral components that are needed to allow a cell to perform optimally in the organ where it belongs. Lastly but not least, the stem cells must be encouraged to start producing an incredibly complex set of biochemical components that will help conduct the rejuvenation with the greatest speed. It stands to reason that this is best accomplished using a nutritional supplement that has many components and antioxidants. Here the Ellagiplex stands out in the crowd of such supplements and it is the 4th component of this rejuvenation program.

The aim of our rejuvenation activities is to restore the physiology to it natural operation mode. Perhaps not too surprising is the fact that we do not have to make any special effort to prevent diseases. Such prevention occurs naturally as a consequence of greater health. We give two examples here. One of the most feared degenerative diseases is of course cancer. In an ironically fortunate way, cancer is unknown when the cellular system operates in the primordial way of our coastal ancestors. One can trace this remarkable correlation to the way, described above, that adult stem cells are used to replace old organ cells.

When we use the EllagiPlex supplement as our fourth rejuvenation supplement, we introduce substantial amounts of ellagic acid into our nutrition. This component has shown itself capable to accelerate the apoptosis of cell with a low internal pH, such a fungus cells and many cancer cells. Similarly, another dangerous disease relates to cardio vascular malfunctions. In turn, they lead to heart attacks, high blood pressure and strokes. When the soft tissues are decalcified, the cardio vascular system recovers its flexibility, the heart has more energy and the blood pressure normalizes. Cardio vascular malfunctions all but disappear naturally.

Health Maintenance of a Rejuvenated Body!

A healthy body still needs to replace old cells with new ones several times a year. There needs to be a sufficient intake of amino acids, complex carbohydrates and unsaturated fats in the diet, in order to elegantly accomplish this cellular replacement. Amino acids are the building blocks of the proteins needed to build new cells. The main source of amino acids in ordinary nutrition comes from animal proteins. However, 80% of such proteins are broken down by the digestion for energy and the residue of this breakdown are acidic components that end up lowering the pH of the body and contributing, in this way, to many degenerative diseases.

Fortunately, there are several amino acid supplements now available, some at very good price, which do not have this acidic residue negative side-effect. The most obvious source of complex carbohydrates is, of course, organic leafy green, uncooked raw land or sea vegetables. Lastly, one of the best sources of omega3-rich foods is seeds such as raw chia and raw ground flax seeds. Many others are also available. Once these 3 aspects of nutrition are fulfilled, one finds that surprisingly, ordinary cooked food is no longer necessary for good health. Indeed, a healthy body will be able to tolerate and eliminate cooked foods as mild poisons, without creating too much aggravation for the physiology.